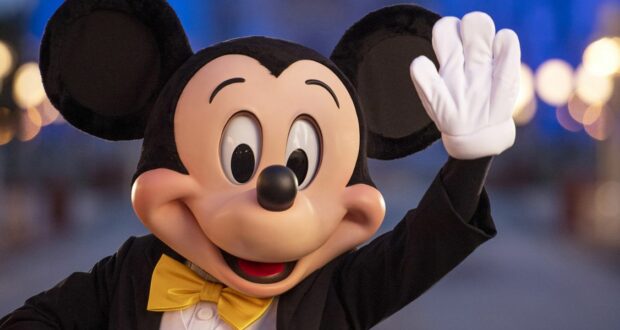 How 2023 Will Look Different at Walt Disney World

With only a few weeks left in 2022, we’re excited to turn the corner into a New Year. With the ever-changing Walt Disney World Resort, here’s what Disney fans should expect to look different in 2023.

It’s no surprise that Disney fans are thrilled that the former CEO of The Walt Disney Company, Bob Chapek, was removed from his position. The sudden news made headlines as the former Disney CEO titan, Bob Iger, returned to the company.

With a new year ahead, we’re hoping to see CEO Bob Iger shake up The Walt Disney Company for the better and remove Chapek-era experiences. Iger already noted that Disney was losing its “soul” under Chapek. We are holding our breath to see what Iger does with experiences such as the Disney Genie, Park Pass Reservation system, Park Hopper options, Annual Passes, Disney Dining Plan, Trams, and more.

We are still unsure if this means all 50th Anniversary theme park experiences will disappear, such as the Fab 50 character sculptures located throughout the four theme parks. We do, however, expect the 50th Anniversary crest to be removed from Cinderella Castle, character outfits to be changed, and more.

Guests will also see the implementation of new experiences for The Walt Disney Company’s 100th Anniversary in 2023.

TRON Lightcycle / Run to Open: The highly-anticipated TRON coaster located in Magic Kingdom’s Tomorrowland is FINALLY scheduled to open in “Spring 2023.” When the attraction opens, it will have been under construction for a LONG five years.

Goodbye, Splash Mountain: Splash Mountain will close forever on January 23, 2023. The iconic yet controversial attraction is being rethemed to “Tiana’s Bayou Adventure” which won’t open until “late 2024.”

Harmonious Gone: Disney has revealed the not-so-popular EPCOT fireworks, Harmonious, are scheduled to end in 2023. While rumors have swirled that “EPCOT Forever” will return to the Disney Park, confirmation has yet to be received.

Closed American Adventure: EPCOT’s iconic attraction, The American Adventure, located in the heart of the World Showcase was recently stripped of its December 2022 reopening. Instead, the attraction is listed to remain closed for at least through February 2023.

Figment Meet and Greet: Not only will Figment be featured in his usual nostalgic attraction, “Journey Into Imagination With Figment,” but Disney has revealed he will have a meet and greet for Park Guests in 2023.

Toy Story Restaurant to Open: Woody’s Rodeo Roundup BBQ restaurant is scheduled to open in “Spring 2023” in the Toy Story Land portion of Disney’s Hollywood Studios. This restaurant will be a table-service restaurant featuring a colorful interior and delicious food.

Dinoland Construction: While Disney has yet to confirm what exactly is going to take over in the current DinoLand U.S.A. portion of Disney’s Animal Kingdom, we do suspect construction will be underway in 2023. At D23, Disney made mentions of “possible” additions of Moana and Zootopia-themed experiences in this area.

Summer House Opening: A new Disney Springs restaurant is on the way! Summer House on the Lake will open in 2023 in the West Side portion of the shopping, dining, and entertainment district.

Construction on Polynesian Tower: Disney closed the beloved Spirit of Aloha Dinner Show to make way for a new Disney Vacation Club tower of hotel rooms at Disney’s Polynesian Village Resort. Construction is currently underway at the Resort, and we expect to see the building erected in 2023. The hotel addition won’t be complete, however, until 2024.

BoardWalk Changes: Disney’s BoardWalk Inn Resort is preparing to welcome a new coffee shop called Carousel Coffee within its lobby. Additionally, located just outside of the Disney Resort Hotel, on the Boardwalk, Disney will soon welcome the Cake Bake Shop, which will be both a table-service restaurant and a bakery.

And this is just the tip of the iceberg! With Disney seemingly always on the move, we suspect several additions, changes, enhancements, and more as we roll through 2023. As usual, we will be sure to keep Disney Dining readers updated as we spend 2023 enjoying Walt Disney World.