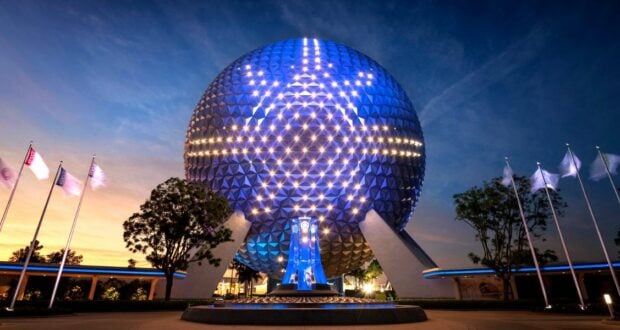 Disney Park Guests visiting EPCOT for the busy holiday season will want to take note, as EPCOT’s iconic World Showcase attraction is now scheduled to remain closed with no reopening in sight.

January 2023 is shaping up to be a busy refurbishment month for Walt Disney World Resort.

At Magic Kingdom Park, Guests are still waiting on the reopening of the Walt Disney World Railroad, which has been closed since 2018 due to TRON Lightcycle / Run construction. Additionally, Disney has announced Big Thunder Mountain will undergo refurbishment in January. This is also when Splash Mountain will close forever to make way for Tiana’s Bayou Adventure.

Disney’s Animal Kingdom is also preparing for the lengthy closure of its water ride experience, Kali River Rapids, in January 2023.

Moving over to EPCOT, Disney fans can expect to see the continued construction work on the World Nature neighborhood near the front of the Disney Park as Walt Disney Imagineers work to create Journey of Water Inspired by Moana.

In the World Showcase neighborhood, however, an iconic attraction has remained closed for months, with Disney recently stripping its reopening date from the calendar.

The American Adventure, located in the heart of the World Showcase, has been closed since September 19, 2022, when it closed indefinitely. Guests were excited however when the attraction was finally noted as reopening on December 17, 2022.

Unfortunately, the attraction did not reopen on December 17, 2022. Instead, all dates and times have been removed from the refurbishment calendar, leaving us with no signs of The American Adventure reopening anytime soon.

No further updates are shared on the Walt Disney World website as to why the attraction refurbishment is taking longer than initially shared. The site still reads, “The American Adventure is currently closed for refurbishment. Please check back here for updates.”

If you’ve never experienced The American Adventure, it’s an incredible theater-style show that shares the retelling of the nation’s history. Disney describes the attraction as “An Epic Journey:”

Take your seat in a stately Colonial theater and meet Benjamin Franklin and Mark Twain—your guides on this trip through time.

Witness landmark events like landing of the Mayflower, the Boston Tea Party, the winter at Valley Forge, the penning of the Declaration of Independence, the Civil War and the Great Depression.

You’ll even encounter luminaries like Susan B. Anthony, Frederick Douglass, Thomas Jefferson, Chief Joseph and Teddy Roosevelt, among others.

As always, we will keep Disney Dining readers updated as we learn more about what’s to come for The American Adventure attraction.

2022-12-19
Jamie Sylvester
Previous: Universal CEO Thinks They Have Disney Animation Beat. Is He Right?
Next: How 2023 Will Look Different at Walt Disney World