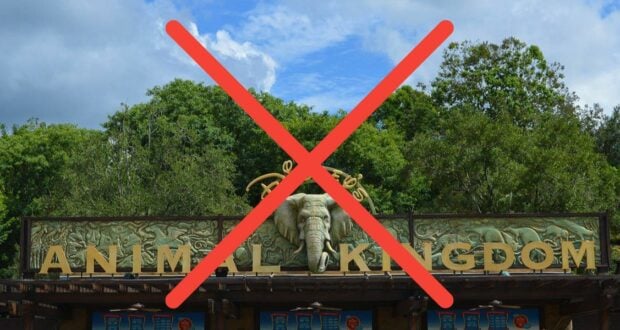 January 2023 is shaping up to be a busy maintenance month for Walt Disney World Resort. Now, a Disney’s Animal Kingdom attraction is scheduled for indefinite closure.

If visiting the theme parks in January, Disney Park Guests should note several closures are ahead.

Not only is the Walt Disney World Railroad still scheduled to be closed through January, but Big Thunder Mountain Railroad will close for refurbishment. Additionally, the iconic Splash Mountain attraction will be closing forever in January as it makes way for the new Tiana’s Bayou Adventure.

It looks like Disney’s Animal Kingdom will also be down one ride as Kali River Rapids, the water ride adventure in the Asia portion of the Park is closing indefinitely in January.

Of course, other options are also available in the Park, such as popular shows including Festival of The Lion King and Finding Nemo: The Big Blue… and Beyond.

Disney has yet to list a reopening timeframe for Kali River Rapid. We suspect Disney is taking advantage of the cooler weather months to provide annual maintenance.

If you’ve never experienced Kali River Rapids, try to enjoy it before January 9, 2023. Disney describes the attraction as a chance to “Raft Down a Rip-Roaring River” with:

Skim across an erupting geyser, drift below a canopy of lush vegetation and be whisked along fast-moving rapids. Graze gushing waterfalls and bedrock amid the raging current. Then, as the harmony of nature is disrupted, you’ll plummet down a dramatic 20-foot slope!

You Will Get Wet: You will surely get splashed on this attraction—and you may even get soaked. Guests wishing to remain dry are encouraged to bring a waterproof poncho, extra clothes or a towel to dry off.

As always, we’ll be sure to keep Disney Dining readers updated as we learn more about Kali River Rapids’ closure.