“To all who come to this happy place, welcome!” – Walt Disney

Welcome to DisneyDining.com, the place to be for delicious Disney foodie content, for tips and tricks for planning the most magical Disney Parks vacations ever, for the best in Disney nostalgia and history content, and for the most up-to-date and credible Disney news from around the globe.

We’re so glad you’re here! We invite you to sit back, relax, and stay a while! If you love Walt, Disney, and the Parks as much as we do, you’re in the perfect place to enjoy news, information, tips, ideas, history, and feel-good stories with a Disney twist. But before you get started, we want to introduce you to the Disney superfans (and certified Disney Adults) that make up our fabulous team of writers!

Becky is a Georgia native who grew up in the Lone Star State, and she has been visiting Disney Parks since she was 11 years old. To this day, she remembers the joy that filled her soul when she saw the lights of the Main Street Electrical Parade for the first time and heard the iconic music from the nighttime spectacular. It would be a memory that forever stayed with her and grew her love for Walt Disney World from the very first moment.

Becky is a Parks history fanatic and loves to write about Walt Disney, Disneyana and nostalgia, Disney Parks through the years, PIXAR, and Imagineering. When she’s in the parks, you’ll find her croonin’ with the birdies in the Tiki-Tiki-Tiki-Tiki-Tiki Room, creepin’ in the Haunted Mansion, or hangin’ with Woody and Buzz at Toy Story Land. Still can’t find her? Look again wherever the Imagineers are congregating.

Becky believes that Walt Disney was so much more than an entertainment and theme park tycoon. She believes he was a savant with a vision for life and how it could be if happiness and kindness are strived for.

When she’s not in the parks, you can find Becky at home in Texas, writing about her Disney Parks adventures, sharing the Magic with the written word, and defending Walt’s posthumous dignity with searing OpEd pieces. When she’s not eating, sleeping, breathing Disney, you can also find Becky singing to her baby shih tsus and hangin’ with her four teenagers as she learns her way around Minecraft and The Sims.

She loves to read and watch The Golden Girls, and she loves everything to do with Disney Parks and Universal Studios. Figment is her favorite Disney character, and she believes that Dole Whips are one of the major food groups.

She believes in remembering “that it was all started by a mouse,” which could explain why her two favorite Disney movies–The Rescuers and The Great Mouse Detective–feature the adorable little creatures.

Jill Bivins has been visiting Disney Parks since she was 2 years old and loves sharing her Disney adventures with the world. To this day she still swears her first word was Minnie (though her mom is quick to correct her and say it was “mama”).

Jill discovered her love of writing in the second grade and hasn’t put down her pen yet. As a third-generation Disney lover and second-generation writer, she likes to say Disney is in her blood, and writing is in her bones, so any time she has the opportunity to combine these loves, she is one happy camper.

Her favorite hobby is converting naysayers into avid EPCOT fans, and she is often found passionately extolling the park’s many virtues. Figment is her all-time favorite character, and Dreamfinder still holds a special place in her heart.

While Epcot is her favorite park, as a diehard Star Wars fan, Hollywood Studios is near and dear to her as well. She cried the first time she saw Galaxy’s Edge, and she’ll tell anyone who’ll listen that Han most definitely shot first.

When she isn’t exploring or writing about Disney Parks, Jill is homeschooling her 7-year-old son or pretending to be a farmer on her family homestead (despite being unable to keep even a
cactus alive). 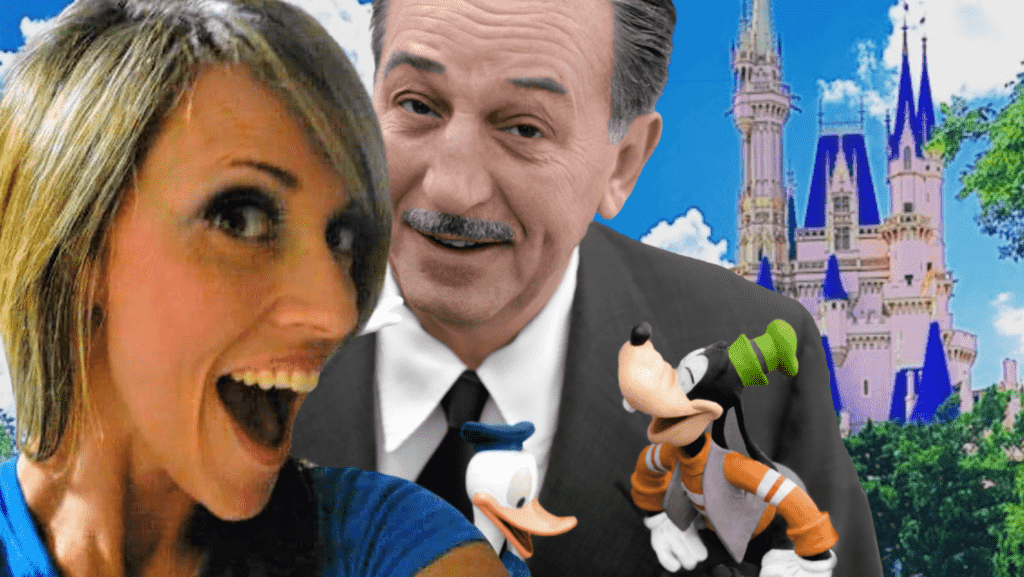 I. Am. Rebekah Reimagined, and #iwritedisney.

Caitlin has been visiting Walt Disney World since she was a child and has developed a deep love and appreciation of the Disney Parks with a particular interest in the small details and history that can be found all around.

Visiting every chance she gets, Caitlin loves to enjoy the ambiance of the Disney Parks and try something new every time. She can often be found eating and drinking her way through the EPCOT International Food & Wine Festival, enjoying the Haunted Mansion attraction, sipping on a Lapu Lapu, pretending Illuminations: Reflections of Earth is still in existence, and enjoying seeing the magic through the eyes of her children.

When she’s not at Walt Disney World, Caitlin can be found at home in New York dreaming of a ride on Living with the Land and counting down the days until her next trip.

Jamie considers herself a Disney nerd: a kid at heart who loves the magic and memories of Walt Disney World. She follows all things Disney and enjoys vacations, day trips, and weekend getaways to the parks, and she geeks out over the planning of such events. She’s on a mission to experience as many Disney desserts and Disney cocktails as possible!

Jamie is married to another Disney nerd and blessed with a daughter and a son. Jamie and her family thoroughly enjoy the magic at Disney and want to help others experience the magic as well.

EPCOT has been her favorite park since she was a child, and she credits the experiences she had at EPCOT as a child with her interest in, and love for, international travel. As a child, Katie loved meeting characters and watching films around World Showcase and could spend hours exploring each of the countries at EPCOT.

These days, Katie and her husband get away to explore a new country whenever they can and even incorporate trips to the Disney Store and Disney Parks around the world in their travels. One of their travel goals is to visit every Disney Park in the world. Katie loves writing about Disney restaurants, Disney Parks tips, Disney outfit inspiration, and Disney history. Pocahontas is her favorite Disney Princess (90s kid!), but she says Mr. Toad is her spirit animal.

When Katie’s not at a Disney Park, she’s reading about Parks history, watching Disney documentaries, or shopping for vintage Disney merch for Park outfits. She never passes up a reservation to ‘Ohana, an empty seat on Living with the Land, or a Violet Sake.

Whatever you love about Disney, you’ll find more to love about it here! Once again, welcome to DisneyDining.com!