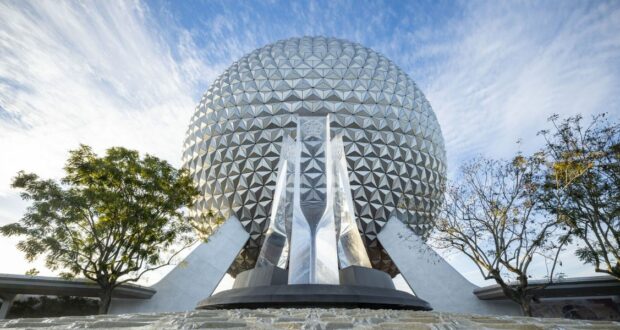 Great news, Disney fans! Disney has quietly revealed the reopening date of one of EPCOT’s most iconic attractions, The American Adventure.

While much of the focus has been on World Discovery’s new roller coaster, Guardians of the Galaxy: Cosmic Rewind, and World Nature’s highly-anticipated Journey of Water Inspired by Moana, we’re focusing on the fan-favorite World Showcase.

As Disney Park Guests travel around the World Showcase lagoon through the different countries (AKA Pavilions), they will find the American Adventure Pavilion located in the middle of the world tour.

Here, the nostalgic American Adventure theater show has been closed for refurbishment since September 19, 2022. Thankfully, the beloved Voices of Liberty have still been performing in The American Adventure rotunda throughout the closure.

While no opening date was released for the indefinite closure of The American Adventure, Disney’s calendar is providing insight into the reopening of this retelling of our nation’s history.

When viewing the Walt Disney World refurbishment calendar, we noticed EPCOT’s The American Adventure is listed through December 16, 2022. The great news, however, is that beginning Saturday, December 17, 2022, the iconic attraction is no longer on the list of refurbishments.

Disney has yet to reveal any possible refurbishments completed, but we suspect with the 35 audio-animatronic figures, lengthy maintenance is needed on occasion.

Currently, the Disney website still describes the show as “An Epic Journey,” including:

“Take your seat in a stately Colonial theater and meet Benjamin Franklin and Mark Twain—your guides on this trip through time.”

“Witness landmark events like landing of the Mayflower, the Boston Tea Party, the winter at Valley Forge, the penning of the Declaration of Independence, the Civil War and the Great Depression.”

“You’ll even encounter luminaries like Susan B. Anthony, Frederick Douglass, Thomas Jefferson, Chief Joseph and Teddy Roosevelt, among others.”

We will be thrilled to see this iconic EPCOT attraction make its grand return on Saturday, December 17, 2022, just in time for the EPCOT International Festival of the Holidays and the Candlelight Processional.