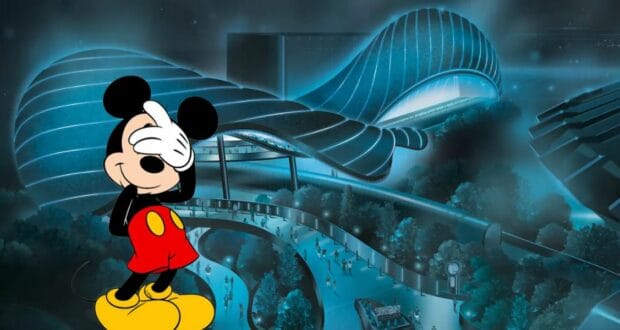 One of these days, we’re going to be able to announce Magic Kingdom’s highly-anticipated rollercoaster of almost 6 years now is open to the public. But today is NOT that day. In fact, TRON Lightcycle / Run instead continues to cause extended closures.

Construction for TRON Lightcylce Run, the Magic Kingdom Park roller coaster in Tomorrowland, first began in 2018. The progress of the attraction’s development has seemingly been at turtle speed. With the news of TRON opening in “Spring 2023,” we will have waited 6 years before riding the attraction.

Not only has the waiting game and construction been difficult for eager Disney fans, but the rollercoaster has also caused the closure of surrounding experiences.

The nostalgic Walt Disney World Railroad closed on December 3, 2018, to make way for the roller coaster’s construction. While Disney has teased multiple times about the locomotive’s reopening, it’s been difficult to sit and watch the progress of the train tracks being installed through TRON’s train tunnel, as you can see in the video below:

The Tomorrowland Light & Power Co. closed on August 1, 2022. The shop was noted on the refurbishment calendar as reopening in November, but instead, the shop has been listed with extended closure on the Walt Disney World calendar.

Will Tomorrowland Light & Power Co. keep getting its refurbishment extended due to TRON’s seemingly unending construction? Only time will tell!

As always, we will be sure to keep Disney Dining readers updated as we learn more about Disney’s closures, refurbishments, and possible reopenings.