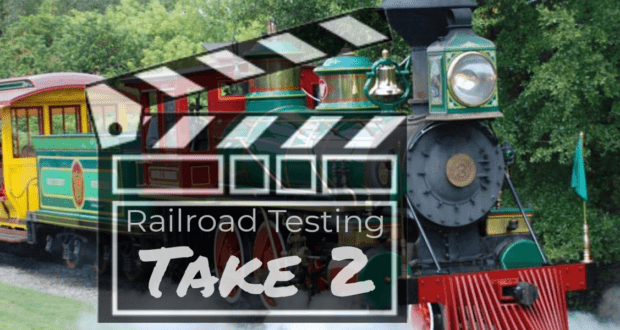 We’re experiencing Deja Vu! Walt Disney World has just released a video announcing that the Walt Disney World Railroad has just begun testing… again. The video, which shows the train gearing up to resume operations, has been shared before, one like it at least. In March, Disney told fans they were beginning testing. Everyone got very excited.

Today, Disney released an almost identical video with identical wording. This time around, no one is excited. Since we don’t yet own a time machine, we can only assume that we are in October and haven’t slipped back to March. So rather than excited, we are just a bit confused.

Fans took to Twitter to express their feelings about the tease, and it’s safe to say no one is buying it.

Many users had feelings similar to this one and doubted that the testing meant anything significant. Despite the website claim that the Railroad will be open by Christmas, most fans seem to think it won’t return until Tron is open. When will that be? Your guess is as good as ours. So far, Disney has announced it will open sometime in Summer 2023.

Ben had jokes, pretty funny jokes if you ask us. He sarcastically suggested the classic attraction will be back in 2055. Considering the train hasn’t been open once this decade, he may not be wrong. The Walt Disney World Railroad closed on December 3, 2018, to reroute the track in Tomorrowland for the construction of Tron Light Cycle Power Run, a brand new coaster in Magic Kingdom that is taking an infamously long time to build.

Max also expressed his frustration with the tease. Every time we’ve turned around recently, Disney has teased this attraction’s reopening. It’s beginning to feel a bit like the boy who cried wolf, as Max adeptly pointed out. 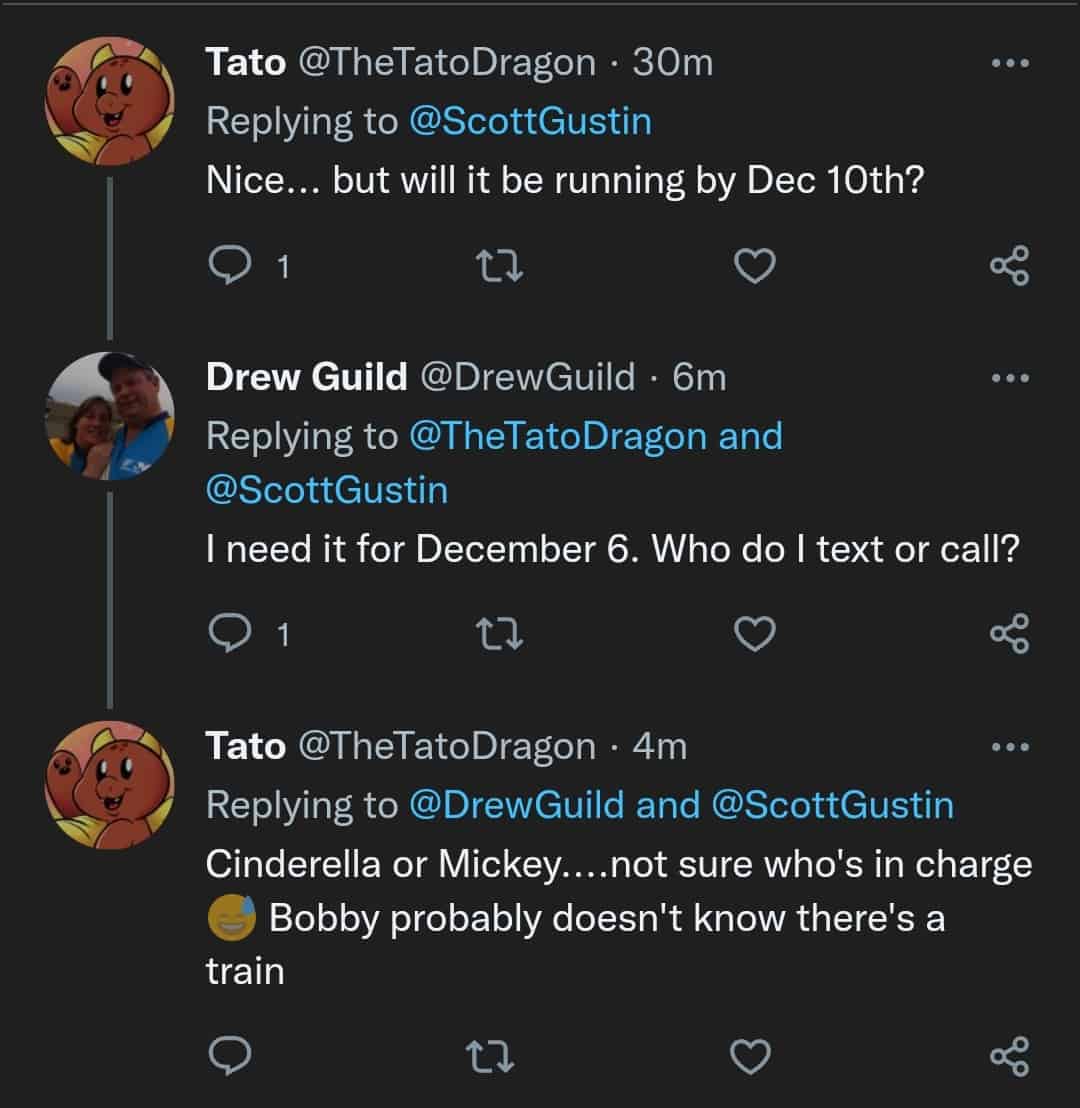 Ah, Bob Chapek hate. Fans never tire of that one. This humorous exchange suggested that Disney CEO is so out of touch that he doesn’t even realize there IS a train.

If you’d like to see the Walt Disney World Railroad teaser (take 2) for yourself, check it out below: