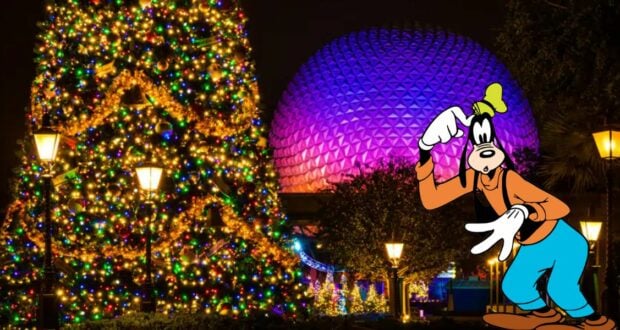 Pumpkins and fall decor may still fill the Walt Disney World Resort Parks and Resorts, but Disney is already preparing for a joyous holiday season ahead. As we plan to attend the ever-so-popular EPCOT Candlelight Processional, take note, as Disney has made an adjustment.

Not only are Disney fans preparing for the grand return of Mickey’s Very Merry Christmas Party at Magic Kingdom Park, but EPCOT will be the shining star this holiday season with its fan-favorite EPCOT International Festival of the Holidays.

RELATED: A Complete Guide to Christmas at EPCOT in 2022

The Disney Park fills with stunning holiday decor, storytellers around the World Showcase, and all the sweet treats and enticing sips a Disney fan’s heart could desire! But the favorite experience at EPCOT over the holidays seems to be the popular EPCOT Candlelight Processional.

EPCOT’s Candlelight Processional offers Guests a chance to hear the stirring story of Christmas as told by a celebrity narrator with the Voices of Liberty acapella ensemble, a 50-piece live orchestra, and glorious massed choirs. The experience is not to be missed and always draws a huge crowd in EPCOT’s American Adventure Pavilion at the America Gardens Theatre.

Disney recently released the full lineup of celebrity narrators, which includes highly-anticipated stars such as Whoopi Goldberg, Josh Gad (voice of Olaf in Frozen), and the fan-favorite Neil Patrick Harris.

But, a recent adjustment has been made to the narrator list. Disney has removed the previously announced Edward James Olmos and replaced him with Chita Rivera for the dates of November 27 – 29. Here’s the full, updated lineup below:

Why the change? Disney has not stated why Edward James Olmos was removed. Olmos, a talented actor, is best known for his role as Lieutenant Martin “Marty” Castillo in Miami Vice. For Disney, Olmos voiced El Diablo in the 2008 Disney film Beverly Hills Chihuahua, Mito in the English dub of Nausicaa of the Valley of the Wind, Randy in Bless This Mess, Robert Gonzales in Agents of S.H.I.E.L.D., and Chicharrón in Disney/Pixar’s Coco.

Olmos has been replaced by Chita Rivera, an American actress, singer, and dancer best known for originating roles in Broadway musicals, including Anita in West Side Story. Rivera, the two-time Tony Award winner, has visited Disney Performing Arts students at EPCOT in the past.