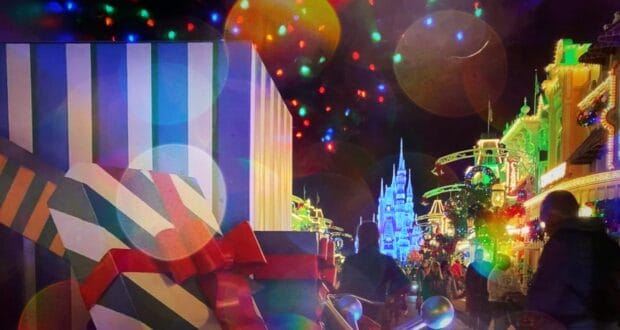 It’s beginning to look a lot like….Christmas? It’s that magical time of year where the holidays all blend together and create one of the best times to be at Walt Disney World. While they haven’t started decorating yet, they have started planning, and this Christmas promises to be one you won’t want to miss. From special decorations, to holiday food, to fireworks and parades, this time of year never disappoints! Find out all of the special events happening during the most magical time of year at The Most Magical Place on Earth. It even snows on Main Street USA! Snow in Florida? It’s a Christmas miracle!

Magic Kingdom and EPCOT are tied in my book for the most magical Parks at Christmas. They truly capture the spirit of the season in very different ways. Magic Kingdom celebrates the joys of being a kid at Christmas and encompasses the wonder of this time of year. 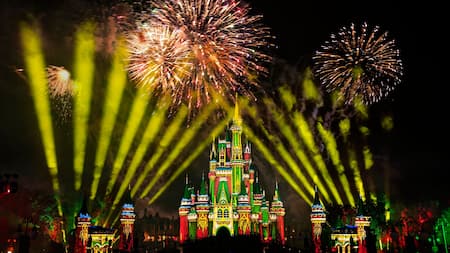 Returning this year are the holiday projections on Cinderella Castle. While we love the Dream Lights that typically adorn the Castle, they’re just not possible with the decorations for Walt Disney World’s 50th anniversary celebration. Instead Disney has debuted a wonderful projection, much like the one over at Hollywood Studios, that turns the castle into a dazzling array of Christmas imagery (our favorite is the Christmas Sweater). 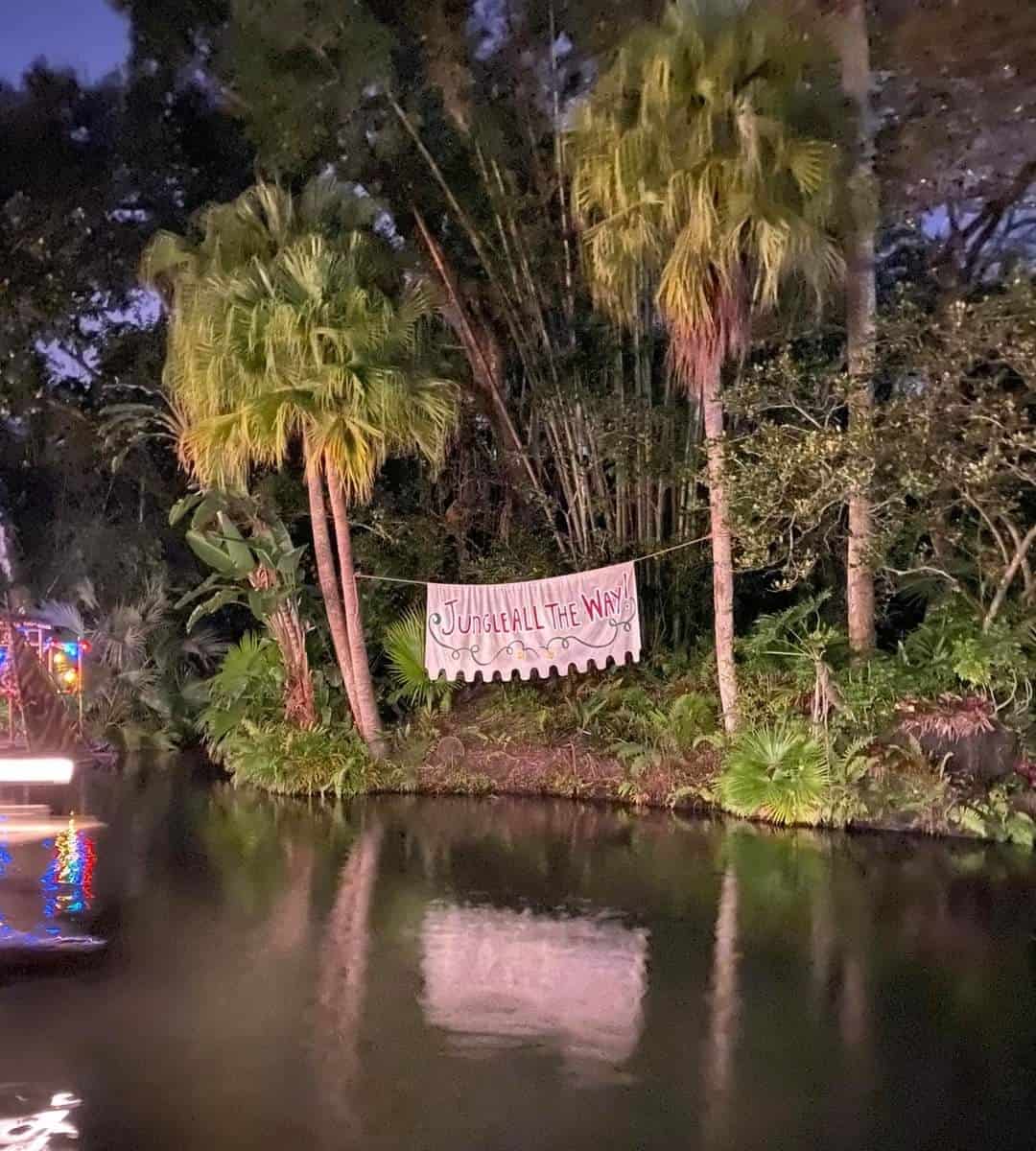 This is quite possibly Disney World’s best holiday overlay to date. Every year the Jungle Cruise transforms itself into the festive Jingle Cruise. The show still features all of the typical puns you’d expect from the classic ride but sprinkles in some holly jolly humor and Christmas decorations throughout as well. The Ride begins with a speil from the Skippers who are homesick and wanting to celebrate Christmas, so they’ve decided to throw a festive holiday of their own…with their own ill-advised twists and bad luck of course. No spoilers but you don’t want to miss the fun. 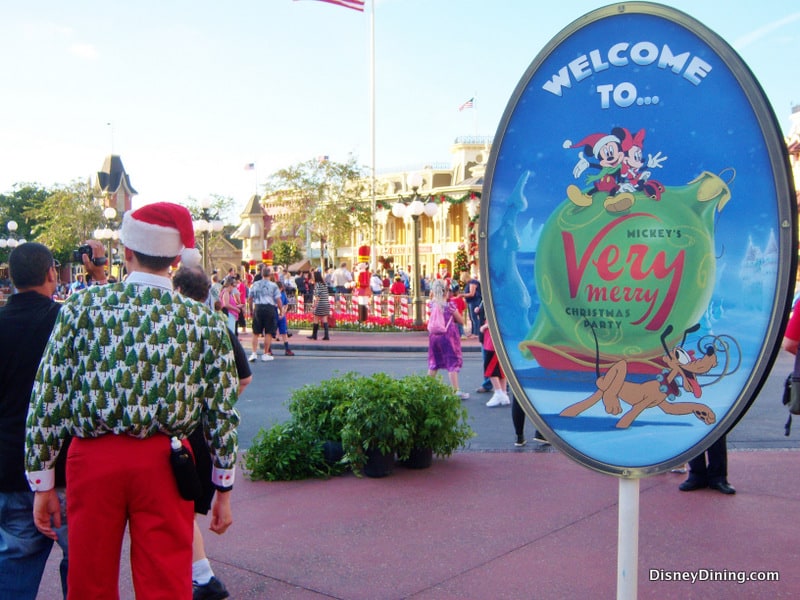 Our favorite hard ticket event is back this year! This year marks the return of Mickey’s Very Merry Christmas Party after a two-year hiatus. This festive party features unlimited hot cocoa, cider, and Christmas cookies, which brings a delicious element to the very Merry celebration! The main draw of the party is shorter lines as capacity is significantly limited so you’ll get to experience all of your favorite rides with very little wait times. Depending on the time of the season, there’s also an exclusive fireworks show, stage show, and parade during the party as well. In the days before Christmas however, these offerings are available during the day to everyone. 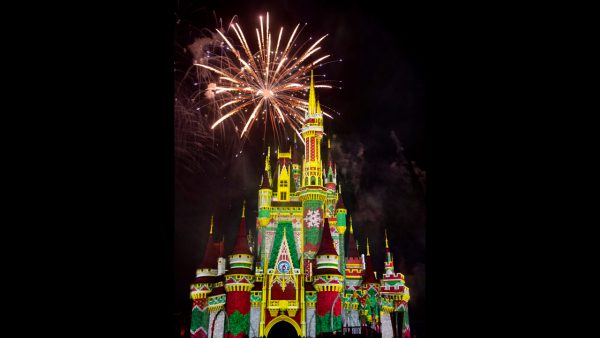 The music of “Wonderful ChristmasTime” by Paul McCartney fills the air as the images of home and family projected on the castle in this heartwarming and wholesome ode to the holidays! Holiday colored fireworks fill the sky and can be seen all over the park, but for the best experience you’ll want to watch from Main Street USA. 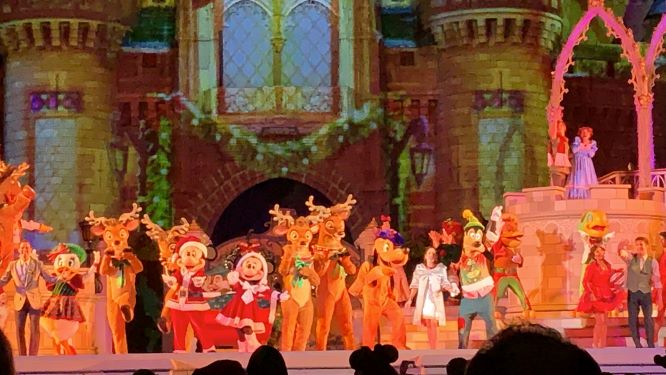 Join Mickey, Minnie and all of their pals as they celebrate Christmas the way they do best: in song! The gang sings popular Christmas with Cinderella Castle as a backdrop all leading up to the snow filled singing and dancing finale! Showing multiple times throughout the night (and day later in the season), this show is very popular so to get the best view, try and catch the last one of the day.

Mickey’s Once Upon A Christmastime Parade 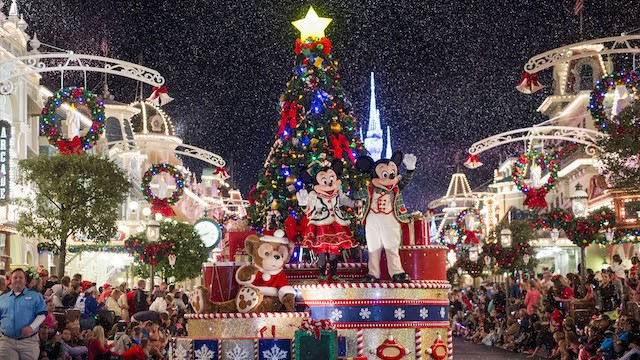 This very merry Christmas parade is a Christmas tradition for homes all over the world! While it differs slightly from the version you see on your TV on Christmas morning (there are no celebrity singers during the regular parade) the parade is largely the same. Mickey is dressed up as Santa as he and his pals along with all of your favorites from Disney and Pixar dress up in Christmasy costumes and make their way down Main Street…in the snow! The parade wraps up with none other than the big guy himself! No, not Mickey, Santa waves at guests as he flies down the parade route in a grand sleigh!

Christmas at Magic Kingdom is truly one of the most special times of year! If you’ve never visited during the holiday season, we highly recommend you go and experience all this park has to offer! Of course, don’t forget to check out Ye Olde Christmas Shoppe in Liberty Square which is open all year long!

2022-10-08
Jill Bivins
Previous: Did You Know: The Sanderson Sisters Were Based on REAL People!?!
Next: Complete Guide to Christmas at EPCOT!