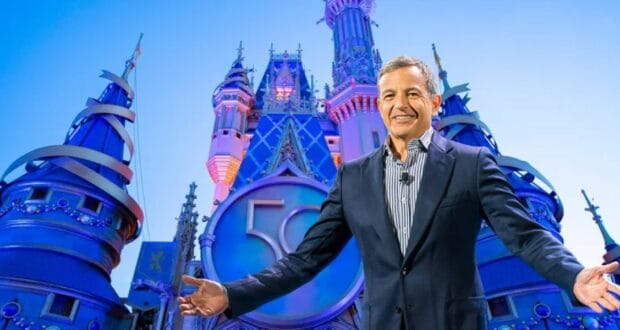 Yes, it’s really happening. After years of fan and Cast Member dissatisfaction with The Walt Disney Company, Disney has finally made the decision to remove the Disney CEO Bob Chapek from his position as of November 20, 2022.

As if that news wasn’t shocking and exciting enough for the Disney fandom, Disney also shared it would be bringing BACK its CEO titan, Bob Iger.

Disney CEO Bob Iger is back and wasting no time implementing necessary changes. Right away, Iger sent a message to The Walt Disney Company employees with heartfelt words.

On the first full day in the office, Bob Iger sent a message to all staff asking them either be “Mad for the Mouse” or get out. He also removed Bob Chapek’s right-hand man, Kareem Daniel, the now former Chairman of Disney Media and Entertainment Distribution.

The Disney stock soared, and fans and Cast Members are celebrating the return of Iger. But… he does have a HUGE mess to clean up as he attempts to get the company back on its feet.

As news makes way about the Disney Executives that led the rebellion for Chapek’s removal, we are learning Iger has already diagnosed the reason for Disney’s downfall.

According to Iger, Chapek was causing Disney to lose its “soul”… the one word to sum up what’s been missing.

According to the report from @nytimes, Iger “lamented Mr. Chapek’s seeming lack of empathy and emotional intelligence, which resulted in an inability to communicate with or relate to Hollywood’s creative community.”

Iger’s diagnosis of Disney losing its “soul” seems spot on, which is what Disney Park Guests have been feeling recently.

We aren’t sure if Mr. Iger will work to remove Chapek instituted money-makers such as the upcharge Disney Genie+ and Lightning Lane service (vs. the former FREE FastPass+ system), the Disney Park Reservation System, the 2 p.m. Park hopping limitation, lack of Walt Disney World Annual Passes, and missing Disney Resort Guest perks such as Disney’s Magical Express and MagicBands.

We also don’t know yet what Iger plans to do with the seemingly easy Guest satisfaction fixes that have been overlooked, such as the lack of the return of parking trams at all Disney Parks or the reopening of fan-favorite restaurants such as 1900 Park Fare at Disney’s Grand Floridian Cafe.

We do, however, hope that much like former Parks-focused CEO Michael Eisner, who recently welcomed Bob Iger back to the company, Iger will take a deep look at Disney’s “soul” and truly dive into what has been missing from the fandom and Cast Members perspective.

RELATED: Fans Want Michael Eisner and Bob Iger to Be the Next Walt and Roy Duo

Bob Iger seems to be the CEO that can pump life back into Disney’s “soul,” but only time will tell.

As always, we will be sure to keep Disney Dining readers updated as we learn more about what’s to come for the newly returned Disney CEO, Bob Iger.

2022-11-22
Jamie Sylvester
Previous: Soarin’ Over California to Return for Limited Time Only
Next: NEW Holiday Show to Debut at EPCOT