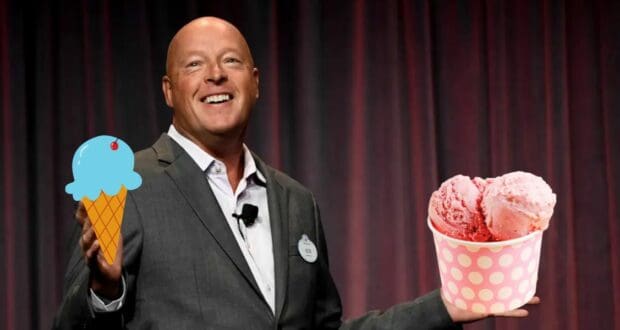 The shocking news has dropped that The Walt Disney Company CEO, Bob Chapek, was removed from his position on the evening on November 20, 2022. The news sparked one restaurant to give away a free treat to Disney Cast Members.

It’s no secret that Disney’s former CEO Bob Chapek was a disappointment to the Disney fandom and Cast Members. While Chapek arrived in the CEO position at the brutal height of the COVID pandemic, the company has seemingly been spiraling downward ever since.

So, Disney did what many fans begged for. They removed Chapek from his position. Even better, they brought in the previous CEO, Bob Iger, to help clean up the mess and get the company back on its feet again.

RELATED: Disney Stocks Soar as Analyst Claims “The Magic Is Back”

With Robert Iger back as the CEO of The Walt Disney Company, fans and Cast Members are experiencing a sense of optimism after reading his heartfelt message to all employees.

There is so much optimism in the announcement of Chapek’s removal and Iger’s arrival that one restaurant close to Walt Disney World Resort property decided to offer Cast Members a free treat.

RELATED: Fans Aren’t the Only Ones Happy to See Bob Iger Return, So Is Hollywood

Located at 11567 Regency Village Drive in Orlando, FL, Rita’s decided the best way to celebrate was to share a celebratory kid’s ice on the house on November 21, 2022, the first full day with Chapek gone and Iger in.

Since the news of Chapek’s removal, we have learned that Iger intends to bring back the magic. Iger recently sent a message to The Walt Disney Company staff that they could either join him in being “Mad for the Mouse” or move on from the company.

Shake-ups are also underway as Chapek’s right-hand man, Kareem Daniel, the Chairman of Disney Media and Entertainment Distribution, was removed from his position on November 21, 2022.

As always, we will continue to keep Disney Dining readers updated as the new Disney CEO, Bob Iger, works to regain the Disney fandom’s trust and pick the company up off the ground once again.