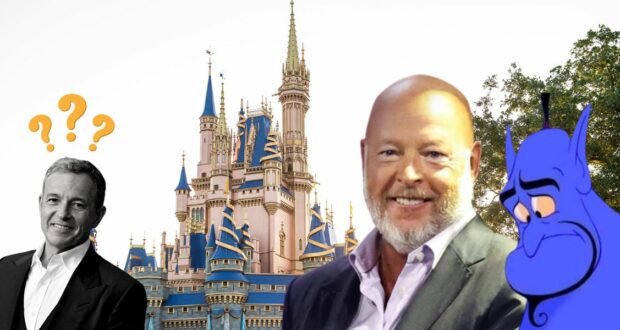 The former CEO of The Walt Disney Company, Bob Chapek, may be GONE, but that isn’t stopping the Chapek-era ways from thriving. Furthermore, it looks like even the newly returned CEO, Bob Iger, isn’t putting a stop to busting the Disney budget.

Bob Chapek and his team were proud to welcome Disney Genie+ and individual Lightning Lanes to Walt Disney World Resort and Disneyland Resort. The former complimentary Disney World FastPass+ system was kicked to the curb and replaced with an upcharge, similar line-skipping service known as Disney Genie+.

RELATED: Disney World Issues New Warning to ANYONE Planning to Visit the Parks

All accessible with a purchase in the My Disney Experience App, Disney Genie+ allows Guests to skip the line on select attractions via the Genie Lightning Lane, with Disney promising only 2-3 line-skipping attractions per day.

Disney also has individual Lightning Lane attractions, which are NOT included in Disney Genie plus. These are the most popular attractions in each Disney Park that Guests can pay a la carte to skip the line to ride.

At Walt Disney World, the Disney Genie+ began at a set price of $15 per person per day. But, as time crept by and Disney saw its Park Guests were willing to pay the $15, they decided to up the price and add variation to the equation.

Instead of a set price, Disney Genie+ can now fluctuate based on crowd levels with a top pricing peak of $29 per person per day at Magic Kingdom, EPCOT, Disney’s Hollywood Studios, or Disney’s Animal Kingdom.

When planning the Disney budget, you can see how for a family of four, for example, this additional fee can begin to add up while on a Disney vacation. Bob Iger himself said Disney is too expensive… but alas, here we are reporting peak pricing once again.

During Thanksgiving week, we saw Walt Disney World’s Genie+ peak at $29 per person per day cap. Now, as noted by @ThrillData in the tweet below, on December 23, 2022, Disney Genie+ is back up to $29 per person just in time for the busy Christmas rush.

While we can’t say we are surprised by this price peak during the holidays, we are starting to wonder if and how 2023 will look different for Disney Park Guests.

Can Bob Iger and Disney Park’s President, Josh D’Amaro bring back the former ways of FastPass+? This would put everyone, despite what some families can and can’t afford, back on the same playing field in the theme park versus making families figure out if purchasing the addition of the Disney Genie service and individual Lightning Lane attractions is feasible and worth it.

We will keep our fingers crossed that changes are ahead for the Disney Parks. In the meantime, be sure to save those pennies, Disney fans!