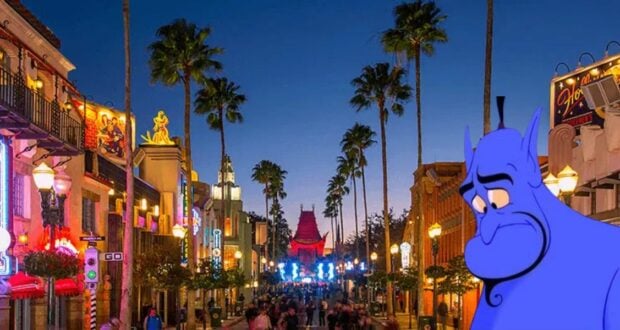 The Disney fandom isn’t waking up with the best news in the past few days. Overnight, Disneyland Resort and Walt Disney World Resort have hiked up their prices… leaving fans clinging to their wallets.

We previously shared the news that on October 10, 2022, Park Guests visiting Disneyland Park and Disney California Adventure were quick to notice that overnight the line-skipping service, Disney Genie+, had jumped from $20 per person per day to $25. The news flooded in from there as not only did Disneyland bump up Disney Genie+ but also revealed its Park ticket pricing bump.

Walt Disney World was quick to jump in on the action. Disney World’s Genie+ service is now on a “vary by date” pricing which removes the sticker price of $15 per person per day and can allow Disney to increase the price as they see fit.

On the morning of October 12, 2022, the Disney Genie+ price increase was implemented at $20 per person. In addition to the Disney Genie+ service, however, Guests can also pay to skip the lines on the four most popular Walt Disney World attractions that are NOT included in Genie+.

Seven Dwarfs Mine Train at Magic Kingdom Park, Guardians of the Galaxy: Cosmic Rewind at EPCOT, Star Wars: Rise of the Resistance at Disney’s Hollywood Studios, and Avatar Flight of Passage at Disney’s Animal Kingdom Park are all individual Lightning Lane attractions. If you prefer to skip these lengthy lines, you’ll need to pay a la carte to do so.

As shown in the screenshot below, the Seven Dwarfs Mine Train at Magic Kingdom Park costs Guests $11 per person to be purchased on October 12, 2022. That’s almost $50 after tax for a family of four to skip the line on a 2-minute and 50-second ride.

Want to ride EPCOT’s newest roller coaster, Guardians of the Galaxy: Cosmic Rewind? With no standby line, Park Guests’ only option is to snag a Virtual Queue before it is gone (within seconds) or purchase your way on with Lightning Lane, currently at $15 per person, making it roughly $65 for a family of four to ride.

The most expensive individual Lightning Lane attraction at Walt Disney World right now is Star Wars: Rise of the Resistance at Disney’s Hollywood Studios. The standby line is typically over 3 hours in wait time. If a family of four is looking to skip the attraction line, they will pay close to $90 after tax for the $20 per person attraction. Yes, that’s almost $90 for ONE ride.

And last but not least is the impressive Avatar Flight of Passage at Disney’s Animal Kingdom. The attraction boasts extremely long lines, but skipping it at $14 per person for a family of four would be over $60.

Keep in mind all of the Disney Park attractions except EPCOT’s Guardians of the Galaxy: Cosmic Rewind offer a standby line. This means Disney Guests are NOT required to purchase Disney Genie+ or this individual Lightning Lane fee.

Worth it? It’s hard to say. Balancing Disney experience time vs. money is always a difficult decision, but the Disney budget definitely feels the pain!