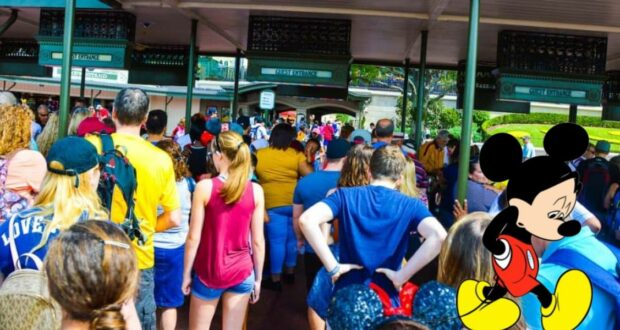 In the early morning hours of October 11, 2022, it was discovered that Disneyland Resort had quietly hiked up the price for its Disney Genie+ service from $20 per person per day to $25 overnight. But the Disney news of the price hikes didn’t stop there.

Much faster than Disney has been able to make decisions about the long-lasting construction status of the TRON Lightcycle Run at Magic Kingdom Park… Disney wasted no time implementing the Disney Genie+ price hike.

@AshleyLCarter1 took to social media to share, “For today (Oct. 12), Disney Genie+ at Disney World is priced at $20 per person plus tax. Disney recently implemented variable pricing for the service.”

The news of the price hikes didn’t stop there. Furthermore, Disney kept the quiet pricing increase unfolding with select Disney experience price increases at Savi’s Workshop and Droid Depot at Disney’s Hollywood Studios. Food and beverage pricing increase has also been spotted throughout the Disney Parks and Resorts.

The Disney fandom took the news hard. What may seem like a few bucks here and there can add up quickly, particularly for those with families seeking to enjoy a Disney vacation at an affordable price.

As always, we will be sure to keep Disney Dining readers updated as we adjust to this Disney Genie+ “vary by date” pricing increase. In the meantime, stay magical, Disney fans!