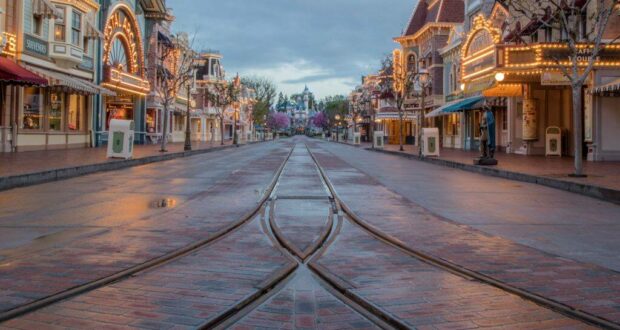 Ticket Increase at One Disney Resort, Will Others Follow?

‘Tis the season for ticket increases. Ticket prices at Disneyland are going up again. Sometimes ticket increases are relatively small, but this time the rise in price is significant, jumping an average of 9%. There is also a new ticket type: Tier 0. Let’s look closer at what it all means:

Disneyland has introduced a new “Tier 0” one-day ticket that will cost $104 per day (the former price of a Tier 1 ticket) and will be valid on the least crowded days of the year. The ticket tiers are for single-day tickets and are meant to reduce confusion (and add price points for all budgets). Similar to Walt Disney World’s sliding scale but more clearly defined, the price depends on Park Occupancy. However, as Scott Gustin said on Twitter:

A Disneyland official made this statement regarding the ticket tiers, “Disneyland Resort is always planning the next new idea, attraction, and story. Our tiered ticketing structure offers guests different options to experience that magic throughout the year, including our lowest price point – which hasn’t changed since 2019.”

The price for a one-day ticket increases by about $10. Example:

Check out the chart below for full pricing: 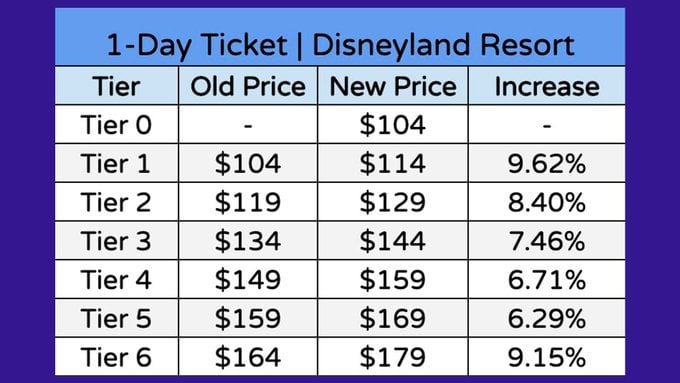 Multi-day tickets are still by far the best value for money, even with the price increases, especially since they are not subject to the sliding scale tiered ticket system.  With so much to see and do at Disneyland, it is impossible to do it all in just one day anyway (in our opinion, it’s impossible in just two days as well, despite there being just two parks at this resort).

This announcement comes on the heels of word that Disney Genie+ would be increasing at both Disney World and Disneyland. No word yet on Walt Disney World ticket increases, but it would be wise to expect them. They are most certainly coming soon. Though Walt Disney World usually increases their ticket prices in February, October tends to be the time prices around both U.S-based Disney resorts increase, as it is the beginning of a new fiscal year.