The Walt Disney World Resort has just issued a new warning and directive to anyone planning to visit the Central Florida parks, and Guests will have no choice but to comply. 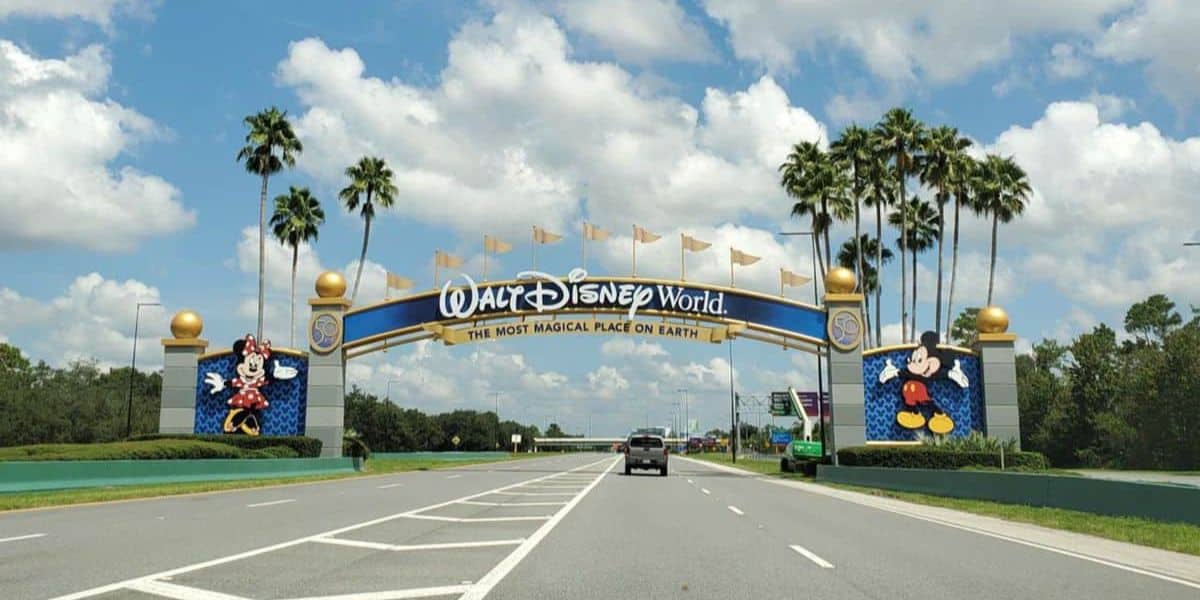 A lot has changed in the 51+ years since Disney World welcomed its first Guests through the gates at Magic Kingdom. Three parks were added to the property, as well as a dining, shopping, and entertainment district, two water parks, and a myriad of Disney Resort Hotels. 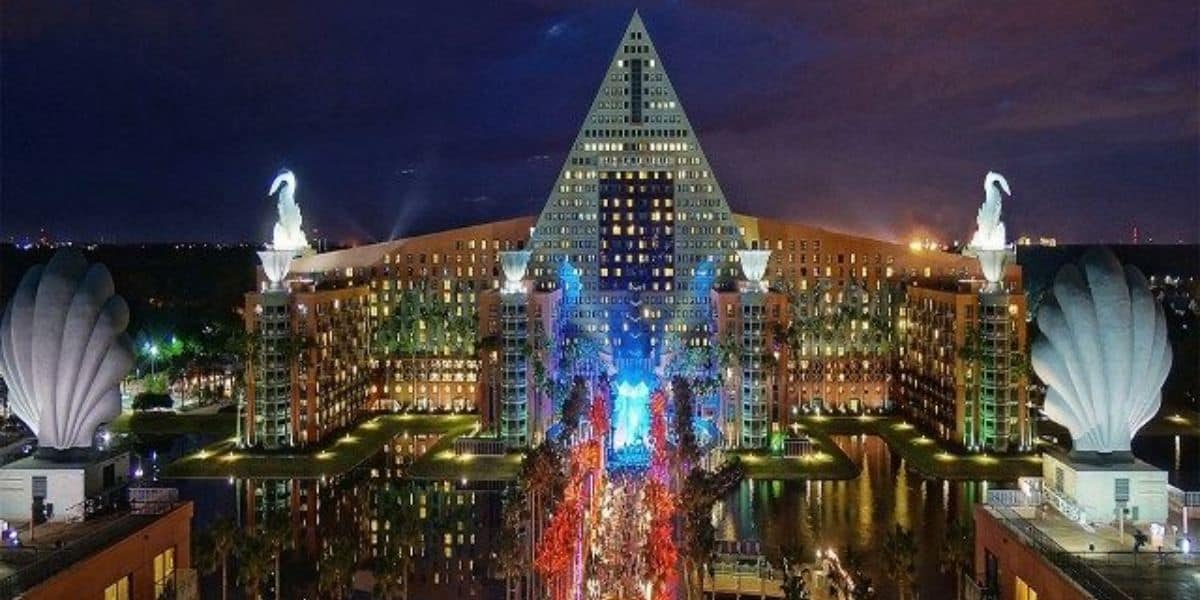 And two things have glaringly decreased at Disney World–the availability of park passes and annual passes and the amount of respect Guests show to fellow Guests in the parks.

There was a time not too long ago when families could visit the Walt Disney World Resort, take in all there was to see and do–every show, every ride, every experience–and never think about the possibility of a fight breaking out while they were there. Sadly, that is one of the things we miss most about Disney World. Today when families visit the parks, the chances are higher than they’ve ever been that they’ll witness some type of verbal or physical altercation during their time at Disney World.

It’s not a given, but it’s a definite possibility.

In January of this year, an all-out brawl broke out between members of two different families just outside the exit to the Toy Story Mania attraction at Disney’s Hollywood Studios. The exchange was so elevated, that in a video of the fight, a Cast Member can be seen running away from the angry Guests in an effort to keep himself out of harm’s way. In February, a verbal altercation between a man and woman took place at EPCOT, and when a Cast Member tried to help diffuse the tension between the couple, things only got worse. In April, after a family visiting Disney Springs to celebrate a birthday had their wagon stolen by another family, a heated verbal exchange ensued, and a major fight was narrowly averted after the wagon was surrendered. Two months later, a Guest visiting Disney’s Animal Kingdom with her husband and two children claimed “stress from the family’s Disney vacation” got the better of her, and she attacked her husband in the parking lot just outside the park entrance.

And in late October, a man with no park tickets and no park pass reservation smuggled his child into Magic Kingdom, and when two Cast Members caught up with him, the Guest assaulted both of them. 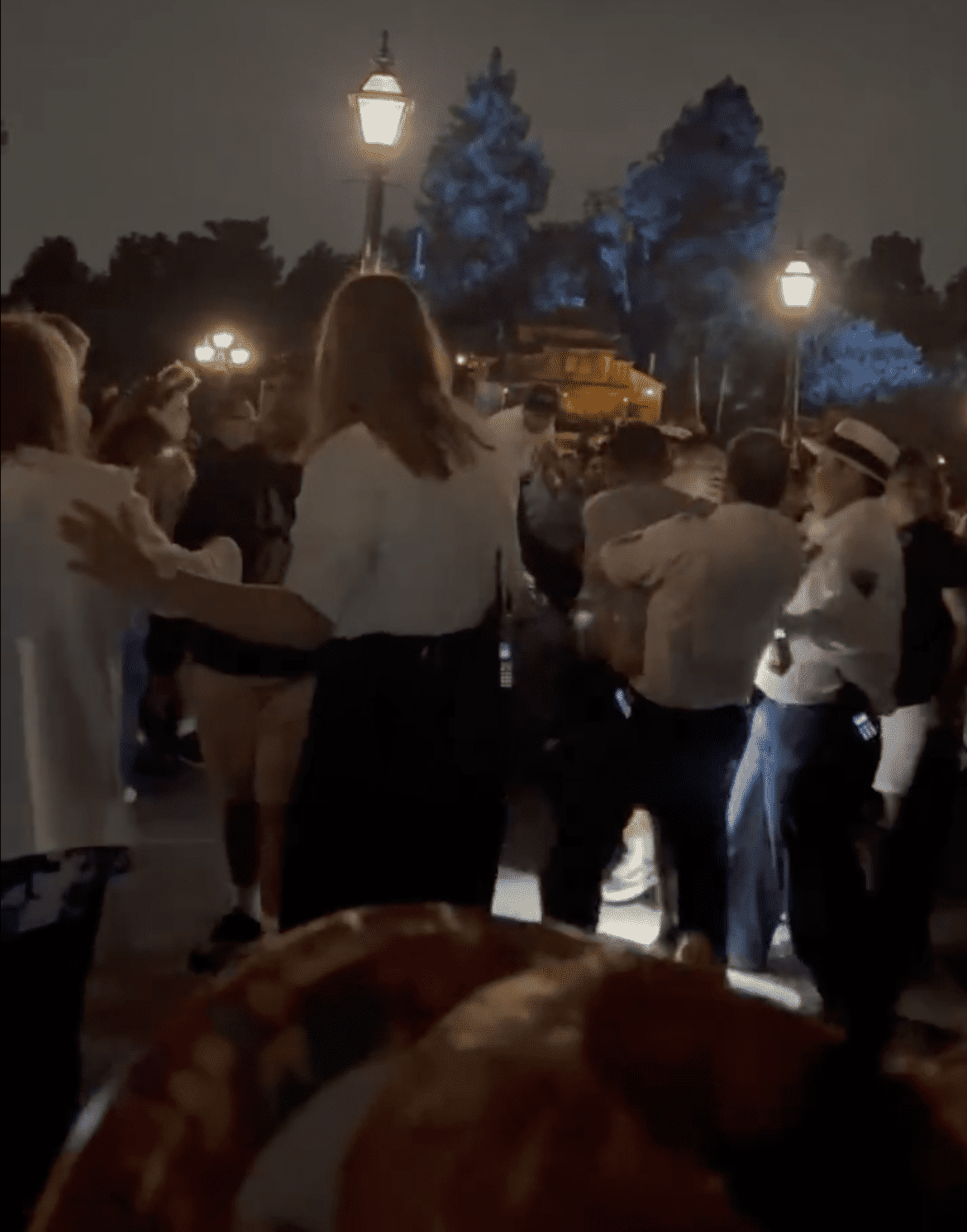 (And these are just a few examples of Guests behaving badly in 2022.)

Disney has apparently noticed an increase in the number of fights at Disney World that are being broadcast on social media for all to see. And in response, Disney has posted a new warning on its official website to anyone who plans to visit the Central Florida parks. Guest-hopefuls can find the warning in the “Know Before You Go” section on the Disney World website under the heading of “Courtesy.”

The new warning to Guests comes with a couple of directives, followed by a clear statement of consequences for Guests who choose not to comply with those directives. It reads as follows:

Be the magic you want to see in the world. You must always remember to treat others with respect, kindness, and compassion. Those who can’t live up to this simple wish may be asked to leave Walt Disney World Resort.

The warning is delivered with boldness, using phrases like “you must,” and “those who can’t live up to this simple wish.” It seems abundantly clear that Disney World has had just about enough of the in-park, on-property fighting.

And it’s about time.

Seriously, people, if you can’t get along with others, Disney World is the last place on Planet Earth you need to visit. Save yourself the stress (and everyone else the heartache), and just stay home. It doesn’t cost you a dime to be a homebody, and Guests who are paying all those pretty pennies to be in the parks can enjoy the parks for all the magic they offer without you ruining it for them.

2022-12-16
+Becky Burkett
Previous: Orlando Drop Tower Owner Denies Allegations in Death of 14-Year-Old Boy
Next: Woman Who Loves ‘Frozen’ Is Furious At Ex Over His New Daughter’s Name, Reddit Doesn’t Stand For It