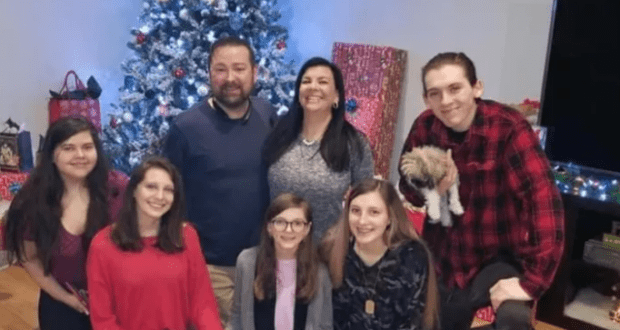 We have an update on this story about a family in North Carolina who endured a tragedy on their way to Disney World. Please read on to hear about their progress.

Though he wasn’t a huge Disney World fan according to his wife, Clemmons, North Carolina resident Brian Long loved his family, and he knew his daughters loved going to the parks, so he was happy to take them to visit. 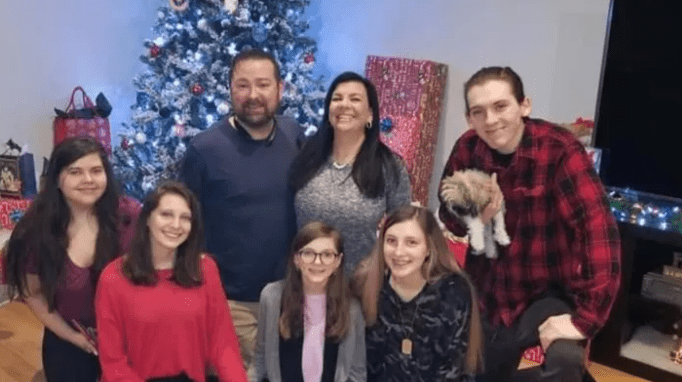 Brian and his wife Heather had planned a trip to the parks just after the beginning of the 50th anniversary celebration at Walt Disney World with their three daughters, Natalie, Nicole, and Charlee. The three girls had been to the parks with their parents before and had magical memories of cheerleading competitions at the Most Magical Place on Earth, but their trip that began in mid-October threatens to overshadow those happy memories.

RELATED: Disney World 50th Anniversary YouTube videos bring the celebration to fans who can’t get to the parks

The family was excited to be bringing along Brooke Naghdi, whom Brian and Heather considered their adopted daughter, for the first time. The family set out from their home in North Carolina in the late evening hours of October 14 in an attempt to avoid the traffic they anticipated along Interstate 95 as they traveled to Florida.

Around 4:00 a.m., as Brian was driving along a stretch of the Interstate in Georgia, and Brooke was taking her turn in the passenger seat of the vehicle, Brian’s wife Heather says she awoke to the sounds of Brooke yelling for help. Brian was experiencing a grand mal seizure, and the vehicle was hurtling down the road at between 90 and 120 miles per hour because his foot was engaged with the gas pedal and wouldn’t release.

“[Brooke] was trying to get to the brakes,” Heather said. “I threw off my seatbelt and was reaching over Brian to get the steering wheel. I was trying to keep us on the road and not hit anyone else. He jerked one good time and put his foot on the gas pedal and smashed it to the floor while having the seizure. That’s when I knew we were not going to be able to avoid an accident. I thought we were all going to die.”

The SUV in which they were riding went airborne before flipping three times. Heather was ejected from the vehicle as she had removed her seat belt to reach over Brian and get control of the steering wheel.

Sadly, 41-year-old Brian was pronounced deceased at the scene because of the seizure. Heather and Brooke were critically injured because they were tossed about inside the vehicle as it flipped.

At the trauma center in Georgia where Heather was taken, she had to undergo surgery for her broken arm and for broken bones in her face. She also suffered lung damage and broken ribs. It made every breath painful. In the future, she will need additional procedures because of her injuries. Brooke suffered a broken back and will be in a brace for the next three months. She will also have to have future procedures to correct issues caused by her injuries. 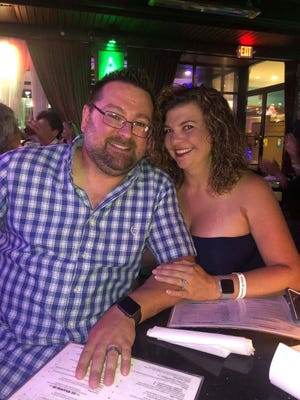 Friends have set up a GoFund Me page in honor of the family to help with expenses and to help replace part of the income that has been lost from Brian’s job and since Heather is unable to work right now at the family’s cell phone repair store. Heather was just recently released from Memorial Health University Medical Center in Savannah, Georgia, and was happy to return home to her kids, but heartbroken over the loss of her husband, whom she’d known since both of them were toddlers.

Services were held for Brian the weekend after the accident.

UPDATE: The GoFundMe page in honor of Heather and her children exceeded its goal of raising $15,000 for the family. At this point, nearly 300 generous donors have given more than $21,000 to help the family.

Also, Heather and her children are healing and rehabilitating. Here’s Heather’s message about their progress from January of this year:

“Nicole and Charlee are all healed up and doing well. Brooke is out of her brace and gaining strength every day. I hopefully just have one surgery left. I will have reconstruction of my eye socket the first of February. We are hoping this will solve all the issues I am having with my vision, headaches, dizziness, and nausea. My TBI [traumatic brain injury] will take 6 months to 1 year minimum for healing. This one has been a huge daily struggle with daily life. I have issues with memory and focus pretty bad. Very tired of doctors appointments but so appreciate all my wonderful doctors. We are still taking one day at a time.”