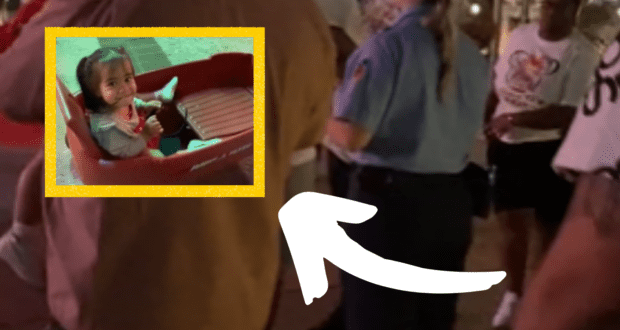 An intense altercation broke out this week at the Walt Disney World Resort when one family was accused of stealing a children’s wagon from another family.

Guests of the Walt Disney World Resort in Florida know the bustling vacation destination for its thrilling rides, Broadway-style entertainment, exciting attractions, and world-class Guest service. Disney Springs is another magical part of that experience.

Unlike each theme park at Walt Disney World, Disney Springs doesn’t hassle Guests with Lightning Lane, long lines for rides, or crowds at rope drop. When Guests don’t feel like pushing their way through scores of Guests on Main Street, waiting in line for Space Mountain, dealing with the heat and long walking distances of Animal Kingdom, or hoping against hope for the swift return of Fantasmic! at Disneys Hollywood Studios, they can spend a day at Disney Springs. 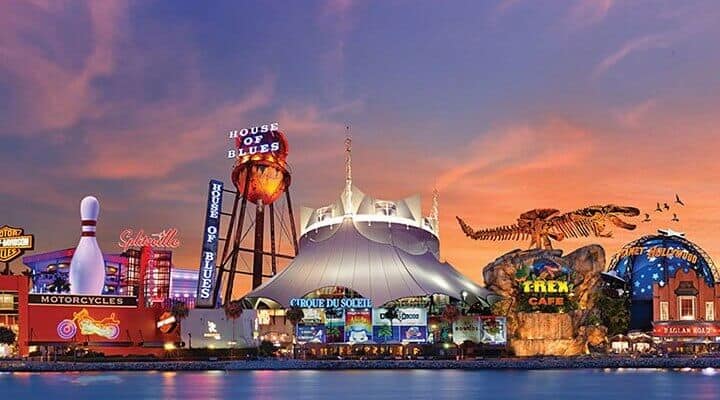 Hey, the magic and pixie dust are alive and well at Disney Springs too. But that pixie dust can only go so far, especially when you factor in Guests‘ behavior and other circumstances.

At Disney Springs, a heated argument took place earlier this week between two families with small children. A family visiting Disney Springs to celebrate a birthday brought a child’s wagon with fold-up seats. There were small children in the family, and surely having a wagon with them meant the adult Guests weren’t left carrying their children in their arms the entire time they were visiting.

But at one point in the evening, the family noticed their wagon was missing. It didn’t take long for the family to notice a wagon that looked exactly like theirs being pulled by another Guest while he walked alongside his family. Immediately, the first family began to film the other family with the wagon that was supposedly theirs. In a video shared by one of the family members, viewers can watch as the family follows the other Guests for a little while at Disney Springs, saying on the camera that the wagon was actually theirs. (Because the video includes explicit language, we have not included it here, but photos in this post were taken from the video.)

The situation was filmed and shared on social media in a series of three separate videos. The first video is captioned with the words, “I was robbed, and I can’t believe they are the ones who did it.” It shows the family making the accusation following another family before calling out to a security guard at Disney Springs and explaining their side of the story.

“We had our wagon stolen,” a female voice off-camera can be heard saying.

“It’s ours,” the female voice says, to which the man pulling the wagon replies, “No, it ain’t y’all’s,” but as he is speaking, he begins to move away from the wagon. Then he calls out, “Y’all can have it!” 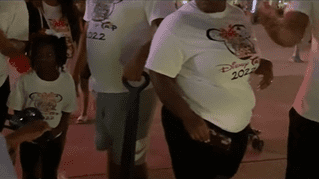 Shortly thereafter, a member of the second family says, “We feel like y’all are harassing us.”

By this time, the Disney World Security Guard is standing among the two families of Guests. A male from the second family says, “Y’all followed us around this whole [expletive] place. You can have it! You can have it! Take it!”

There’s a loud commotion as almost every adult member of the group is having his or her say while several small children look on, silently. The security guard attempts to diffuse the heated scenario with calm words: “I’m trying to help you,” but tempers continued to flare. 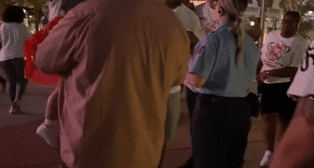 A male from the second family tells the security guard, “It’s okay; we’re leaving,” and he continues to accuse the first family of following them around Disney Springs. The second video takes a step backward and shows the exchange between the two families before tempers were lost and the shouting began.

A female who is filming with her phone says that the family’s wagon was stolen, “but we’re not sure if that’s it,” as she films a family in front of them with a little red wagon. The video is captioned with the words, “We’ve never been robbed before so it was hard to remember details of our wagon, but it was ours.”

The first family approaches the second family and asks where they got the wagon because they had just had theirs stolen. It’s after the calm exchange that things got extremely elevated between the two families.

The third video is captioned, “After that, we just went on with our night; this was the MOST intense birthday I’ve had.”

A little girl can be seen smiling in the wagon as the family walks along.

“Man that was intense,” a female voice says. Talking to the child, she says, “We got your wagon back!”

From behind the camera, the woman says, “And from the looks of it, this IS our wagon.”

Wagons have long been among Disney World‘s list of prohibited items in the parks, but in May 2019, the rule became strictly enforced. Per PlanDisney:

“Beginning May 1, 2019, strollers must be 31″ wide and 52” long, or smaller. The announcement [from Disney World] included a reminder that stroller wagons are not permitted. The Walt Disney World Resort has always said that wagons, whether pushed or pulled, are not allowed in the theme parks.

As of May 1, that rule will be strictly enforced. These enforcements are intended to improve the Guest experience for everyone in the theme parks by easing congestion and improving crowd flow.”

Though wagons aren’t allowed at any theme park at the Walt Disney World Resort, they are permitted at Disney Springs.

It’s not clear from any of the videos whether the second family truly did take the wagon, or whether they ever said that they did. In the third video, the first family can be seen taking in the sights at Disney Springs and enjoying themselves. Here’s hoping both families were able to go on with their evenings in peace.

Thankfully this fight at Disney Springs did not result in any injuries or criminal charges. It’s always a good idea to label items that Guests bring into the parks or to Disney Springs. Doing so could have prevented this entire altercation.