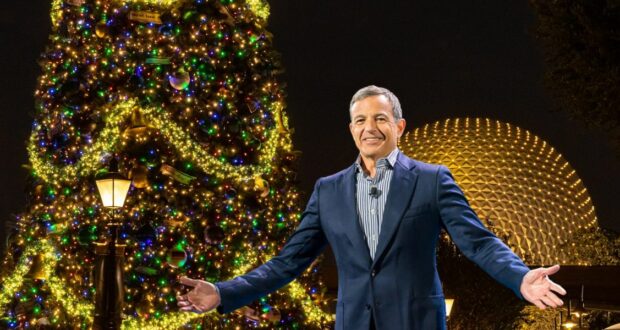 Iger, Where Are You? Disney Genie+ Gets a New Price Point

Sorry, Disney fans… former Disney CEO Bob Chapek may be out, but many of the “Chapek-era” experiences still live on… including the not-so-popular Disney experience, Genie+.

Walt Disney World Resort used the COVID-19 pandemic as a chance to push the reset button on many Disney Park experiences. We can still remember the painful news when the complimentary Disney FastPass+, the system that allowed Guests to skip the line at no additional cost on select attractions, was removed.

RELATED: Disney World Issues New Warning to ANYONE Planning to Visit the Parks

In its place is the upcharge service known as Disney Genie+. This Genie plus service allows Guests to pay one price per person per day to skip the standby line and enter via the Genie Lightning Lane line for a much shorter wait.

In addition to Disney Genie+ attractions, Disney also has individual Lightning Lane attractions that are the most popular rides not included in the Disney Genie+ pricing. Guests wanting to skip the line on the individual attraction selection rides will need to pay a la carte pricing separate from Genie+.

RELATED: Did Disney Steal Tech For Disney Genie? Lawsuit Claims They Did

While we saw some dips in Disney Genie+ at Walt Disney World and were hopeful the new Disney CEO, Bob Iger, had his hand in it, as the Christmas week approaches, we’re seeing a new price point for Disney Genie+ for Guests visiting Magic Kingdom, EPCOT, Disney’s Hollywood Studios, or Disney’s Animal Kingdom.

On December 19, 2022, Walt Disney World’s Disney Genie+ hit $25 per person, which is a price point we have yet to see for the upcharge theme park service.

@ThrillData took to social media to share, “$25 per person is a new, unique price point for Disney Genie+ at #WaltDisneyWorld. Straddles a gap between previous prices of $22 and $29.”

Disney has announced the once $15 per person per day pricing now fluctuates each day, depending on crowd size, with the range up to $29. When 2023 rolls around, we can’t help but wonder if Disney will remove this $29 cap or if Bob Iger and Josh D’Amaro have other plans for Genie+.

As always, we will keep Disney Dining readers updated as we learn more about what’s coming for Disney Genie service at Walt Disney World and Disneyland Resort’s Disney California Adventure and Disneyland Park.