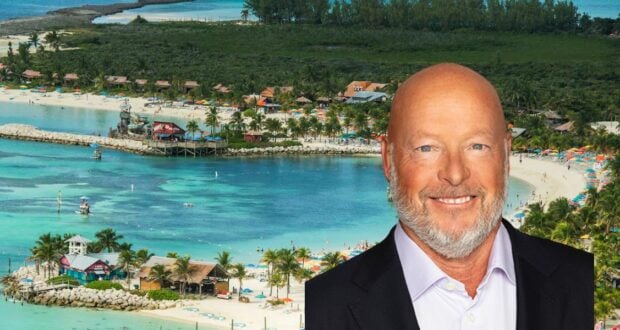 It’s been one week now since the news first broke on November 20, 2022, that Disney CEO Bob Chapek was removed from The Walt Disney Company effective immediately, with the former Disney CEO titan Bob Iger returning.

Bob Iger is working quickly in an attempt to clean up Chapek’s various missteps. The week after Chapek’s firing included more Executive removals from the company and even a first-ever discount on Disney’s most expensive Resort Hotel, Star Wars: Galactic Starcruiser.

Disney CEO Bob Iger has already diagnosed that Disney was losing its “soul” under Chapek’s time and is working to lower prices and return the magic the Disney fandom and Cast Members have been craving.

With the warm welcome of Iger from Disney fans comes the cold shoulder to all things Chapek.

We’ve seen restaurants give out celebratory treats and even fans reference Chapek’s 999 days in office as a Haunted Mansion pun of apparently there is NOT always room for one more.

And even though it seems like Walt Disney World Resort and Disneyland Resort refurbishments are slow in speed (yes, by the time Magic Kingdom’s TRON Lightcylce Run is projected to open in 2023… it’ll have been 6 years of waiting!)… the joke on the internet is that Disney has just accomplished it’s fastest refurbishment yet.

The “Bob Chapek: Master Ship Builder” Pump House 1 sign located at Disney Cruise Line’s private island, Castaway Cay in the Bahamas, has quickly been pulled down and painted over.

@ScottGustin took to social media to share, “This might be the fastest Disney has done anything … ever.”

Here’s an image of the pump house with the sign:

@TheDCLBlog posted a picture of the refurbished structure without Chapek’s sign noting, “GONE, GONE, GONE. #PumpHouse1Watch is OVER.”

And just like that… in less than a week… Disney refurbed the little pump house to get rid of any memory of Bob Chapek.

With the Bob Chapek sign gone, will we be seeing a “Bob Iger: Master Ship Builder” sign erected in its place? Only time will tell!

2022-11-28
Jamie Sylvester
Previous: Adults Only! Let’s Plan a Trip to Disney World
Next: The Most Googled Male Celebrity of 2022 Turned a Disney Idea into a Multi-Billion Dollar Behemoth