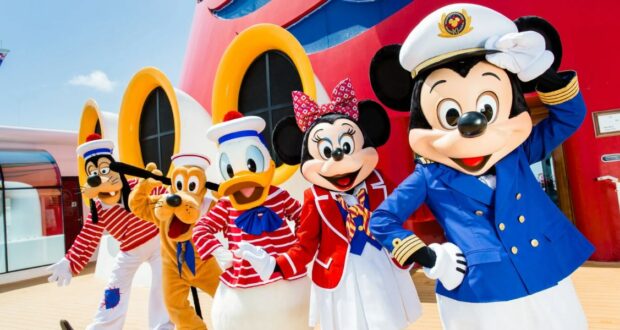 Guests on board the Disney Wonder for a Thanksgiving voyage with the Disney Cruise Line experienced an unexpected fire that caused evacuations.

Cruising with the Disney Cruise Line (DCL) is an experience unlike any other. While we’ve tried other high-end cruises, we must say nothing has ever compared to the DCL experience.

It’s no secret that because of Disney’s paramount cruise industry, the Disney Cruise Line fleet continues to grow with Disney Magic, Disney Wonder, Disney Dream, Disney Fantasy, and the most recent ship, the Disney Wish.

With more ships on the way and a second private island (Lighthouse Point) in the works in addition to the already incredible Castaway Cay… cruisers can rejoice at all the big blue voyages to come.

But, the night before Thanksgiving, Guests traveling on the Disney Wonder on November 23, 2022, experienced a sudden fire during the iconic entertainment known as “Pirate Night.”

An up-close photo shows a look at the fire from @ThemeParkThis with the note, “Pirate Night on the Disney Wonder had to be evacuated because of a speaker fire. @bortatx will report his story on the @DuelingGenre Patreon.”

An update was provided stating, “Captain just stated a “smoldering fire” and it has been extinguished.”

The Disney Wonder was on a 7-day, round-trip “Very Merrytime” Mexican Riviera Cruise from San Diego from November 20 to November 27, 2022.

Thankfully, the speaker fire was quickly extinguished, and Guests could return to normal operations on board the Disney Wonder.