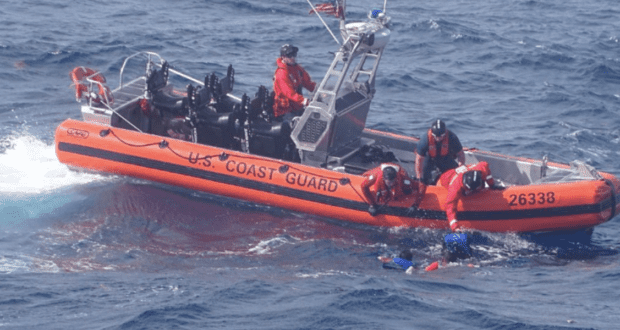 Breaking news from the United States Coast Guard of the Southeast was just released. Roughly 50 miles off of Little Torch Key in Florida, a boat was spotted that began capsizing. The boat or vessel, more appropriately named, appeared to be homemade and was carrying fifteen passengers in total. Unfortunately, upon overturning, it is believed that four of the group drowned immediately. Nine people were rescued in total, one person was recovered deceased, and the search continues for the remaining five people. It is believed that the group was part of an illegal migration.

Pictured below are Coast Guard members pulling the group’s surviving passengers out of the water by their life jackets. You can see from the picture the choppy water condition that undoubtedly made the mission more difficult. The passengers in distress that have been pulled from the water will be taken to receive any medical attention they might need. 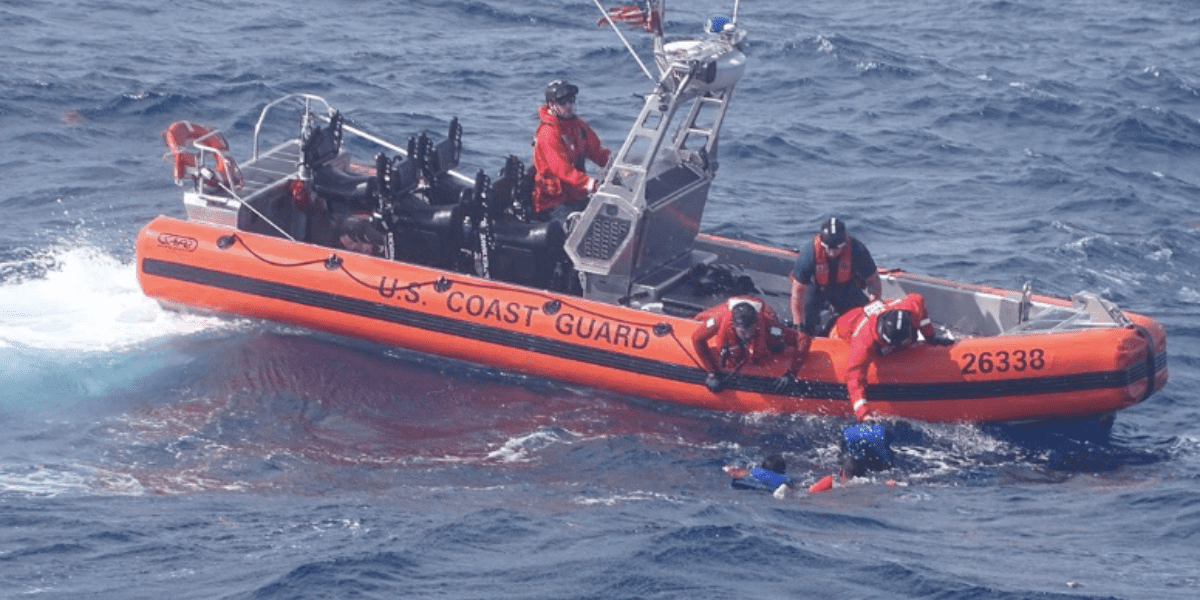 On their Twitter feed, the Homeland Security Task Force-Southeast noted that wind speeds were 30 miles per hour when the vessel capsized with 6-8 foot seas. The United States Coast Guard Southeast has also sent planes that have been circling the area to aid in the search. 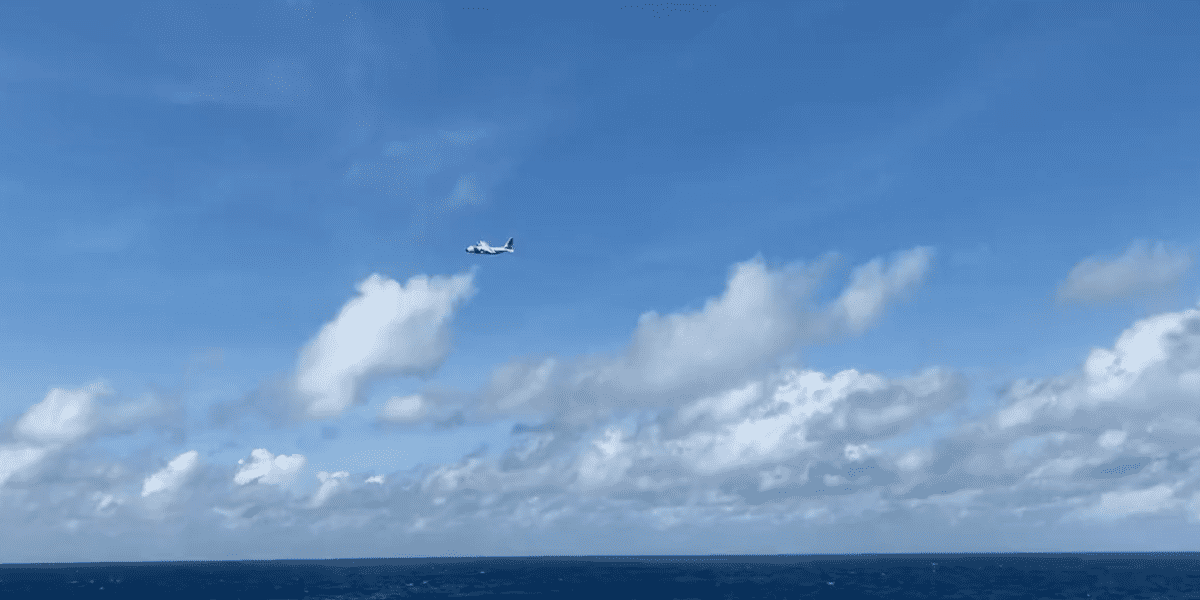 The Disney Fantasy Cruise ship was in the same waters and stopped sailing to help with the search. This is now expected to be a recovery mission only, as it does not appear that anyone still missing has survived. The Disney Fantasy Cruise has not resumed sailing and will remain halted while the Coast Guard continues to search the waters. The Disney Fantasy Cruise ship holds approximately 4,000 Guests on board and a number of passengers could be seen standing on the deck watching the rescue mission. There has been no official word on the rescue mission news from the cruise line or the ships captain. As it stands now, the United States Coast Guard Southeast is still searching for these additional five members and has not recovered any bodies yet. 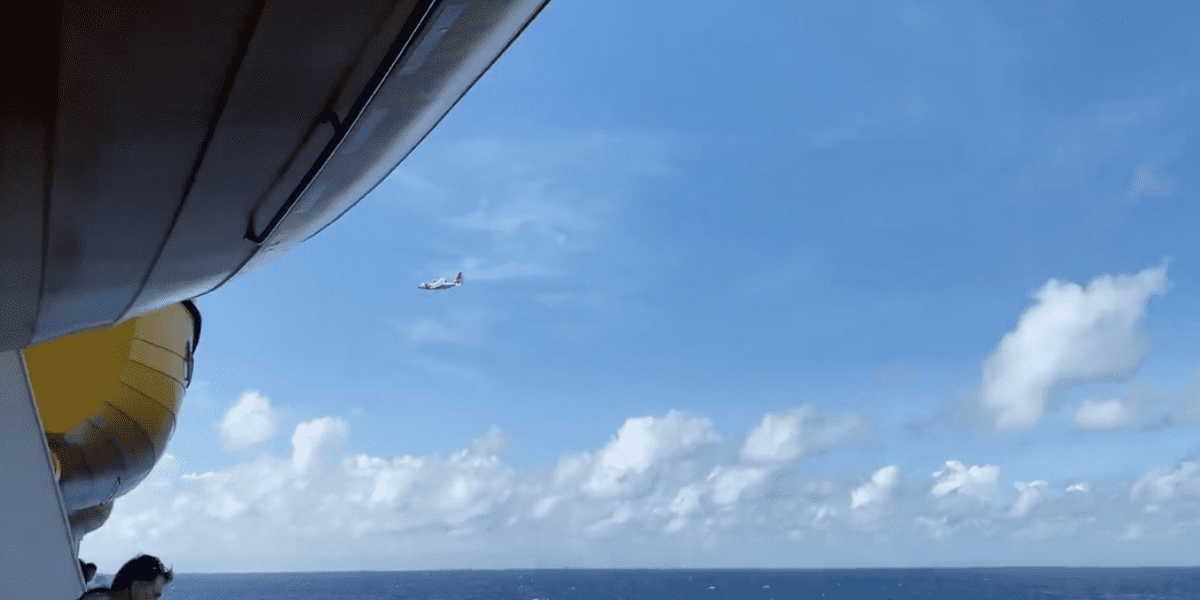