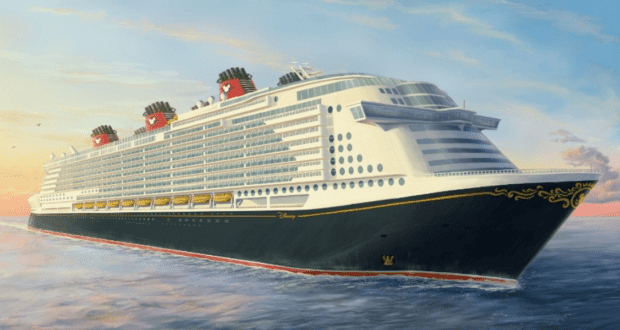 Disney Cruise Line has a brand new ship, no not the Wish, this one is a bit more unconventional. That’s because they didn’t build this ship, they bought it! Not just any ship either, this is the world’s biggest cruise ship. Because when you’re Disney, you can do that. 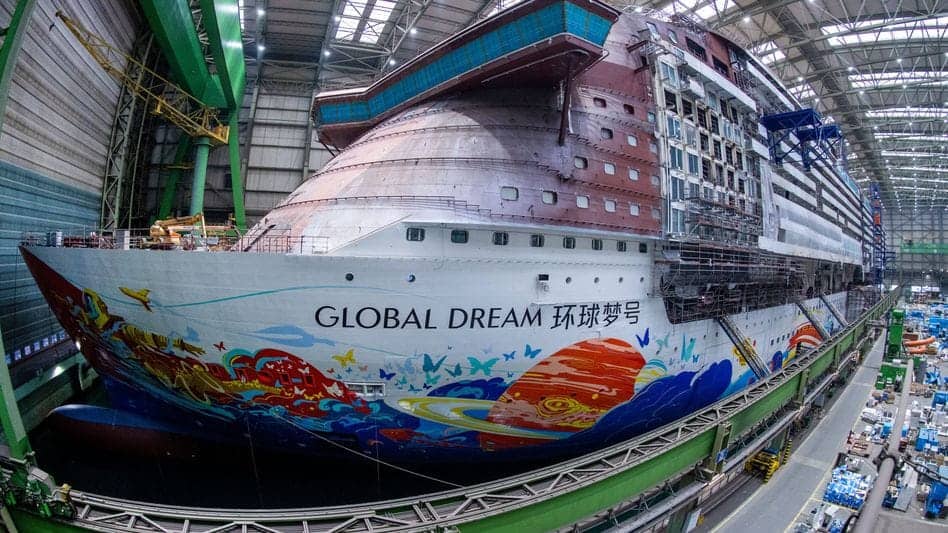 The German built Global Dream cruise ship is currently only half built. The Hong Kong based company that owned it closed its doors in 2020 amidst the Pandemic. Since then the ship has languished in a shipyard and seemed destined for the scrapyard. Enter Disney. There have been rumors for months that Disney would buy this ship but today the company has confirmed it.

Disney has also confirmed that this new ship will be based outside of the U.S. According to Disney Cruise Line, “the acquisition of a partially completed ship that will bring the magic of a Disney Cruise Line vacation to new global destinations.” The ship will not take the place of previously announced ships, this acquisition will be in addition to the Treasure and the upcomping Triton Class ship..

The 208,000-gross-ton ship is expected to be among the first in the cruise industry to be fueled by green methanol, one of the lowest emission fuels available. Disney Cruise Line expects the passenger capacity to be approximately 6,000 with around 2,300 crew members.

We mentioned that the ship is big. Wondering how big? Disney Cruise Line expects the passenger capacity to be approximately 6,000 with around 2,300 crew members.  And did we mentjon 6 (yes 6) funnels? It will also be a “green ship” and according to Scott Gustin, “is expected to be among the first in the cruise industry to be fueled by green methanol, one of the lowest emission fuels available.”

The ship will not retain its original name of Global Dream nor will it retain its original paint scheme. The shop will be retrofitted to conform to the Disney Cruise Line aesthetic and given a name that fits in with the rest of the fleet. Every part of the ship will fall within Disney’s high standards and feature “innovative Disney experiences along with the dazzling entertainment, world-class dining and legendary guest service that set Disney Cruise Line apart.” The new ship will be completed and ready for her maiden voyage in 2025.