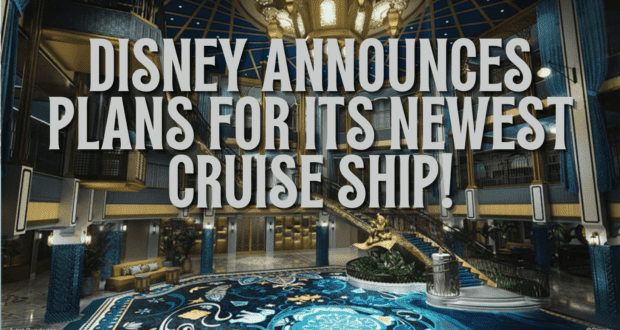 Disney Cruise Line releases the name of its newest ship On Sunday morning at the 2022 D23 Expo in Anaheim, California, President of Disney Parks, Products, and Experiences Josh D’Amaro, welcomed more than 7,000 excited Disney Parks fans who had gathered to be the first to hear the latest news about new additions, changes, and other goings-on at Disney Parks around the world, as well as at Disney Cruise Line.

We are thrilled to report that D’Amaro shared news about the next ship to join the Disney Cruise Line fleet. The new ship will be the sixth in the fleet, and the sister ship to the Disney Wish, which just sailed her maiden voyage in July 2022.

The new floating piece of Disney magic will offer experiences and technology never before enjoyed by Disney Cruise Line passengers. It will also feature the magic of Aladdin, Princess Jasmine, and the Magic Carpet. 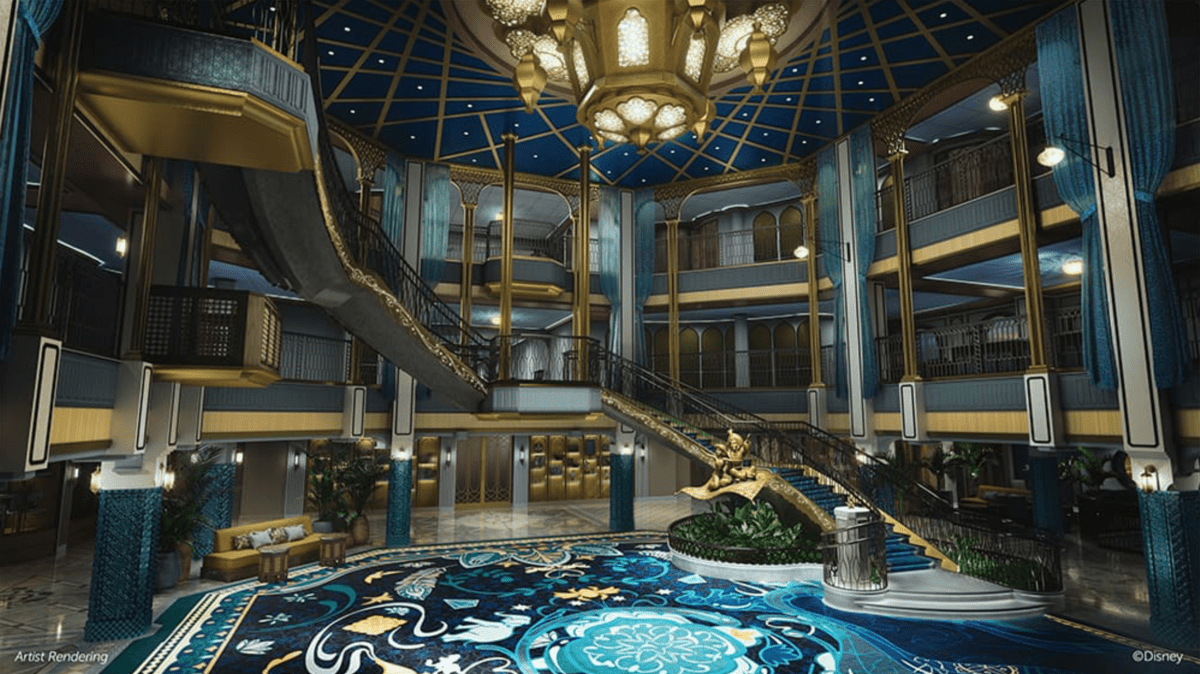 The newest member of the Disney Cruise Line fleet will be called the Disney Treasure, and from what we have seen so far, the name is fitting.

Treasure plays a big role in the story of Disney’s Aladdin, which is set in the city of Agrabah and chock full of fun and adventure.

Disney’s newest cruise ship has no release date as of yet, but the concept art is spectacular, and we’re already looking ahead and dreaming of the first time we finally get to take our places as passengers and sail with Mickey and the gang (and of course, Aladdin, Princess Jasmine, and Magic Carpet)!

2022-09-12
+Becky Burkett
Previous: D23 Global Disney Snapshot: Disney Parks and Disney Cruise Line Updates
Next: What We WISH They Had Announced at D23