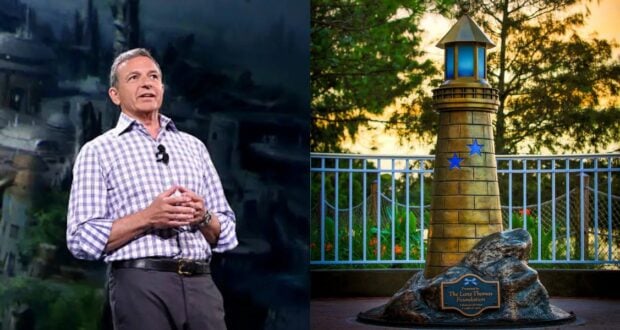 The Walt Disney Company CEO titan is back. With the news of Disney CEO Bob Chapek’s removal on November 20, 2022, Disney fandom and Cast Members are celebrating the return of Robert Iger.

As the CEO giant’s return boasts a lift in optimism, we recall what Bob Iger shares as his hardest day as Disney’s CEO.

Mr. Iger’s first run as The Walt Disney Company CEO began in 2005 when he succeeded Michael Eisner. Iger’s contract as CEO lasted through 2020 when Bob Chapek stepped in. Iger’s official retirement as Executive Chairman of the company came in 2021.

The former CEO Bob Iger has been brought back to the company after Disney Executives led the rebellion for Chapek’s removal, with the hopes that Iger could clean up the “various missteps.” Iger has already diagnosed that Disney was losing its “soul.” His first run as CEO is evidence that if anyone can put life into a company, it will be Iger.

But, not every day is a magical and exceptional one, even for a popular, much-liked CEO such as Bob Iger.

In 2019, Iger released a memoir titled “The Ride of a Lifetime,” where he discussed his journey to becoming one of the most successful CEOs in America. Instead of starting the memoir in a positive light, Iger when right into what he deems as the hardest day as Disney’s CEO.

As seen in the video interview below, Iger sat down to share he began his book with the unexpected tragedy that took place on Walt Disney World Resort property on June 14, 2016, when a 2-year-old boy, Lane Graves, was killed by an alligator.

The Graves family was on a Walt Disney World Resort vacation from Nebraska. The young boy, Lane, was playing on the beach one evening at Disney’s Grand Floridan Resort and Spa when an alligator grabbed and dragged the boy into the Seven Seas Lagoon.

The father, Matt Graves, attempted to save the child but was unable to help his son. The tragedy was seen by several Disney Guests, including Lane’s mother, Melissa, and sister, Ella. The boy’s body was found after a sixteen-hour search of the lagoon.

Bob Iger was in Shanghai for the grand opening of Shanghai Disneyland, a project he had worked on for 18 years. Instead of what should have been a time of celebration, Iger recalls that day as the hardest one as Disney’s CEO.

Iger made the decision that he wanted to speak with Lane’s parents just hours before the Shanghai Disneyland ribbon-cutting ceremony.

Iger recalls, “It was an unbelievably gut-wrenching experience. Now, obviously harder for the family than for me. But the difficulty of speaking to two parents who had not only lost their child but had witnessed it on property that was ours while they were there to do nothing but have fun was extraordinary and it was something from an emotional perspective that hit me even harder than I expected that it would.”

When Iger got off the phone with the grieving parents, he went to sit with his wife, Willow Iger and cried. He cried so hard that his contact lenses fell out. Iger adds, “It was — there was — I had kind of nothing left in me emotionally after having spoken with them.”

Here’s the video interview below:

Since the incident in 2016, Disney has added extra precautions, including fencing along all lagoons and posted warning signs that alligators may be present.

A special monument was also erected at Disney’s Grand Floridian Resort near where the boy was killed, which features a beautiful lighthouse with a plaque that reads “Presented to the Lane Graves Foundation. A beacon of hope. A light of love.”