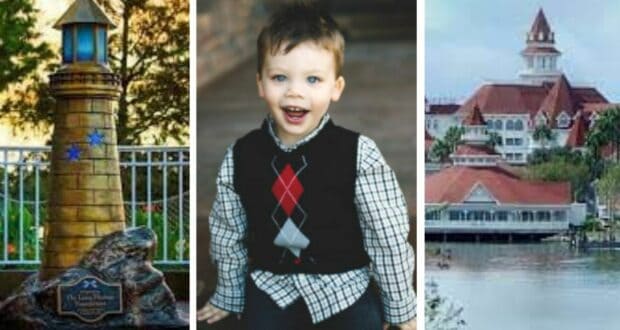 Following a horrific event in June 2016 that took the life of a toddler near Disney’s Grand Floridian Resort, Disney continues to be exceedingly proactive in preventing a similar attack from ever happening again.

On June 14, 2016, during a visit to the Walt Disney World Resort with his parents, two-year-old Lane Graves was attacked and killed by an alligator at Seven Seas Lagoon. It was a terrible time in Central Florida, as the City of Orlando was reeling from the shooting at the Pulse nightclub only days earlier, and that shooting came on the heels of the shooting death of singer Christina Grimmie only one night earlier. 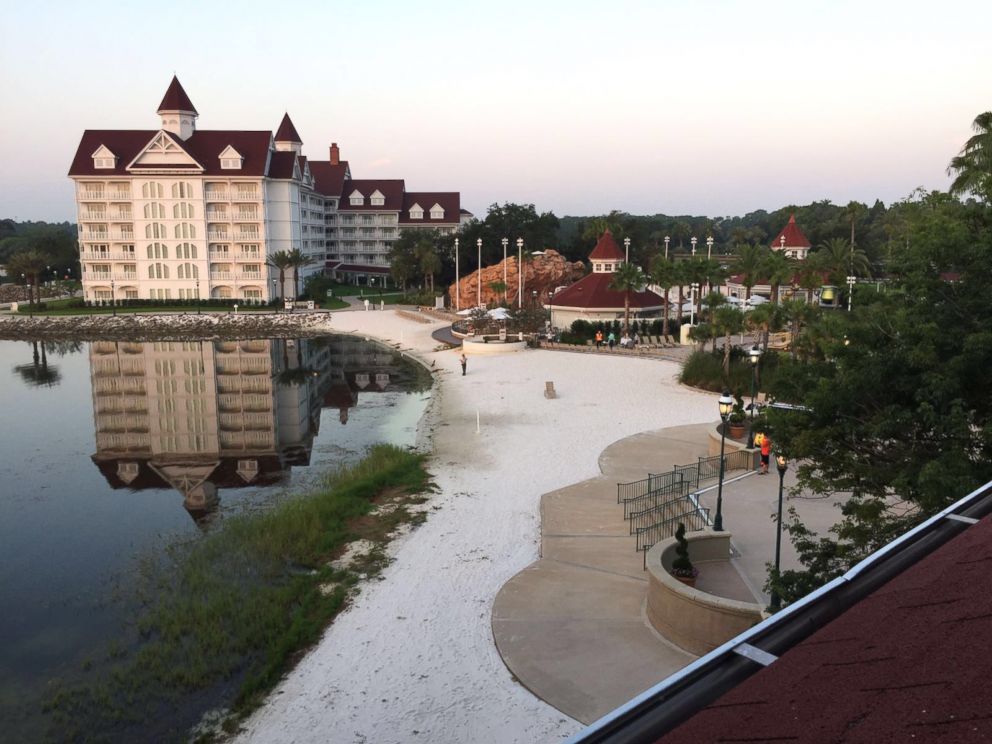 Things just weren’t right in Central Florida that June. I remember it well, as my family and I were there visiting the parks that month too. One week earlier, our vacation home in Champions Gate had been ransacked while we were at Disney’s Hollywood Studios, and tons of things were stolen. Instead of being in the parks the next day, we were instead in a detective’s office, giving reports and signing papers, and I had a major blowout on my truck while driving along Interstate 4 headed to the detective’s office.

But we experienced nothing like the magnitude of the events experienced by little Lane’s family who was visiting from Elkhorn, Nebraska. As Lane played along the beach at Disney’s Grand Floridian Resort, an alligator snatched him and drug him into the water, despite his father’s desperate attempts to save him. The adorable little boy drowned as his father, Matt, his mother, Melissa, his four-year-old sister, and several Guests witnessed the event in horror.

Credit: The Lane Thomas Foundation via The Associated Press

Since that time, Disney has erected signs all across Disney World property. The signs, which read, “Danger: Alligators and Snakes in Area; Stay away from the Water; Do not feed the wildlife.”

Fences and other barriers have also been placed around Disney’s property where Guest areas and water chance to intermingle. It is now more obvious than ever that a real danger exists within the waters of Seven Seas Lagoon and other bodies of water at Disney World (or anywhere in Florida, for that matter), thanks to the signage and barriers. Sessions about the dangers of the waters, the alligators, and snakes that inhabit the area, and how to keep Guests safe were also implemented in Cast Member training and orientation. 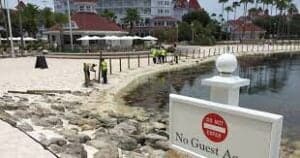 But Disney knew that those were merely the first steps to take in ensuring that no other family would have to face what the Graves family faced on that warm June day in 2016. There was more to be done–much more. And part of that effort involved the very arduous, very dangerous, very time-consuming, and expensive task of removing the very present danger itself: namely, alligators in the area.

In 2016, 83 alligators were removed, followed by 57 in 2017, 33 in both 2018 and 2019, and 46 in 2020. Most of the 2020 removals were carried out during the months of March, April, May, and June 2020, during the Walt Disney World Resort’s closure in response to the coronavirus pandemic. The highest number of removals was clearly during the same year in which Lane’s death occurred. But before Lane’s passing, there weren’t nearly as many removals.

Between 2007 and 2015, only 23 alligators per year were removed. Twenty-three is better than zero, but did it take the attack in June of 2016 to get Disney and the Florida Fish and Wildlife Conservation Commission to see that more needed to be done? Since Lane’s passing, an average of 45 alligators per year have been removed from the area. Double.

“In keeping with our strong commitment to safety, we continue to reinforce procedures related to reporting sightings and interactions with wildlife, and work closely with Florida Fish and Wildlife Conservation Commission to remove certain wildlife from our property in accordance with state regulations,” a Walt Disney World spokesperson said during an interview.

Under the SNAP program, if an alligator at least 4 feet in length is believed to pose a threat to people, pets, or property, the FWC issues a permit to a state-contracted alligator trapper, who then carries out the task of collecting the animal and removing it from the area. Some of the animals are taken to zoos or to animal exhibits, but rather than relocate the reptiles, the majority of trapped alligators in Florida are euthanized. This is because alligators will often attempt to return to the location of their capture, rather than create a new habitat for themselves where they are relocated.

Walt Disney World has been granted permission to have up to 500 of the reptiles removed through April 2023. Each alligator removed must be reported to state authorities, per the agreement, and its size must also be noted. 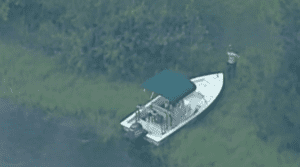 According to the FWC, there are more than 1.3 million alligators in the state of Florida, which provides the environment in which the reptiles flourish: swampy areas, rivers, streams, lakes, and ponds in a warm climate. Because alligators are cold-blooded animals, they do not like cold environments. This is why most American alligators can be found in the southeastern United States. The map below shows the prevalence of alligators in the state of Florida, by county. 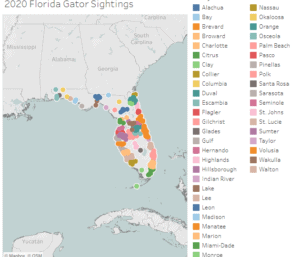 After Lane Graves’s death, a sculpture of a lighthouse was added at the location of the attack, serving as a memorial to his life. The gold and blue lighthouse has two blue stars on it and was erected near the Seven Seas Lagoon beach outside Disney’s Grand Floridian Resort and Spa. 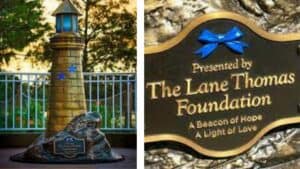 The plaque reads, “The Lane Thomas Foundation: A Beacon of Hope, A Light of Love.” His parents founded the organization and say that they used “Lane Thomas” because anytime Lane met someone, he would say, “I’m Lane Thomas. I’m two.”