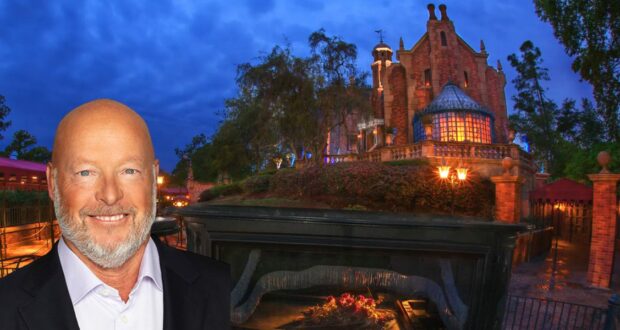 The Disney fandom is SHOCKED. Sunday, November 20, 2022, ended with the breaking news that The Walt Disney Company CEO Bob Chapek was fired. Now, the former CEO gets dismissed for a second time… this time with a little humor.

Bob Chapek, has been blamed for several Disney missteps, including the tanking of Disney stock, Cast Member layoffs, a “woke” company, and overall Disney fan dissatisfaction.

After petitions to fire Chapek and the overall negative and pessimistic views of The Walt Disney Company, Disney shocked fans with the news that Chapek was out with the former CEO, Bob Iger returning as CEO.

Robert Iger was the Chief Executive Officer of the Walt Disney Company from 2005 to 2020. His run as CEO was highly praised but ended at the height of the COVID-19 pandemic. With Bob Chapek coming in at a difficult time, unprecedented challenges were bound to occur, but not to the level Disney fans and stockholders expected.

Social media not only blew up with optimism and excitement over Chapek’s removal and Iger’s return, but Chapek got dismissed again… this time with a little Haunted Mansion humor.

@ScottGustin took to social media to share Chapek’s 999 days with the note, “Apparently there’s not always room for one more.”

Disney fans were quick to pick up on the reference!

RELATED: Disney Stocks Soar As Analysts Claim “the Magic is Back.”

While Guests board the gloomy Doom Buggy ride vehicle, the Ghost Host shares that there are 999 Happy Haunts in the Haunted Mansion… and, with an eerie laugh, adds… “But there’s always room for one more.”

The Disney fandom was quick to compare Chapek’s 999 days in office with the 999 happy haunts on the Haunted Mansion… where Chapek isn’t being allowed in as “room for one more.”

Disney fans dropped comments and gif galore to the post:

Ouch! We’re sure the “999” time frame was never planned by The Walt Disney Company, but the way Disney fans pulled in the Haunted Mansion reference to Chapek’s firing is entertaining, to say the least.

As always, we will continue to keep readers updated as we learn more about Bob Chapek’s firing and welcome the return CEO Bob Iger.

2022-11-21
Jamie Sylvester
Previous: Disney Stocks Soar as Analyst Claims “The Magic Is Back”
Next: Bob Chapek Declines to Comment on Stunning Firing