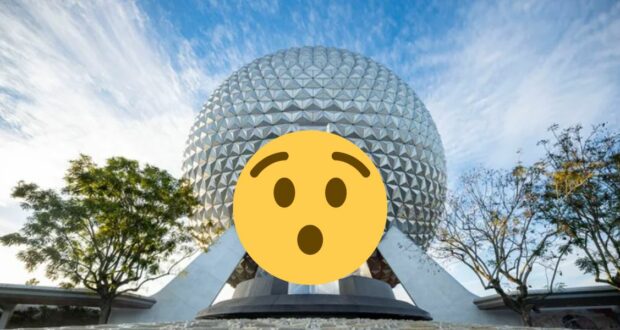 Over the past couple of years, Disney fans have been on the edge of their seats regarding Disney projects and news. One fan has even gone as far as mocking Walt Disney World Resort by renaming “EPCOT” and selling shirts to go with it.

2019 was an incredibly exciting year for Disney fans. At the 2019 D23 Expo, The Walt Disney Company announced multiple projects that would be coming to Disneyland and Walt Disney World Resort.

Unfortunately, these massive Disney Park projects were all put on hold when the COVID-19 pandemic hit in 2020. While much of the world shut down in 2020, two years later, many are still picking up the pieces… including Disney’s project list.

While many of the Disney experiences we all know and love are back up and running, a vacation to Walt Disney World is extremely different now from pre-COVID days with price hikes, upcharge services such as Disney Genie+ and individual Lightning Lane attractions, and Park Pass Reservations.

Now, as we near 2023, much of EPCOT is still a construction zone as Disney announced in 2019 the Park’s huge overhaul to truly make EPCOT the “Experimental Prototype Community of Tomorrow.”

But with canceled projects such as the removal of the PLAY! Pavilion, Mary Poppins-themed attraction, and a Spaceship Earth update… Disney fans seem to have difficulty focusing on new experiences such as Guardians of the Galaxy: Cosmic Rewind roller coaster ride, Space 220 restaurant, Remy’s Ratatouille Adventure attraction, and the incoming Journey of Water Inspired by Moana.

One Disney fan took to social media to mock Disney by renaming the EPCOT acronym “Experimental Prototype Community of Tomorrow” to “Expansion Projects Canceled or Trimmed.” Furthermore, the rename comes along with the sale of shirts, mugs, stickers, and more!

@GoAwayGreen took to social media to post a picture of the EPCOT renaming with a shirt along with, “Since people are asking nicely… shirts start at $14 for the next 3 days.”

To make matters worse, Disney’s 2022 D23 Expo didn’t help the company recover in the eyes of Disney fans. Instead, The Walt Disney Company announced “what if” ideas that included projects like villains, Encanto, and Coco lands at Magic Kingdom Park, possibly Zootopia or Moana to replace DinoLand U.S.A. at Disney’s Animal Kingdom Park, and more.

The announcements were exciting, but the “blue sky” and “what if” news left Disney fans curious on what is actually on Disney’s project list and what Disney is simply spitballing for fun.

We’ll be on the lookout for these EPCOT “Expansion Projects Cancelled or Trimmed” shirts the next time we are in the Park, as we suspect they will be a popular buy.

2022-10-25
Jamie Sylvester
Previous: RUMOR: BIG Price Increase Coming For Disney Vacation Club Members
Next: ‘Salem is NOT Disney World’: So Many Tourists This Year, It’s a Safety Hazard, and Disney May Be to Blame