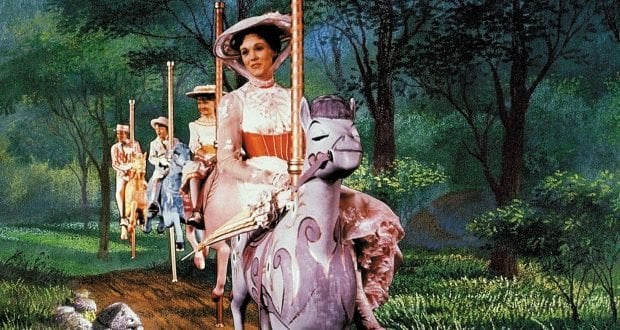 We always love hearing attraction rumors and this one would definitely be exciting if it were to come true!  There have been rumors circulating for the last couple years that there could be a Mary Poppins attraction added to the United Kingdom pavilion within Epcot’s World Showcase.  There was also talk of a Brave-themed attraction coming to the same pavilion.  It is starting to look even more probable that Disney would opt to move forward with a Mary Poppins attraction with the new Mary Poppins Return film set to open in theaters later this year.  Cherry Tree Lane has been shown in the trailer for the film, which could be a subtle hint that Disney will tie in Cherry Tree Lane at Epcot.

Rumors around a Mary Poppins themed attraction seem to indicate that we may see work start in the pavilion by the end of the year.  The attraction would be a new dark ride that would sit in an area where there is currently a special events space. One concept that was previously rumored was an attraction where guests would ride on horses from the carousel through a variety of different scenes. There was also a rumor that a separate carousel ride could also be in the works and a second attraction that would come to the pavilion.

Of course this is all still rumor and speculation and we don’t know when or if Disney will announce this project.  If Disney is truly going to break ground on construction this year, then they will have to make some kind of announcement soon.

What would you all think of a Mary Poppins attraction?