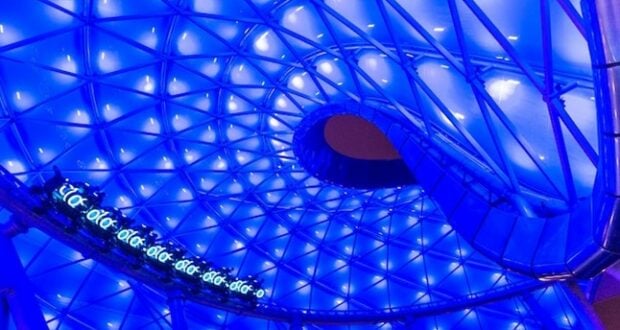 D23 has released a list of “Every Disney Moment We’re Looking Forward to in 2022”. While the list is full of exciting experiences, it’s quickly noticeable the mention of Disney World’s TRON Lightcycle Run is missing from the lineup.

As previously announced, on March 1, 2022, the first voyage of Star Wars: Galactic Starcruiser will depart. Guests will board the Halcyon starcruiser for a two-night adventure where they see, feel, and live their own Star Wars story. Galactic Starcruiser has recently fallen into some negative reports among Disney fans so we’re keeping our fingers crossed the experience is as impressive as Disney makes it sound.

We were thrilled to see the highly-anticipated Guardians of the Galaxy: Cosmic Rewind at EPCOT made the list! Disney previously announced the new coaster will open in Summer 2022. D23 reports, “As part of the historic transformation of EPCOT, the first “other-world” showcase pavilion will open, giving you insight to the treasures that the planet of Xandar has to share… Oh, and you’ll get to ride on the first-ever Disney coaster to feature a reverse launch! Guardians of the Galaxy: Cosmic Rewind opens summer 2022 to take Guests on an intergalactic chase through time and space!”

The Park experiences list continues with favorites returning like the Main Street Electrical Parade, which will light up Disneyland Park. Three more nighttime spectaculars will return including Fantasmic!, World of Color, and the Disneyland Forever fireworks spectacular.

Disney Parks around the globe are preparing for 2022. Disneyland Paris will ring in its 30th anniversary on March 6 and then debut Avengers Campus later that summer. At Hong Kong Disneyland, a new nighttime spectacular called Castle of Magical Dreams will debut. At Tokyo Disney Resort, Tokyo Disney Resort Toy Story Hotel will open.

D23 even made mention of Disney Cruise Line’s newest ship, the Disney Wish. The Disney Wish is scheduled to sail its maiden voyage on June 9, 2022.

With all the buzz, something BIG is missing! That’s right, where’s the mention of TRON Lightcycle Run at Walt Disney World Resort? The roller coaster construction is well underway in the Tomorrowland portion of Magic Kingdom Park. Sadly, the attraction was initially scheduled to open in 2021 for Disney World’s 50th Anniversary, but with COVID closures, the construction was put on hold.

Now, we’re keeping our fingers crossed that Disney is simply playing it safe which is why they didn’t mention the TRON coaster in their D23 lineup of 2022 events. It looks like for now, we’ll need to catch a ride on the sister attraction, TRON Lightcylce Power Run at Shanghai Disneyland Resort.

Do you think Magic Kingdom’s TRON Lightcycle Run will open in 2022 or 2023? Let us know in the comments.