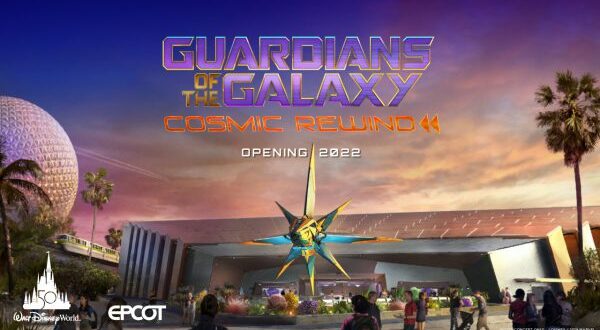 Calling all Guardians of the Galaxy fans! The time has come!

Disney has just announced this morning that the all-new Guardians of the Galaxy: Cosmic Rewind attraction will open to Guests in 2022! 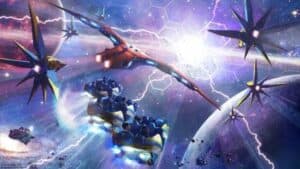 The brand-new family-friendly omnicoaster was announced at the 2017 D23 Expo. Ellen’s Energy Adventure attraction in World Discovery at EPCOT (then called Future World) closed on August 13, 2017, so that construction could begin on the brand-new Guardians-themed coaster.

It’s kinda strange to think of a huge coaster being built right there at EPCOT in the area previously known as Future World.

But we’re thrilled that it’s coming, and we’re even more excited to know that the very long wait is coming closer to being over!

We still don’t have a specific date for the public opening of the attraction, but we will update you as soon as that information becomes available to us.

“I’m so excited for you to discover all those new experiences, [and] there’s even MORE in store as we continue to celebrate the 50th anniversary of Walt Disney World Resort over the next 18 months. This morning, I announced our next major attraction, Guardians of the Galaxy: Cosmic Rewind, will debut in 2022. That’s right, our friends from Xandar will open the first “other-world” showcase pavilion at EPCOT next year, inviting us on an intergalactic chase through space and time!”

We can’t wait to get even more details about the debut date next year for the Guardians of the Galaxy: Cosmic Rewind coaster.

According to a recent Disney Parks Blog post, the ride is going to be epic:

Storycoaster? We like that! Stay tuned for more details about this all-new epic adventure and attraction rolled into one!