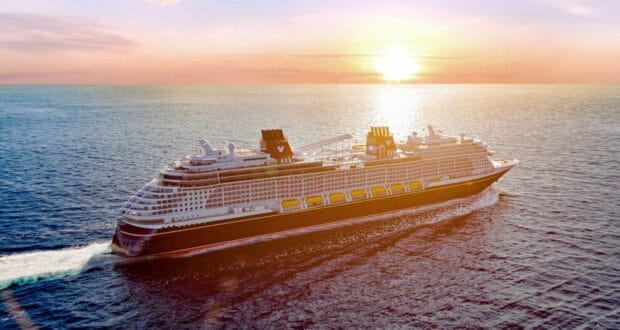 Disney’s Newest Cruise Ship, Disney Wish, Is All Put Together!

Right now, the Disney Cruise Line consists of four amazing ships — the Disney Dream, the Disney Wonder, the Disney Magic, and the Disney Fantasy. However, beginning next summer Disney will add another ship to its impressive fleet, the Disney Wish. The Disney Wish will offer one-of-a-kind experiences, including a Frozen-themed dining experience, Incredi-games, new theater shows, and the first “attraction at sea”, the AquaMouse. There will even be a party featuring the popular pirate Redd from the Pirates of the Caribbean attraction. 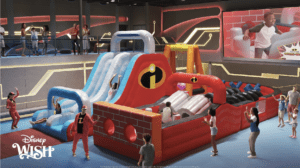 The Disney Wish was announced at the D23 Expo in 2019 and was originally scheduled to begin sailing in January 2022, but the pandemic put things on pause for a while and sailings will not begin until June 2022. In April 2021, Disney finally gave fans a highly-anticipated first look at the Disney Wish, including a look at the atrium, the cabins, and more. However, the first look was all artist renderings as the ship was still being built. 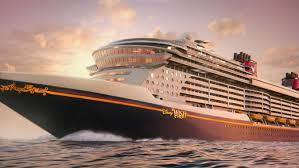 Well, now we have an exciting update to share with you. The Disney Wish is all put together and is finally looking like the incredible cruise ship it will soon become! Walt Disney Imagineering shared on Instagram that the final massive block of the ship had been mounted.

Take a look at how our team of Disney Imagineers and partners at @MeyerWerft Shipyard completed the momentous milestone of mounting the last block of the #DisneyWish.

This block will include exciting spaces, such as the Premium Dining and Adult Pool area. The last block was lifted by an overhead gantry crane inside the main building hall and mounted to the aft of the ship.

From a construction point of view, this nearly completes the building of the ship. Now all that remains is the interior outfitting, prefabricated cabin installation, system installation and commissioning. 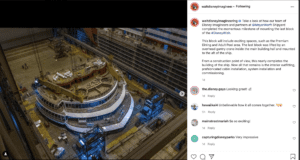 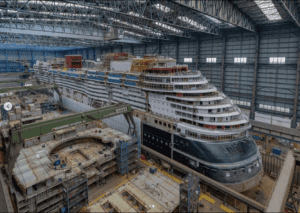 While it seems that there is still a lot to do on the ship, and there is, Disney is a seasoned pro at the construction of cruise ships and everything is on schedule for the ship’s maiden voyage on June 9. The Disney Wish will sail from Port Canaveral, Florida, and head to the Bahamas, making a stop at Disney’s very own private island, Castaway Cay.

You can read more about the Disney Wish and its sailings by visiting the Disney Cruise Line site or clicking here.

2021-12-03
Krysten Swensen
Previous: ‘Travel restricted to emergencies only’: Blizzard warnings issued not too far from Disney’s ‘paradise’ resort in Hawaii
Next: You’ll find hundreds of these at Disney World, but don’t go looking for them in Orlando