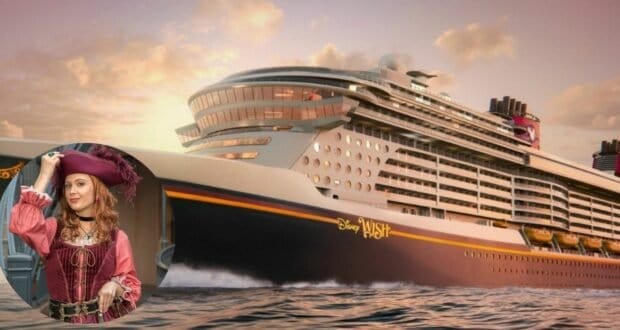 Back in 2018, both Disneyland and Walt Disney World made big changes to the popular Pirates of the Caribbean attraction. The old attraction featured a scene where women were being auctioned off to the pirates that invaded their village. One of the more notable women up for auction was a lady in a striking red dress, and the pirates frequently shouted, “We wants the redhead!”. 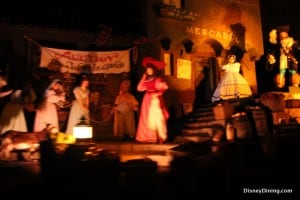 Disney realized that a bride auction and the insinuations about what would happen once the women were sold was maybe not the best message to be sent out in today’s modern world. So, Disney decided to take the famous redhead and make her one of the crew, and Redd the pirate came into existence. Not long after the change was made to the attractions, a Redd character meet and greet came to Disneyland’s New Orleans Square. 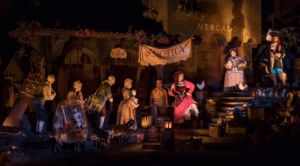 While many fans were not thrilled to see big changes coming to a beloved attraction, Redd has become extremely popular and the changes have actually been pretty well received, once Guests were able to board the boats and see them in person. In fact, Redd has become so popular that she and her pirate cohorts will be hosting a fun Pirate party coming to the Disney Wish when it sets sail on June 9, 2022. 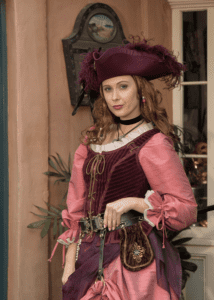 Disney cruisers, rejoice! On one special night of every voyage, guests of all ages can don their most swashbuckling pirate garb and head to the upper decks for a rollicking rock-and-roll extravaganza unlike anything on the high seas — complete with fireworks at sea like only Disney can do — during a new take on our signature nighttime deck celebration.

Hosted by Captain Redd — a descendent of the famous red-headed rogue from the Pirates of the Caribbean theme park attractions — Pirate’s Rockin’ Parlay Party will feature live music, remarkable stunts, special effects and plenty of surprises. Throughout the party, she and her band of head-banging buccaneers will perform famous radio hits from the genre, plus a rockin’ rendition of the classic pirate tune “Yo Ho (A Pirate’s Life for Me).”

When Redd assembles a fearsome council of captains, including the notorious scoundrel Captain Jack Sparrow, they’ll unlock a sparkling treasure that lights the night sky: a fantastic fireworks display underscored by an original arrangement of the sensational soundtrack from the Walt Disney Studios “Pirates in the Caribbean” films. 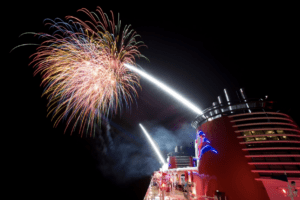 Redd’s Parlay Party is not the only new experience coming to Disney’s newest cruise ship. The Disney Wish will also feature a new Little Mermaid stage show, the Incredi-Games, a Frozen-themed dining experience, and more.

If you would like to find out more about the gorgeous new ship, you can do so by clicking here.

2021-11-23
Krysten Swensen
Previous: DISNEY ON BROADWAY Returning to Festival of the Arts! Check Out the Lineup
Next: Just what did Cast Members find inside a time capsule buried last CENTURY at Disney World?