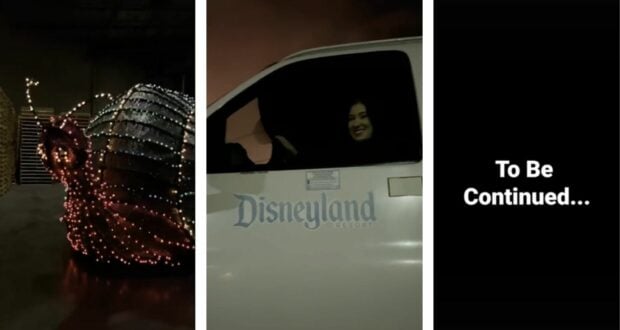 One of the most memorable, most iconic and most “Disney” nighttime spectaculars to grace the evenings at both Walt Disney World and Disneyland was the unforgettable Main Street Electrical Parade, and now, thanks to a teaser video on TikTok from DisneyParks, we are wondering if the exciting nighttime offering is returning to a Disney Park near us.

The TikTok video posted by the official Disney Parks TikTok channel features the iconic snail from the parade, and viewers can see the words “Thousands of sparkling lights” and “To Be Continued.” At the end of the very short video, there is also a digital title sticker that also reads “To Be Continued.”

But viewers also see a box truck backing up in the beginning of the video before the snail appears. At the end of the video, a Cast Member driving the truck waves “goodbye.” To be continued. Hmmmm. 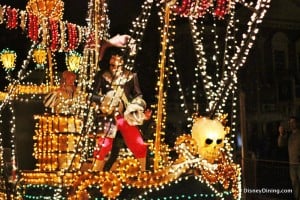 The return of the Main Street Electrical Parade would be a dream come true for many Disney fans of all ages. By some fans’ accounts, the parade is so iconic and so much a part of our memories of Disney World as children and young adults, that we might even be willing to give Mr. Chapek one or two free passes on some of the recent changes inside the parks that we just can’t get behind.

I can still hear the voice of the announcer, with the assistance of a digital vocoder, of course:

“The Main Street (pause) Electrical (pause) Parade!” Then the lights along Main Street, U.S.A. U.S.A. and in the Cinderella Castle hub instantly went out, and the beautiful display of hundreds of thousands of lights would begin! 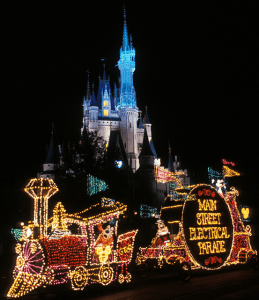 The parade included an endless trail of parade floats decorated in thousands of tiny lights of every imaginable color. Some were floats inspired by Disney classic films, and others, like the huge green iconic snail, were just fun, whimsical characters created for the spectacular itself. 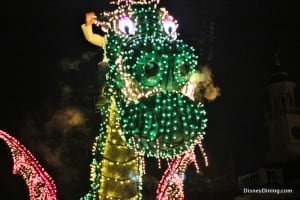 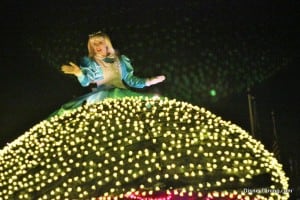 Just as an aside: if you’re wondering whether you can download the music from the Main Street Electrical Parade, the short answer is yes, you can. That’s if you know the name of the melody; it’s called “Baroque Hoedown,” and if you are a superfan of the parade like me, the instant the music starts, you’ll be taken back to those warm nights at Disney World when you stood along Main Street, U.S.A. waiting for Elliott from Pete’s Dragon, Alice and the Caterpillar from Alice in Wonderland, Peter Pan, the Disney Princesses and many other beloved characters, to scurry past you along the parade route.