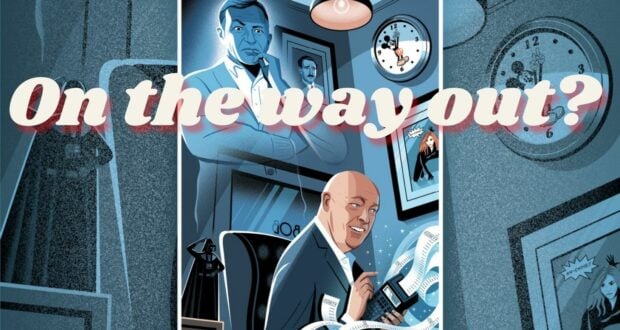 If you’ve spent any time on social media, it’s no surprise that many are not happy with Bob Chapek’s performance in his role as CEO of The Walt Disney Company. And now, an anonymous person has begun a petition to see that performance come to a close.

The 61-year-old media executive came into his role when previous CEO Bob Iger finally stepped down. Passing the proverbial torch had been on his agenda for some time, but the event continued to be postponed. And when Iger did step down, it was at perhaps the worst time possible.

But then again, who could have forecast a global pandemic that would seep its way into every facet of daily life, business, entertainment, etc.? And whether because of the pandemic or because the powers that be had concerns early on, Bob Iger was asked to stay close to the post; Chapek was CEO, but Iger was at his side, always at the ready, and presumably looking after affairs just like he had been doing since 2005. 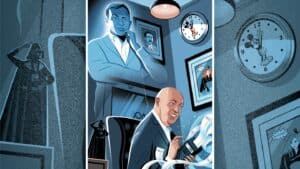 Disney fans have voiced their concerns–and sometimes, their anger, disgust, and sheer frustration–with the Chapek administration, if you will.

RELATED: High-Stakes Disney: Bob Chapek wants the company to get into sports betting

And an annual retreat that took place inside the company back in June in Hawaii has fans wondering if Mr. Iger is beginning to feel what some fans are feeling. Iger opened the meeting with a word of caution.

RELATED: Bob Iger cautions Bob Chapek to not rely too heavily on data when making decisions

“In a world and business that is awash with data, it is tempting to use data to answer all of our questions, including creative questions,” he said. “I urge all of you not to do that; if Disney had relied too heavily on data, the company might never have made big, breakthrough movies like Black Panther, Coco and Shang-Chi and the Legend of the Ten Rings.”

Iger went on to point out that everything done within the scope of Disney begins, at its inception, with creativity. You know, that “one little spark” thing.

Though these words were said amongst a group of people from The Walt Disney Company, word got out, and many began to perceive Iger’s words as a slam to Chapek, however diplomatic. 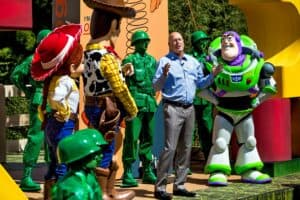 Not only are fans upset with Chapek’s reign; but recently, creative executives under Chapek have begun to be vocal, saying some of them are losing their creative license within their roles, and that’s if they haven’t already lost their jobs altogether, according to The Hollywood Reporter.

Not only does the new petition offer those opposed to Chapek the chance to sign the petition if they feel that he’s unfit for the role of CEO or that his leadership is lacking, but it also goes so far as to name another Disney executive who is, in the opinion of the creator of the petition, has a better track record than Chapek and is better qualified for the role of CEO. 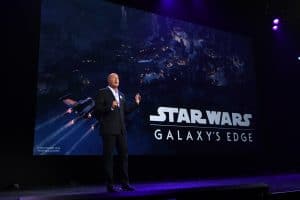 According to the online petition at Change.org:

“Bob Chapek became the Chairman of Parks and Resorts for Disney in 2015. He has consistently made decisions that decrease the quality of what is put into the parks, and also ones that favor using Intellectual properties instead of original attractions. He consistently put himself and money above the product and quality of the company.

In early 2020 he became the CEO of the Walt Disney Company which was extremely concerning. Bob Chapek has made an excessive amount of budget cuts, even with the Covid-19 pandemic being considered. Budget cuts began before the pandemic began, and increased. He recently reinstated full executive salaries at Disney and also has laid off over 28,000 employees throughout the company. And now he is moving the focus to Disney plus, the current big moneymaker, instead of keeping the parks at high quality.

Normally you would think to keep the quality of the parks during a time of decreased revenue, but he is concerned about what will make him the most money quickest. Maintenance at the parks has also gotten its worst under Chapek, and is not getting better. Chapek has proven he doesn’t care about the quality and legacy of Disney.

Josh D’Amaro, the current chairmen of parks and resorts, has not been able to do much under current circumstances, but has been very involved in the parks, assuring quality, greeting guests, and even riding through new attractions to assure high quality. He even went out of his way to console and apologize to cast members throughout Disney World and Disneyland that were affected by the layoff.

So far he has proven an interest, and commitment to the parks, and a want to make them better. While he hasn’t been there long he has made a wonderful impression and could be a good replacement for Mr. Chapek. There are also probably many other executives in Disney that they could make their new CEO. Bob Chapek is hurting and tarnishing the name of the Company, and needs to be removed.”