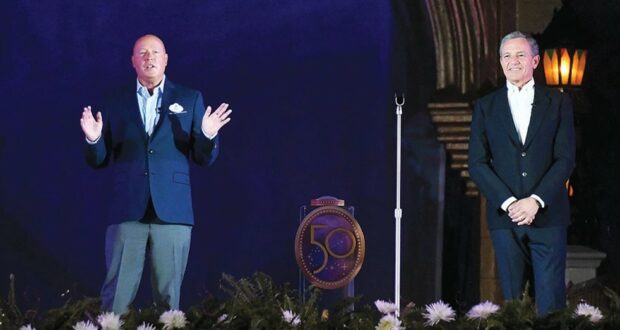 It’s an interesting time in The Walt Disney Company. As Disney’s Parks around the globe are coming back to life and the COVID-19 pandemic case numbers are seemingly decreasing, we’re seeing more and more experiences return to Disney Park and Resorts. Amidst the excitement of the return of many experiences, it seems like Disney used COVID as a reset button which is not such a bad thing. Every company needed to adapt through the trying times. Unfortunately, there is seemingly more and more negative buzz surrounding The Walt Disney Company than what we can ever remember before. The loudest disappointment as of late has been the incoming theme Park addition of the Disney Genie, Disney Genie+, and Lightning Lane which will take over the previously complimentary FastPass system. On top of that, Guests are adapting to new Annual Pass structures and even new, more expensive holiday events. In general, the groans of Disney fans aren’t easily ignored if you follow any Disney blog and simply read the comments. Former Disney CEO Bob Iger has mostly stepped away from the spotlight, allowing Bob Chapek to take the reins as Chief Executive Officer in February 2020. As Iger plans his official retirement for the end of 2021, he seemingly is leaving a few words of warning behind for Chapek and Disney officials.

A Disney Annual retreat was held in mid-July in Disney’s Aulani Resort for the Disney board and top management officials. As Bob Iger prepares for his goodbyes, he had warnings to share about becoming a data-driven company. The Hollywood Reporter shared “Iger decided to open the meeting by offering his parting advice. A longtime critic of over-reliance on market research rather than instinct and taste, he made an inspirational plea for the value of talent. He touched on the challenges of managing creators but stressed that every transaction at Disney — parks, consumer products, movies, and television — starts with creativity.” A quote from Bob Iger states, “In a world and business that is awash with data, it is tempting to use data to answer all of our questions, including creative questions,” he said. “I urge all of you not to do that.” If Disney had relied too heavily on data, he noted, the company might never have made big, breakthrough movies like Black Panther, Coco and Shang-Chi and the Legend of the Ten Rings.”

Apparently, even though there were no outsiders present, Iger’s talk soon began to spread through Hollywood as a shot at the new CEO, Bob Chapek. Chapek has been known in Hollywood as being a cost-cutter and one that raises prices. The Hollywood Reporter goes as far as stating “he was regarded by many with distrust if not outright hostility.” Iger’s speech was believed to show that “he had lost faith in Chapek and that his speech before the board was “a final warning” that Disney was veering off course.”

Bob Iger, is preparing to end his 47-year career with Disney and ABC in December 2021, as previously announced back in Fall 2019. He then announced his career to end with Disney formally in February 2020, making it all much more concrete. Iger previously sat down for an interview with Deadline to discuss his future and reflect on the past. “I am excited about life after Disney,” Iger said. “I felt very strongly in moving on and just seeing what was on the other side. It had nothing to do with being tired. It had nothing to do with frustration.” Iger goes on to say in reference to Bob Chapek’s elevation, “I did not want to overstay my welcome,” he said. “I wanted the timing to be right, and 15 years [as CEO] felt like enough.”

As summarized by The Hollywood Reporter, “The critical question now is whether Chapek ever will be able to mimic the talent-friendly words that Iger said at the Aulani and convince anyone that he means them. “The single biggest topic is, does Disney now think its IP is more important than talent itself?” says Greenfield. “The question is, who is Bob Chapek?” Hollywood will be watching closely to discern the answer. Iger says it will all become clear. “He’s very different from me,” Iger says. “That doesn’t mean he can’t do the job well. Give him time. It’s the only fair thing to do.”