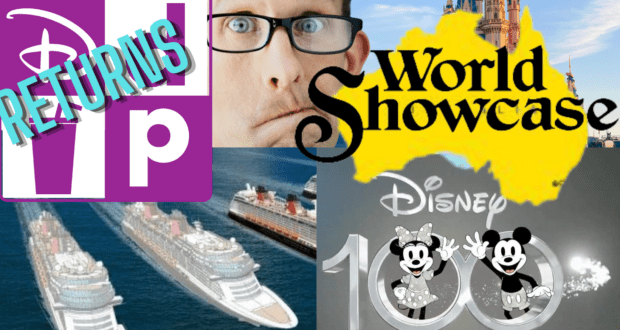 Disney Dining Plan Returns, a new Festival at EPCOT, a FIFTH Theme Park at Disney World, and more news we hope is REVEALED at the 2022 D23 Expo

The 2022 D23 Expo is fast approaching, and we’ve got the rundown on all the news we’re hoping Disney drops when the event takes place in California at the Anaheim Convention Center on September 9th, 10th, and 11th. 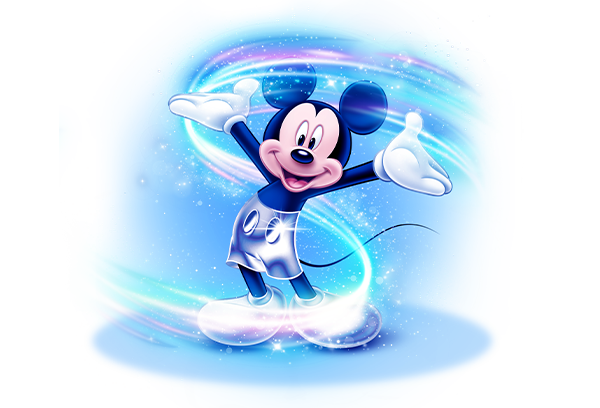 At the Expo, every Disney fan in attendance will get to learn about Disney’s latest plans and projects, including Marvel, Star Wars, and PIXAR projects, Disney’s upcoming films like Strange World, and Disney Parks, Experiences, and Products’ plans about exciting changes and additions coming to Disney’s theme parks.

Disney Legends will be named in a fabulous ceremony, and Disney Plus and Disney Television, including Disney Junior and Disney Channel, will unveil upcoming new shows. And it all takes place inside Hall D23 in Hall D at the Anaheim Convention Center, where nearly 7,000 fans will be seated for Expo presentations.

Disney Cruise Line unveils the name of its next Cruise Ship

The Disney Wish only recently arrived at Port Canaveral in Florida, and on July 14, she took her maiden voyage with passengers aboard. But we’re excited about the next ship! Disney Cruise Line has already told fans that two more ships would be constructed following the completion of the Disney Wish. So we’re hoping to learn when construction will begin, and we’d love to learn the name of the new ship at the 2022 D23 Expo. Bonus points if the name they’ve chosen for the second member of Disney Cruise Line’s Titan class is the Disney Story.

The following contributors will be named Disney Legends, Class of 2022 . . .

The 2022 D23 Expo will kick off on September 9th with the Disney Legends Ceremony, and there are a few people we’d like to see receive this prestigious Disney honor, including: 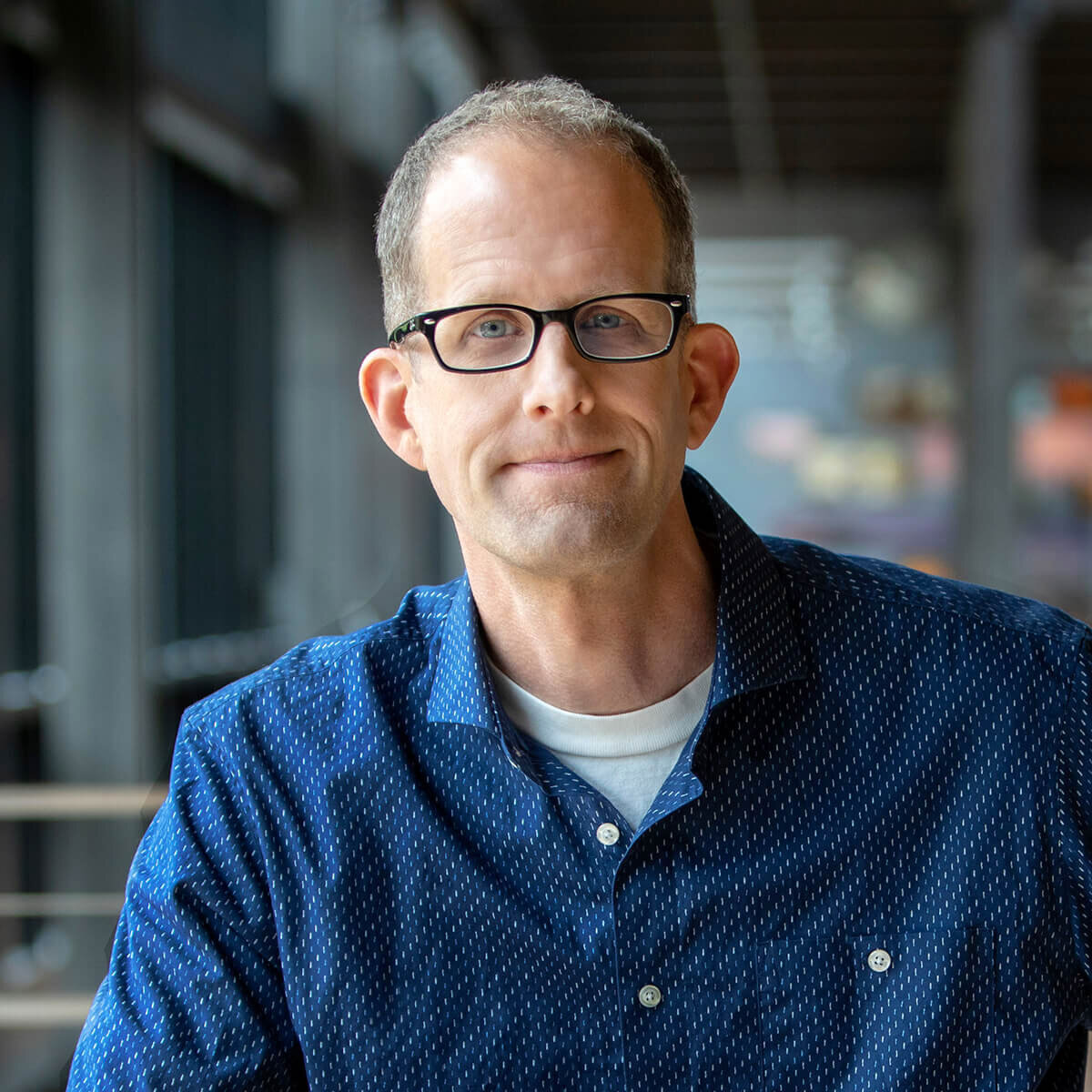 READ ALSO: I never knew a Disney Film could help me process the grief of loss. Until now.

It’s been more than 24 years since the Resort added a new theme park, and there’s plenty of room for a fifth one. PIXAR Park will feature everything we love about the most beloved PIXAR film franchises like the incomparable Toy Story, Finding Nemo, Monsters, Inc., and The Incredibles.

READ ALSO: Disney & PIXAR Films Gone Horribly Wrong: Terrible Lessons we Learn if we Watch Them on Opposite Day

Disney Parks President Josh D’Amaro will also announce that there will be no duplicate attractions or experiences from Disneyland’s PIXAR Pier, meaning no IncrediCoaster. Instead, the signature attraction at Disney World’s PIXAR Park will be one for the record books and feature the most advanced theme park ride technology on earth.

After 34 years, EPCOT’s World Showcase is finally getting a 12th Country

It’s also time for World Showcase to get an upgrade in the form of a 12th country pavilion. The last country to arrive at EPCOT’s World Showcase was Norway in 1988, 34 years ago. Every part of EPCOT outside of World Showcase is in the process of receiving creative new updates, so it’s only fair.

And for those who say there’s no room on the World Showcase, consider this. There are actually several spots around the red promenade that could host a new pavilion. (See the map of World Showcase and pavilion spaces below.) And who wouldn’t want to have an experience from Down Under while at EPCOT? That’s right. It’s time to welcome Australia to World Showcase! 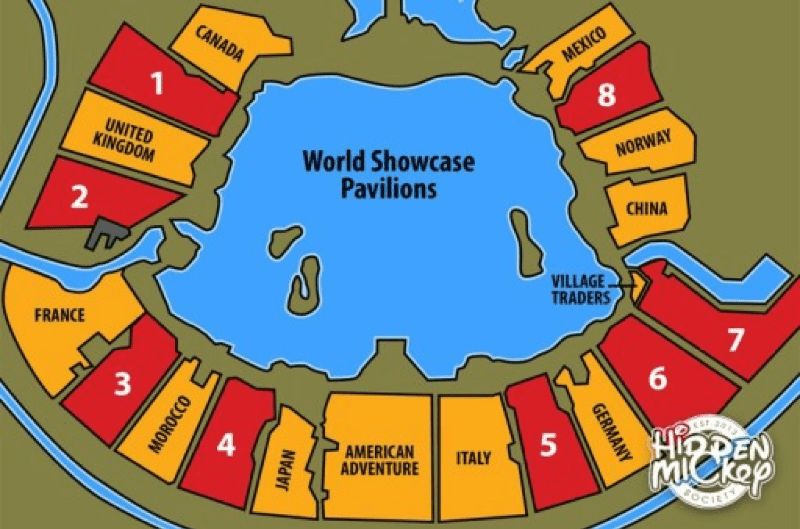 The Disney Dining Plan is Returning, just in time for the 2022 Holiday Season

So many Disney World fans have been waiting for the return of the Disney Dining Plan, which disappeared when the theme parks at the Resort closed in response to the coronavirus pandemic, and it remains one of the few things that has yet to return since the parks’ reopening. 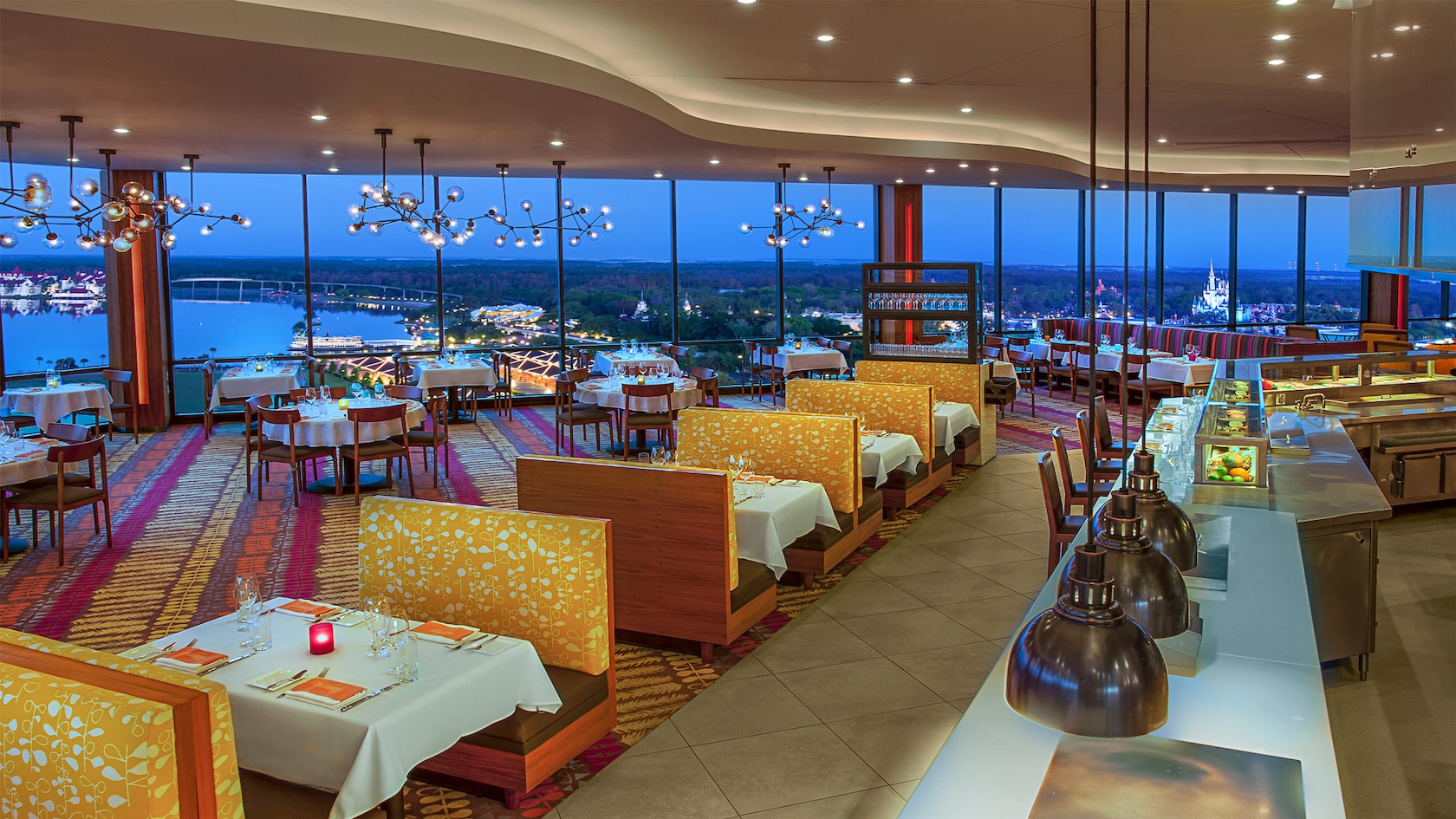 But in our perfect 2022 D23 Expo scenario, Disney announces the return of the Disney Dining Plan just in time for the 2022 holiday season, and the better-than-ever Disney Dining Plan even offers special entitlements specifically for EPCOT’s annual festivals.

And speaking of EPCOT’s Festivals . . .

The newest addition will be EPCOT’s International Festival of Film, featuring themes from the world’s most iconic and prolific films from days gone by. Disney’s Hollywood Studios will also take part in the festivities with smaller offerings throughout that park that complement those at EPCOT.

On the official website for D23, the official Disney Fan Club, some revelations about the upcoming 2022 D23 Expo have already been shared:

The festivities begin Friday, September 9th, with the Disney Legends Awards Ceremony and a kick-off to Disney100. Later that day, The Walt Disney Studios will showcase what’s on the horizon from Walt Disney Animation Studios, PIXAR Animation Studios, and Disney Live Action. On Saturday morning, the Studios will give fans a sneak peek at the latest from Marvel and Lucasfilm. That afternoon, Disney Branded Television will preview its exciting slate. On Sunday morning, fans will get a preview of what’s in store at Disney Parks, Experiences, and Products, and later on, Guests will enjoy a special presentation of Disney Princess – The Concert. 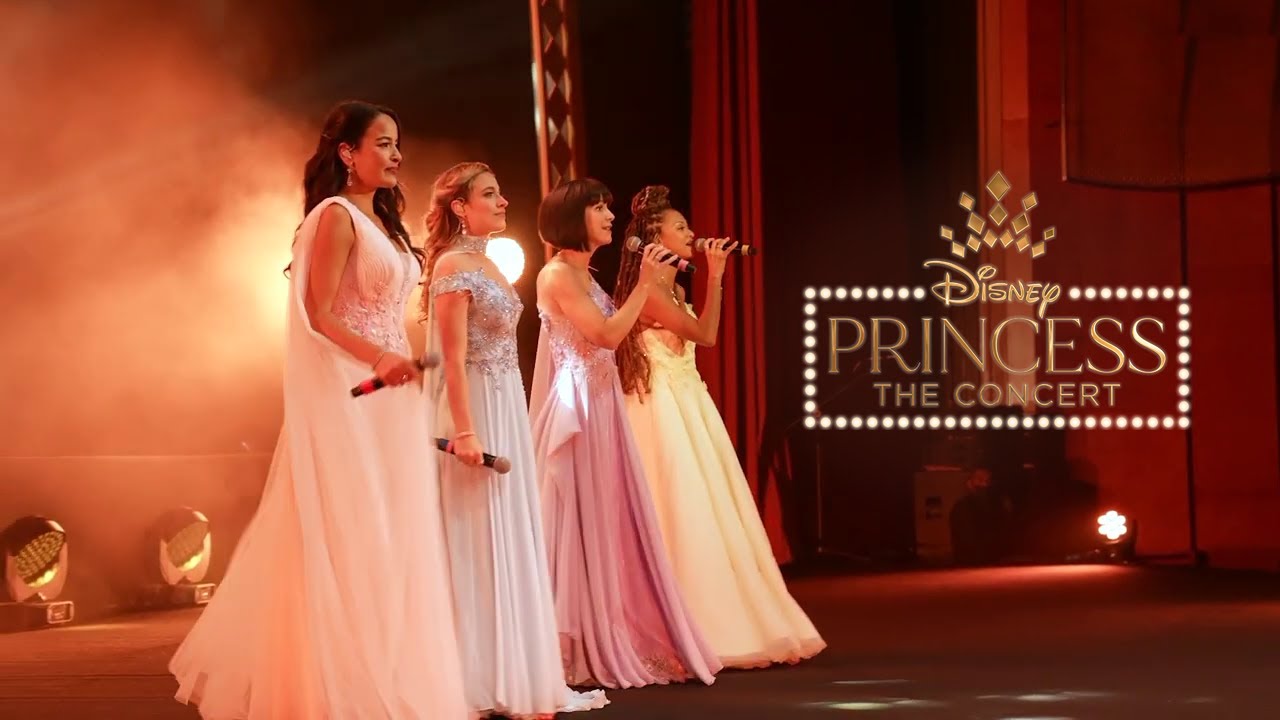 Friday, September 9th: Disney100 kicks off at D23 Expo on Friday, September 9th, at 10:30 a.m. with an epic presentation that includes the Disney Legends Awards Ceremony featuring Disney CEO Bob Chapek. The Disney Legends Ceremony will once again honor those visionaries and artists who have made significant contributions to the Disney legacy. Look for the names of the 2022 inductees to be announced in the coming weeks.

At 3:30 p.m., guests will be treated to new details, first looks, sneak peeks, surprises, and announcements regarding upcoming theatrical and Disney+ titles from Disney Live Action, PIXAR Animation Studios, and Walt Disney Animation Studios. Studio heads, filmmakers, and cast members will come together onstage with the inside scoop on some of these studios’ most exciting titles.

Saturday, September 10th: Filmmakers, celebrity talent, and surprise Guests will join representatives from Marvel Studios and Lucasfilm, among others, onstage in Hall D23 at 10 a.m. to showcase theatrical and Disney+ titles. Going behind the scenes of these studios’ highly anticipated films, specials, and series, attendees will see exclusive footage and be among the first to learn what else is in the works.

At 3:30 p.m., Disney Branded Television, home to some of the most iconic stories and characters in the Disney canon-including Peabody Award winners Doc McStuffins and The Owl House, plus the culture-defining movie franchises High School Musical and Descendants-will present an exclusive showcase of upcoming content that will continue the legacy of excellence in storytelling. The showcase will feature talent appearances and never-before-seen sneak previews of original content for Disney+, Disney Channel, and Disney Junior, including looks at the new Disney+ Original series National Treasure, American Born Chinese, and The Santa Clause.

Sunday, September 11th: At 10:30 a.m., join Disney Parks, Experiences, and Products Chairman Josh D’Amaro for a look at Disney’s boundless future. With announcements and updates on the magic happening around the world in parks, on the high seas, at home, and beyond, attendees will get a behind-the-scenes look at the big dreams of Disney Imagineers. Every Disney fan will want to be a part of this special presentation full of exciting news and surprises.

At this time, every available Disney fan ticket has been sold, and no further tickets are available for the D23 Expo this year. If you’re headed to Anaheim for the Expo, we’ll see you there! 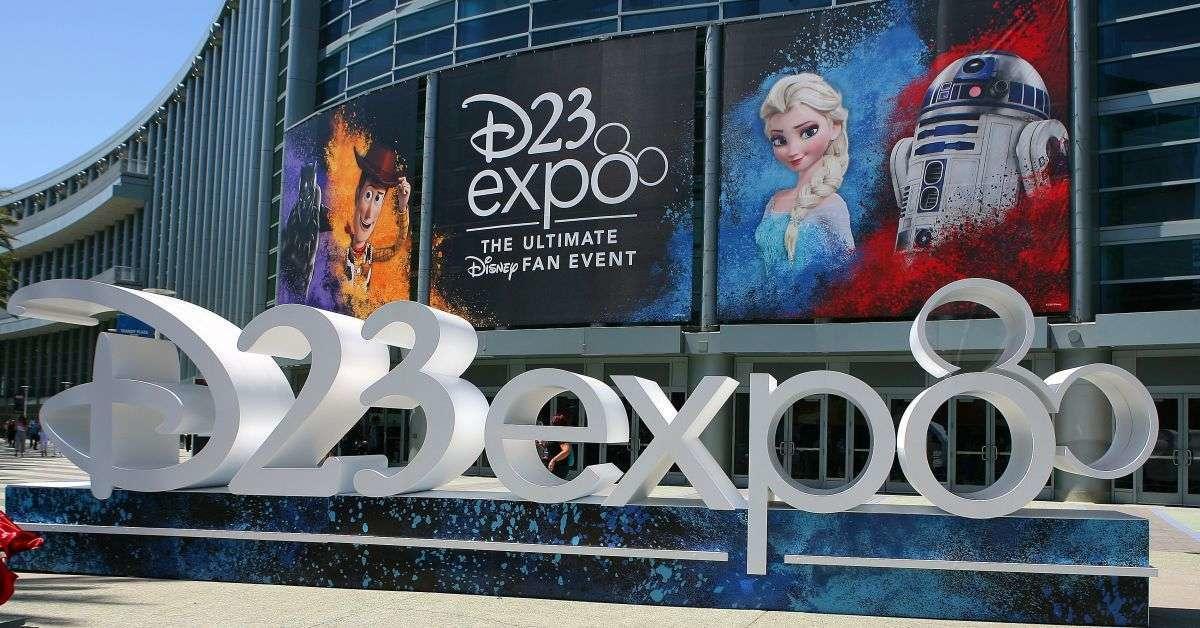 And if you can’t make it this year, no worries! The DisneyDining team of writers will be working round the clock to bring you the most up-to-date and breaking news from the Expo, so be sure to refresh your browser often, and watch your email notifications for breaking news straight from Anaheim!

Questions about D23 Membership? Click here to find out how to join D23!