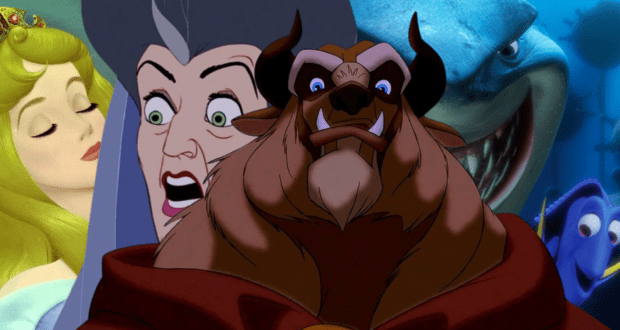 Disney Classics gone Horribly Wrong: Awful, Untrue, & Terrifying Life Lessons we learn if we watch them on Opposite Day

Walt Disney always had a love for storytelling which was evident in everything he produced. From Disneyland attractions to the timeless Disney classics upon which they were based, Walt Disney had a way of telling stories that also teach valuable life lessons. 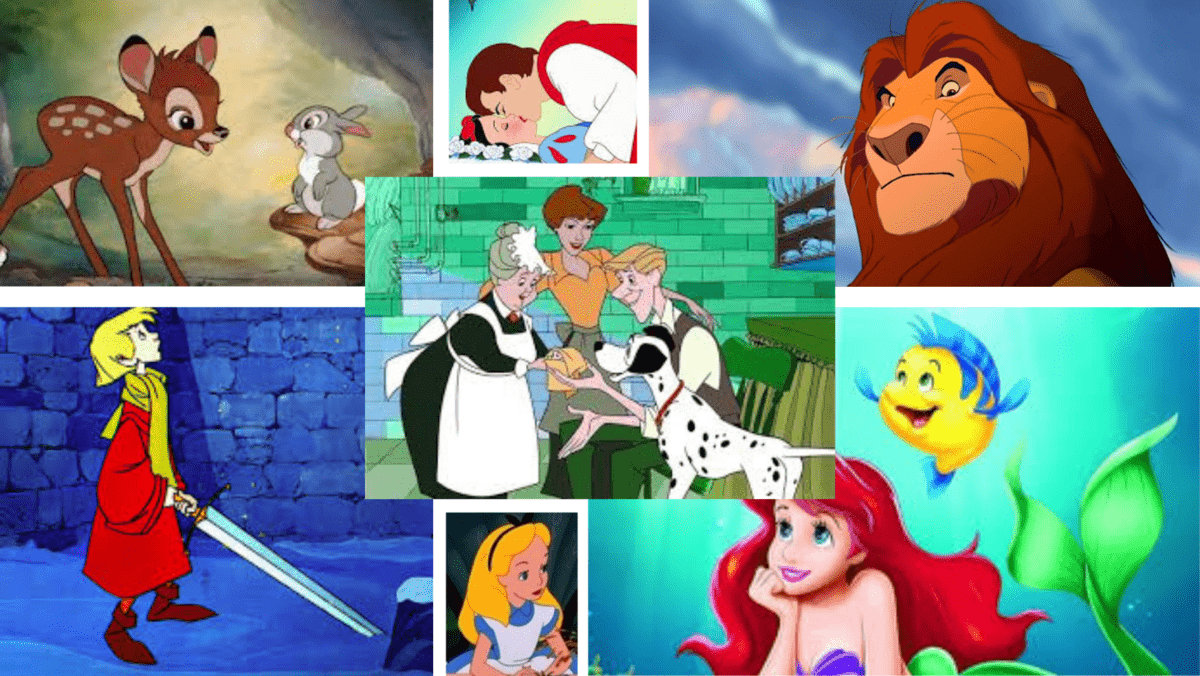 But at DisneyDining, our exceptional team of writers who love Disney knows that by now, you’ve read your fill of articles dedicated to the wisdom Disney fans can gain from watching any number of classic Walt Disney animated and live-action films and PIXAR flicks from days gone by. To that end, this writer has decided to throw away the conventional idea of such a post and direct your attention, instead, to the sorrowful, downhearted, and somewhat horrifying lessons we Disney fans could glean from the classics–if we were to watch them on Opposite Day.

Join me, won’t you, on a journey through time as we take a look at several beloved Disney films from which we can deduce some really terrible, slightly scary, and obtusely depressing messages, should we choose to flip those lessons to their opposite meanings.

“But she warned him not to be deceived by appearances, for beauty is found within.” – Narrator

In Disney’s Beauty and the Beast, Belle attempted to show us the importance of the age-old directive against judging a book by its cover. But did she really mean that? We must ask ourselves, “what else could her message possibly have been?” She fell in love (so we are led to believe) with Beast. In all of recorded history, there has never been such a fitting name for an individual. Beast was exactly that—a creature with a beastly and monstrous appearance. 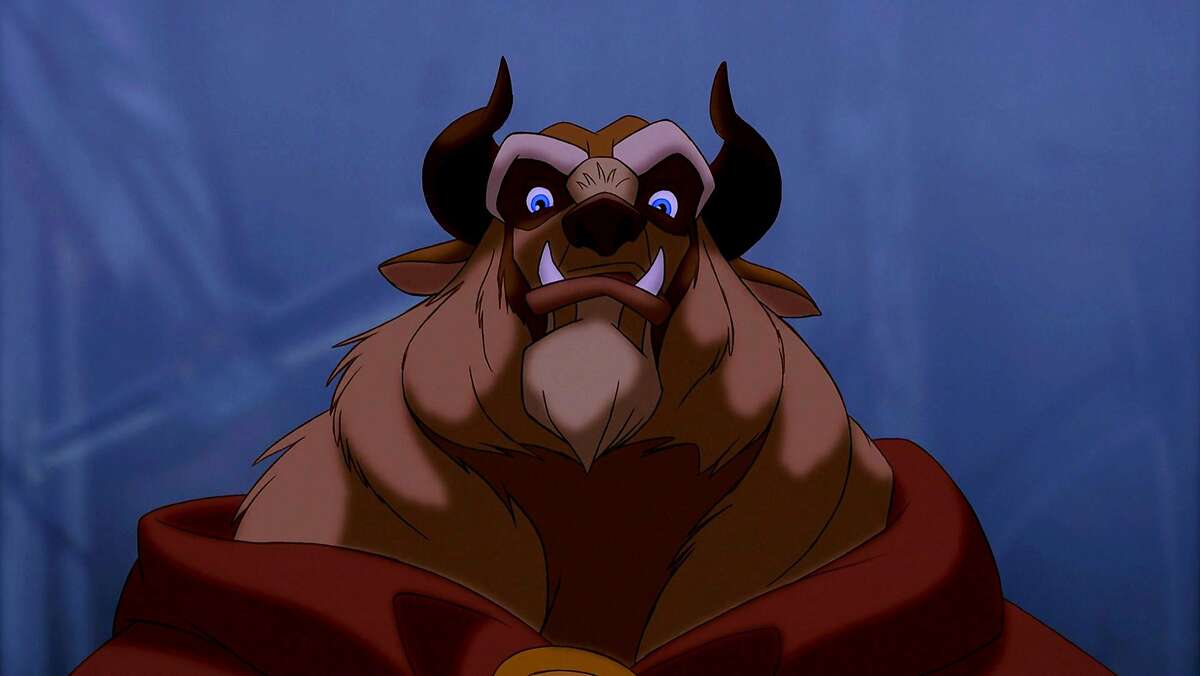 If you’ve ever curled up with a cup of hot chocolate and a fuzzy blanket on a cold winter’s day (that also happens to be Opposite Day) and settled in to watch the “tale as old as time,” you know that Disney’s message to fans young and old is about priding oneself on his or her outward appearance and stopping at nothing to have the look that everyone wishes they had. Never mind what you are on the inside; after all, how will anyone really ever know? Just keep up appearances and don’t waste your valuable time being compassionate toward others around you.

Make your skin-deep beauty your ultimate priority; it’s not like you’ll be cursed by an enchantress or anything.

Your past will always define you, so give up now – Ratatouille

“You must not let anyone define your limits because of where you come from. Your only limit is your soul.” – Chef Gusteau to Remy 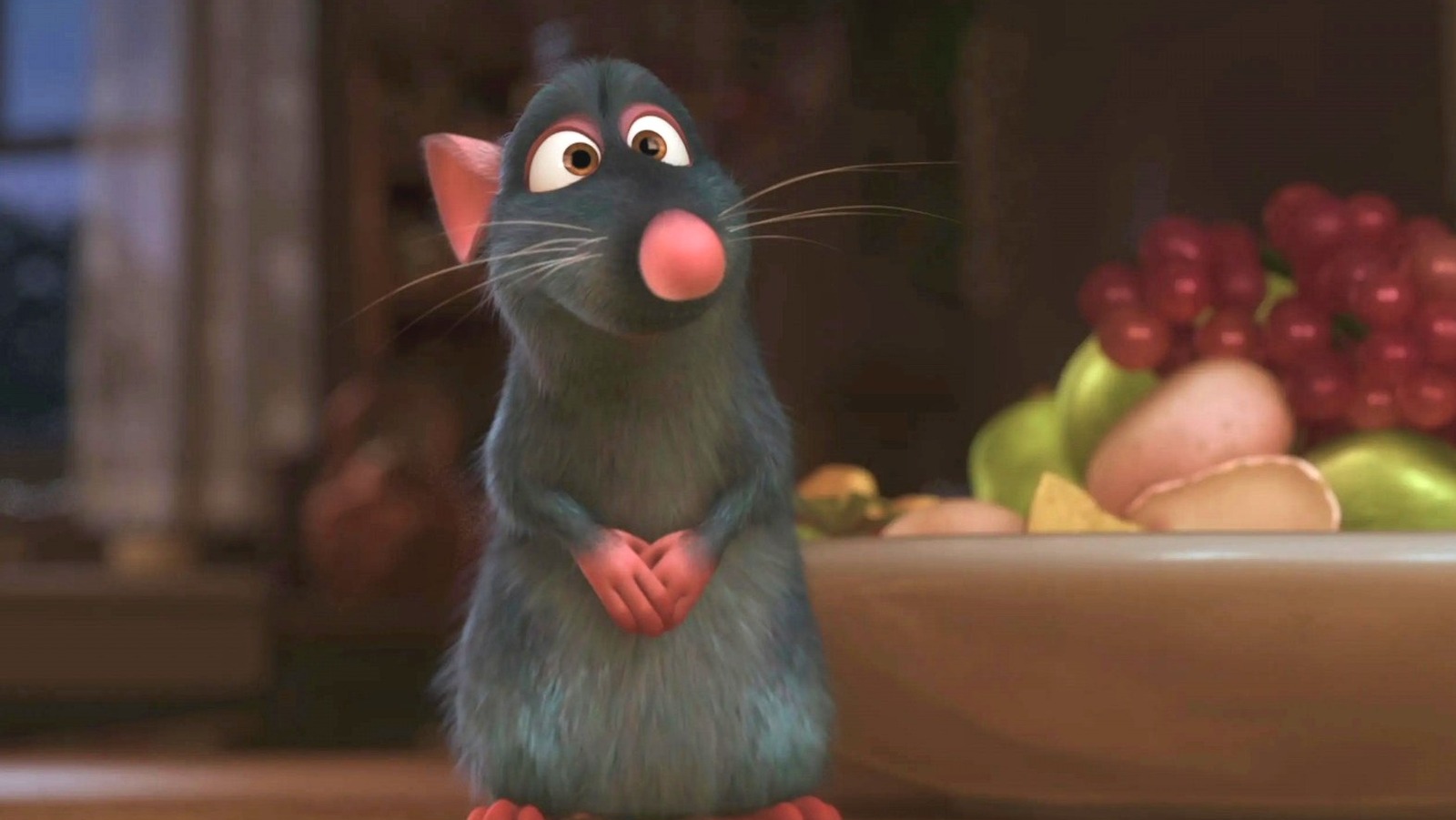 The entire premise of PIXAR’s 2007 Ratatouille centers on a fictitious relationship between the ghost of a dead chef and a rat with a human brain who controls an actual human man’s movements by pulling his hair. Not to mention that all of this takes place in a kitchen, and time will not permit me to point out all the health code violations involved with that story.

What wisdom are we possibly expected to gain from such a plotline, assuming it’s Opposite Day, mind you? The film proposes Remy the Rat as a symbol of someone with big hopes and big dreams–one who’s known for going against the grain and against the flow (probably because he’s disgusted with himself; did we mention he’s a rat?). No matter the garbage his rat father expects him to eat, Remy is determined to pursue the journey of achieving the chef life–and inside the sous kitchen of a famous upscale French restaurant in Paris, no doubt.

Chef Gusteau knew this about Remy because he makes an effort to encourage the rat to keep on going and never be limited by where he comes from. But seriously, who ever found his claim to fame riding shotgun in a ladle and playing Red Rover, Red Rover across the shiny floor of a sous kitchen?

It’s not that we have anything against Remy personally; in fact, we’re doing him a favor in letting him know: Remy, even though your coq au vin features the finest cooking wine, and your beef ragout is on point, you’re never gonna be more than an unwelcomed pest in the kitchen, and even in that role, you’re on borrowed time, so watch yourself. Sorry, little guy; you are what you are.

“No matter how your heart is grieving, if you keep on believing, the dream that you wish will come true.” – Cinderella

Disney’s Cinderella is perhaps the saddest film to watch on Opposite Day. That’s because there’s perhaps no Disney princess more deserving of a good old-fashioned dream come true than Miss Cinderella herself. On Opposite Day, the harsh reality is that Cinderella should have given up a long time ago. Think about it: just how plausible is it that a young maiden would rise to become the wife of the man next in line for the throne–with that dress? The lesson we can deduce from Cinderella is to bloom where you’re planted–and don’t be too disappointed if some of your petals turn brown. 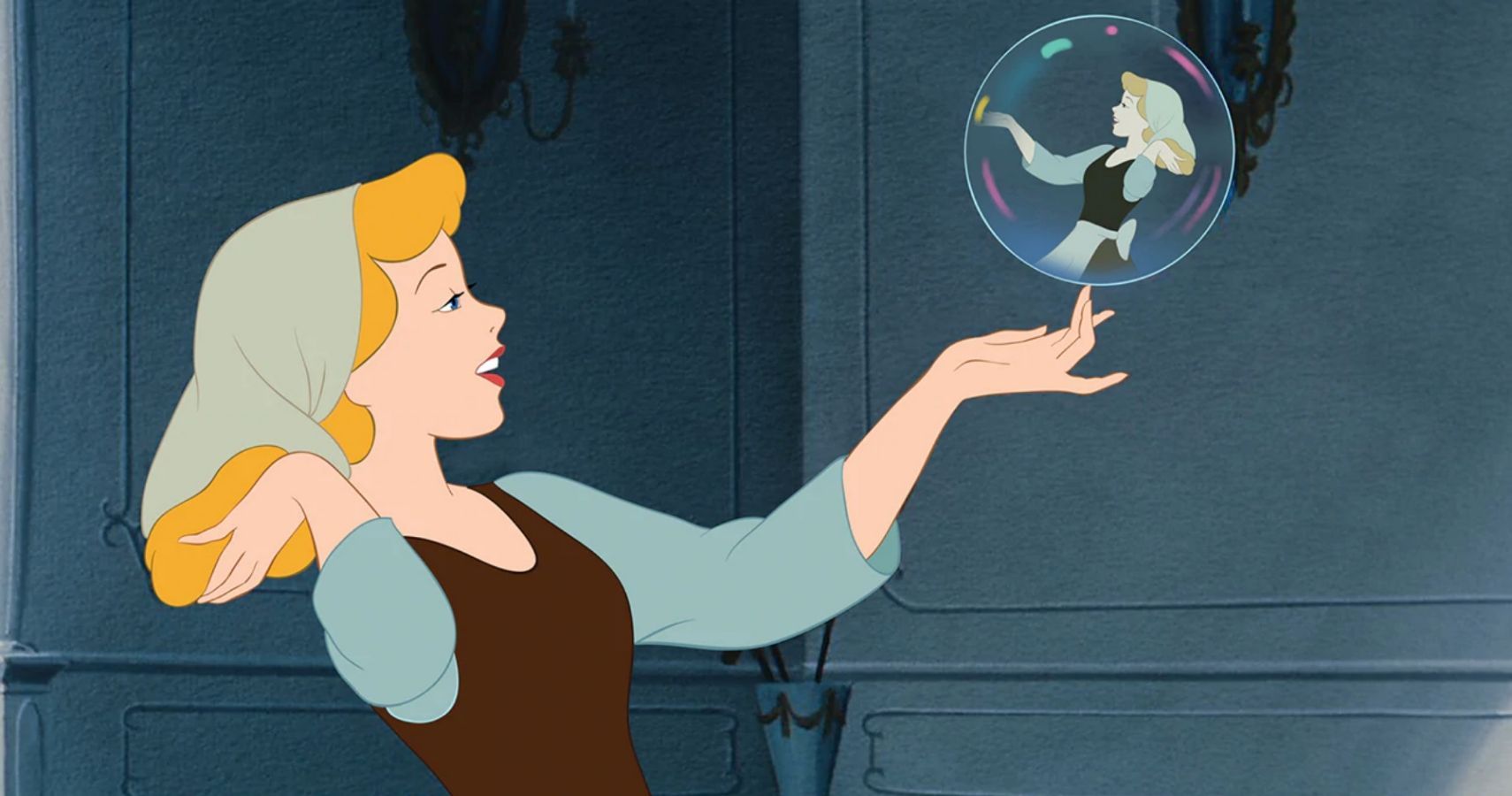 Girl, check your dreams. You might be your daddy’s daughter, but in this house, you’re the maid. So go sweep something. And hurry up about it too.

Forget where you came from, and deal with your downspiral now – The Lion King

“You are more than what you have become.” – Mufasa to Simba 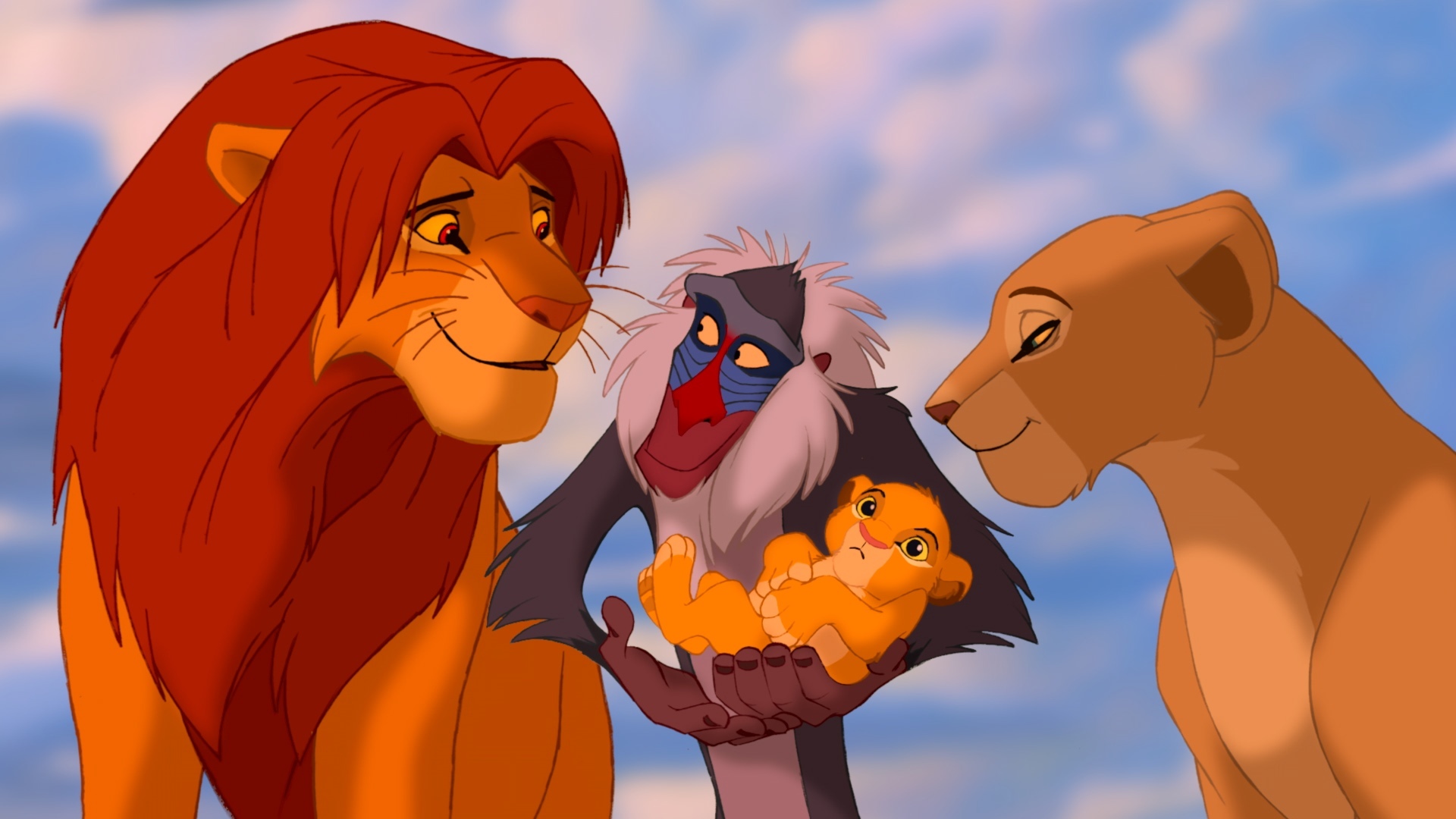 Gusteau told Remy not to limit himself because of his beginnings, and on Opposite Day, we saw how that turned out. In like fashion, Disney’s The Lion King features Mufasa teaching Simba not to forget his beginnings. In the 1994 film, we learn that Simba is impressionable and easily deceived by a power-hungry uncle who doubles as the villain in the film. Scar was not only able to escape blame for his brother’s death, but he was able to pin that blame on Simba.

Simba spends years roaming the savanna like the children of Israel wandered the wilderness. That is, until he learns the truth about himself and about the true culprit in his father’s death. He returns to the now-defunct Pride Rock and regains his place as rightful king. But he should’ve just stayed put.

There’s no chance in Africa that Simba would ever be acquitted of his alleged crimes, and even if he were, it would take him the remainder of his very own circle of life to tell everyone and wait for their respective responses. 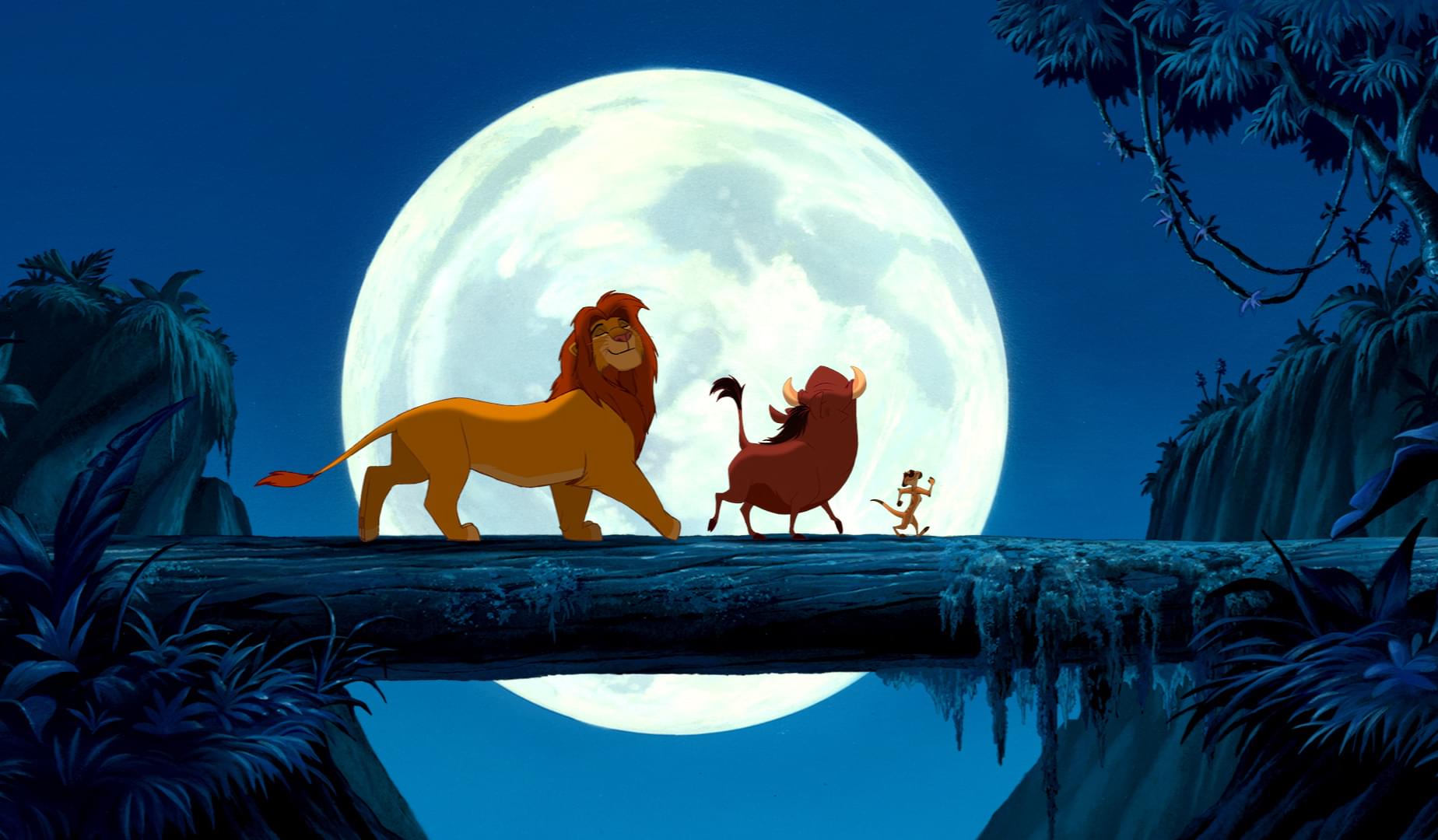 Simba, you are exactly the same as what you have become, so you need to set your mind on to the things that will support you for the time you have left–like maybe some small business opportunities with Timon and Pumbaa, assuming they still want to talk to you since it’s Opposite Day and they probably think you’re a murderer too.

Listen to your head, not your heart. And oh, by the way, that conscience thing is a disaster in the making – Pinocchio

“Always let your conscience be your guide.” – Jiminy Cricket to Pinocchio

Similar to the lessons we can learn from Beauty and the Beast, there are good reminders to look out for number one and to give up now in Disney’s Pinocchio (on Opposite Day). Pinocchio apparently thought the grass would be greener if he could trade his wooden body for one covered in skin. He couldn’t have been more wrong. 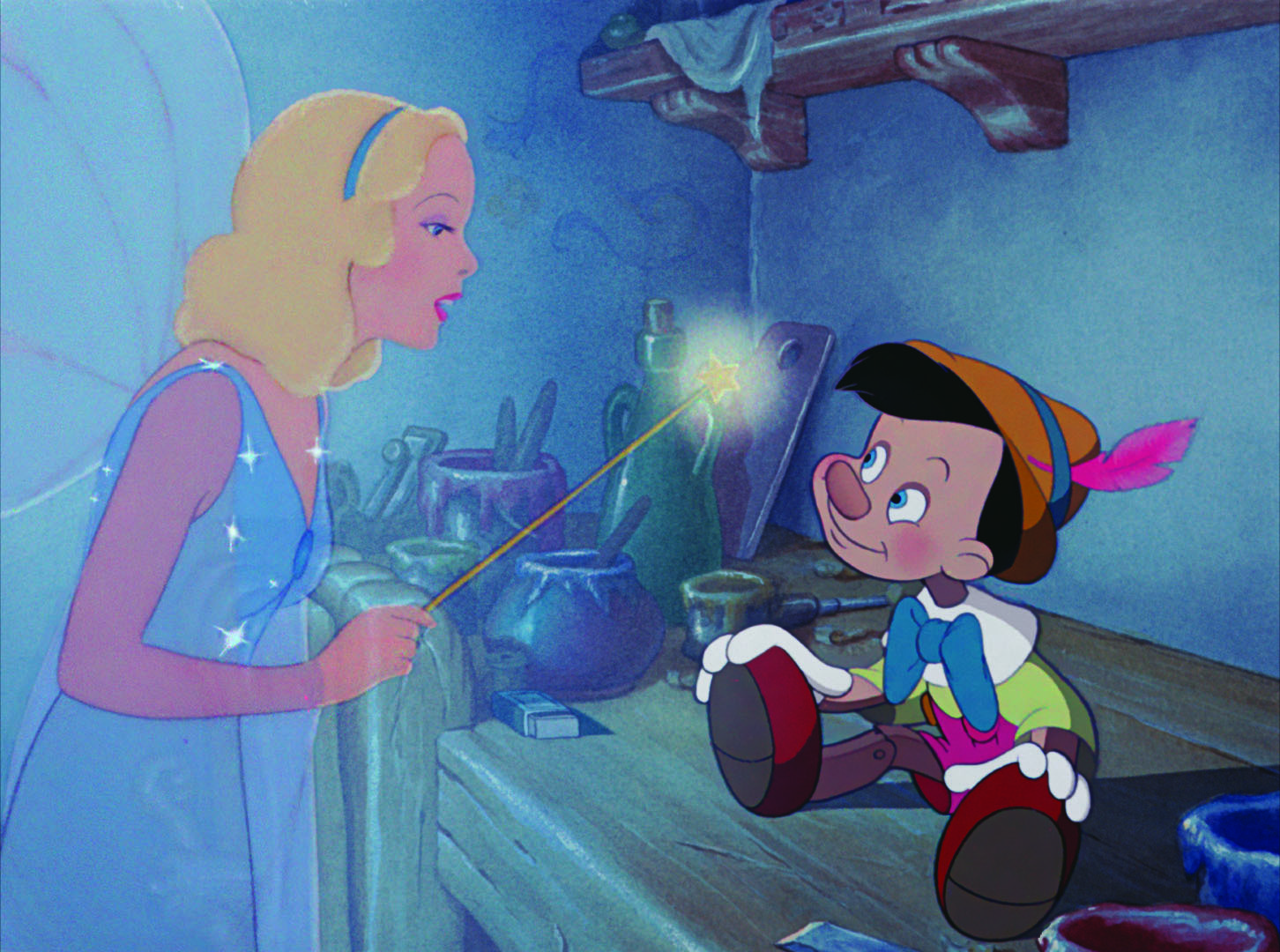 Being a human is hard, and it requires far more than what it’s worth, especially if you came into this world as a seedling that grew into a tree that was then cut down and sent to a sawmill and made into 2x4s that were then cut down to make your arms and legs, to which heavy strings were then attached. What did you expect? Save yourself some time, a lot of embarrassing explanations, and a huge headache, and just give up now.

And if that doesn’t convince you, consider this–humans are expected to follow this conscience thing that is kind of like a voice, but you can never hear it audibly, and unlike Jiminy Cricket, your conscience is not cute and will never be your friend. So you’re already set up to fail. Just stay in Gepetto’s workshop and spend your time developing your relationships with the cuckoos in those clocks. Man, those guys really need to get out more.

The chances of you actually being on the brink of your miracle are slim to none. Go find a new sport – Finding Nemo 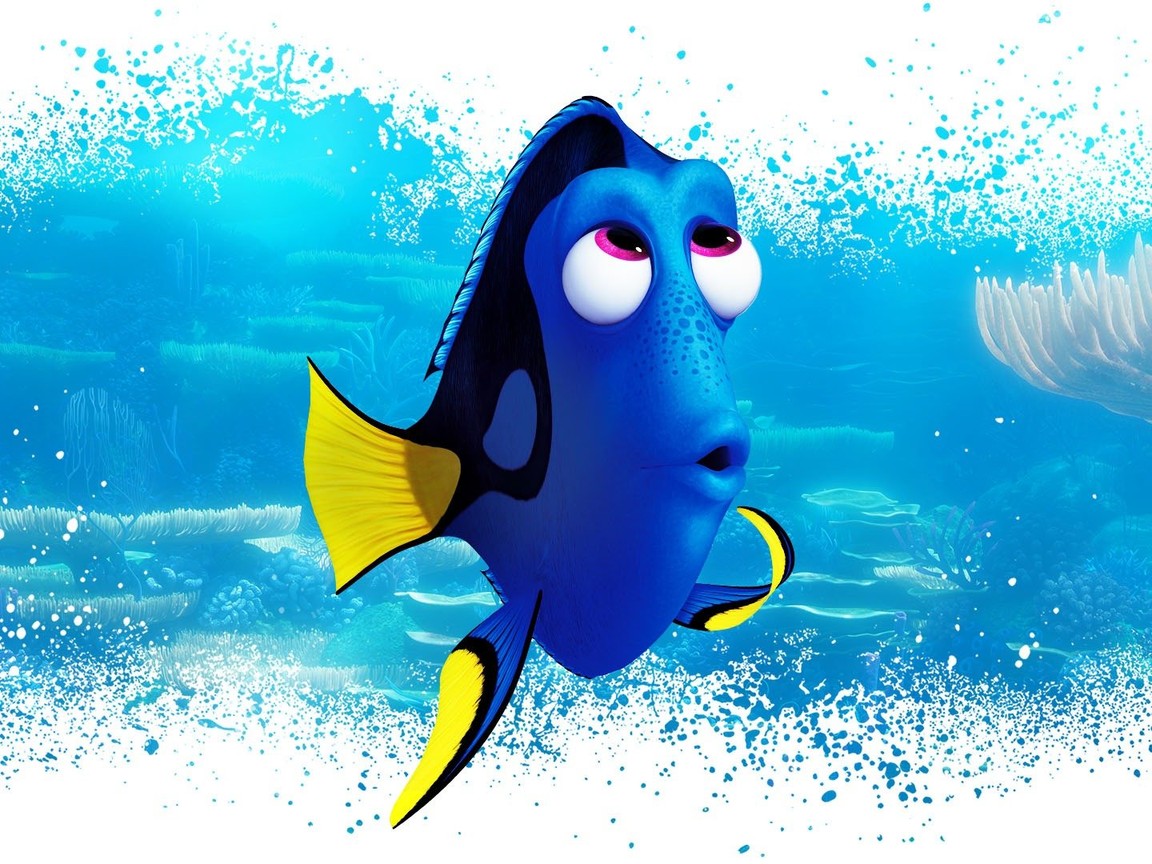 In Finding Nemo, it’s really Dory that carries the whole story. But how many of you are really willing to take direction from a little blue fish that doesn’t remember her name or the fact that she has gills, and not lungs?

If Dory were really Nemo’s friend, she’d tell him the truth: that she has every reason to not keep swimming—an absent mind, no friends, and nary a memory of her family—and that from here forward, she’s going to put her efforts into finding a new pastime, and Nemo should too. Ain’t no future in trying to swim for days on end in an ocean that deep, that dark, and that unforgiving. So stop spinning your wheels (or flapping your fins, as it were).

“If you can’t say somethin’ nice, don’t say nothin’ at all.” – Thumper, repeating what his Mama taught him 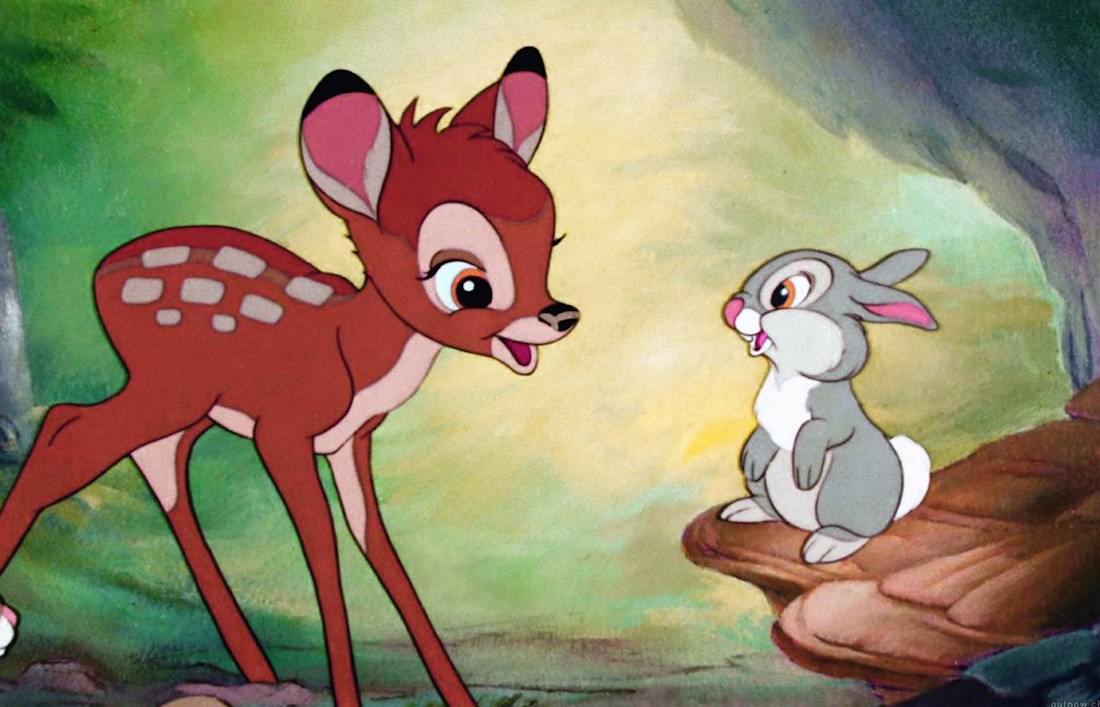 Look, is it our fault that tongues are double-edged swords and we seem to always use the same edge? It’s a free world where opinions, impressions, teasings, and other forms of verbal “observations” should flow freely. And can we please point out that the name “Bambi” had us thinking the film was about a little girl deer till we were in our late teens? Sometimes there’s simply no way to say something nice, so sue us.

Perhaps the best life lesson of all is this: if Opposite Day is the only day on which you can watch classic Disney films this week, just skip them altogether. Or wait until it’s not Opposite Day and stream them then.