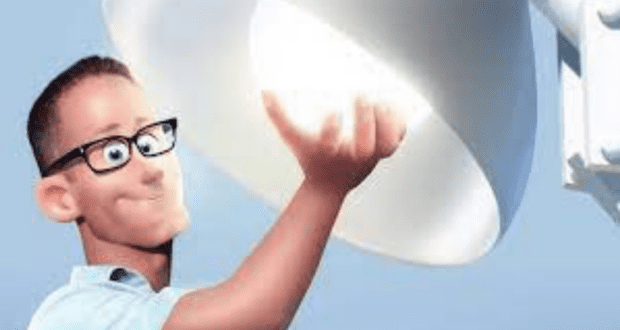 “Empathy and Integrity”: Here’s how ‘a boy from Minnesota’ helped PIXAR survive its former chief’s scandal

PIXAR is a wonder. Everything about the leader in computer animation and storytelling is refreshingly different, from its inception to its software to its storylines to its unbridled success.

The PIXAR of today began in 1979 as The Graphics Group, a division of George Lucas’s Lucasfilm, and was incorporated as PIXAR in 1986 with Steve Jobs serving as CEO until his passing in 2006. In the late 1980s, PIXAR created its own rendering software called RenderMan that would eventually become the animation industry standard, and in 1988, PIXAR’s first short rendered with the new software, Tin Toy, was released. 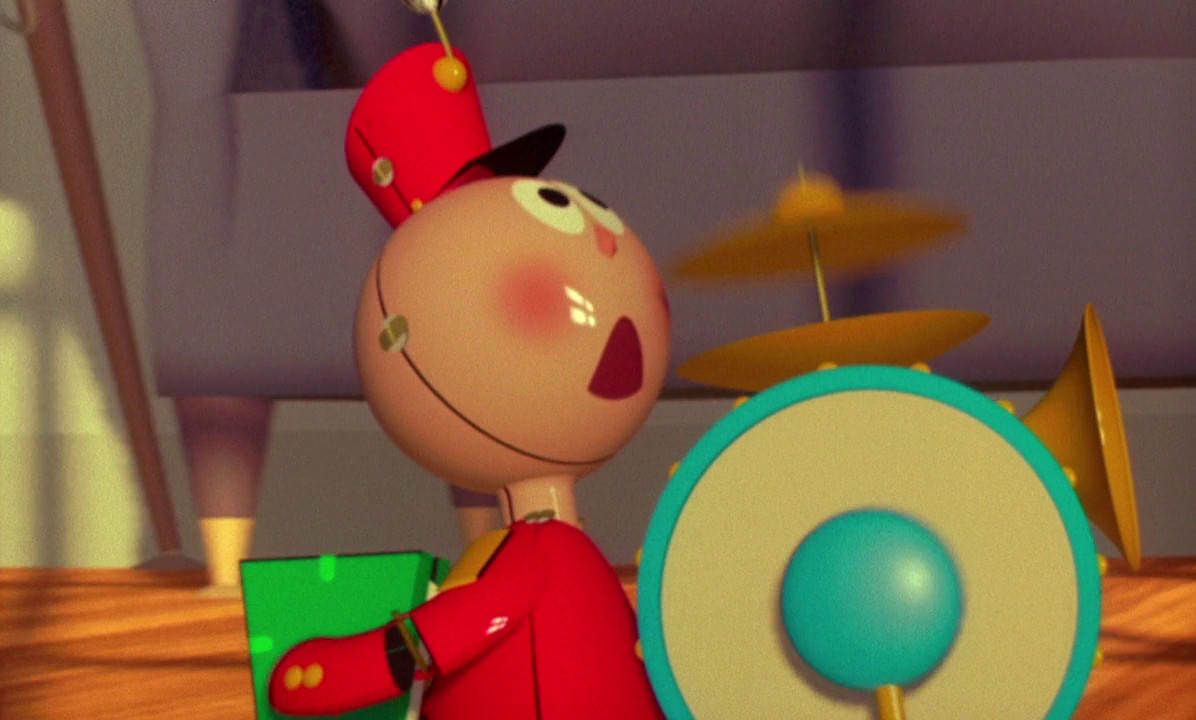 Though Tin Toy has a very dated look compared to the latest generation of CGI animation of today, in 1988, the computer-generated animation used in the short about a one-man-band tin toy and the baby he so bravely consoles was groundbreaking.

The development of RenderMan was one of the things that would give PIXAR’s films a leg up in the world of animation. In 1991, Disney and PIXAR inked their first 3-picture contract, wherein Disney served only as the distributor for PIXAR’s films. But after the success of Toy Story, in 1995, PIXAR had the clout it hadn’t had before and went back to the negotiating table with Disney.

Before 2008, PIXAR had been using its own software, called MENV (pronounced men-vee), but that year, MENV was sent out to pasture as PIXAR collaborated with the AutoDesk company and developed its own 3D modeling software called Presto. To this day, PIXAR has used Presto to create everything from Paradise Falls from Up and the character Syndrome from The Incredibles, to the Italian Riviera in Luca and the giant red panda in PIXAR’s upcoming Turning Red and everything in between.

RELATED: PIXAR’s next film will never see the inside of a theater, and that might be a good thing

But one of the most pivotal parts of PIXAR’s history took place in 1990. In 1990, PIXAR hadn’t quite stepped into a relationship with Disney yet, and the ideas and concepts for Toy Story had barely made their way to a storyboard, let alone a graphics computer.

A young man who once described himself as a “geeky kid from Minnesota who likes to draw cartoons” is hired by PIXAR as the studios’ third animator. He graduated from CalArts (California Institute for the Arts) the day before he started with PIXAR and became an integral part of the development of the storyline and characters for Toy Story, which would be the studios’ first-ever feature-length film. On his very first project at PIXAR, Docter served as the supervising animator. 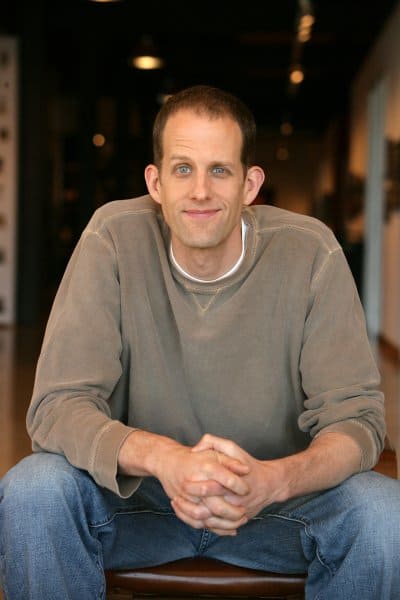 His project list, credentials, experience, and expertise only grew from there.

Disney bought PIXAR in 2006 for $7.4 billion, a deal overseen by then-CEO of Disney, Bob Iger, who would later refer to the acquisition of PIXAR as one of the feathers in his cap–the acquisition he was most proud of. And PIXAR’s knack for unrivaled computer animation and its dedication to creating original stories with unanticipated endings has earned the company billions at the box office.

In 2008, PIXAR’s WALL-e makes the studios $532 million, and the next year, Up sees $731 million at the box office. In 2015, Inside Out, which was written and directed by Pete Docter, earns more than $850 million. And Finding Dory, Toy Story 3, Toy Story 4, and The Incredibles 2 each had box office earnings of more than $1 billion, at $1.02 billion, $1.06 billion, $1.07 billion, and $1.2 billion, respectively. In addition to the financial earnings PIXAR’s films garnered, the studios also gained the respect and admiration of the industry. 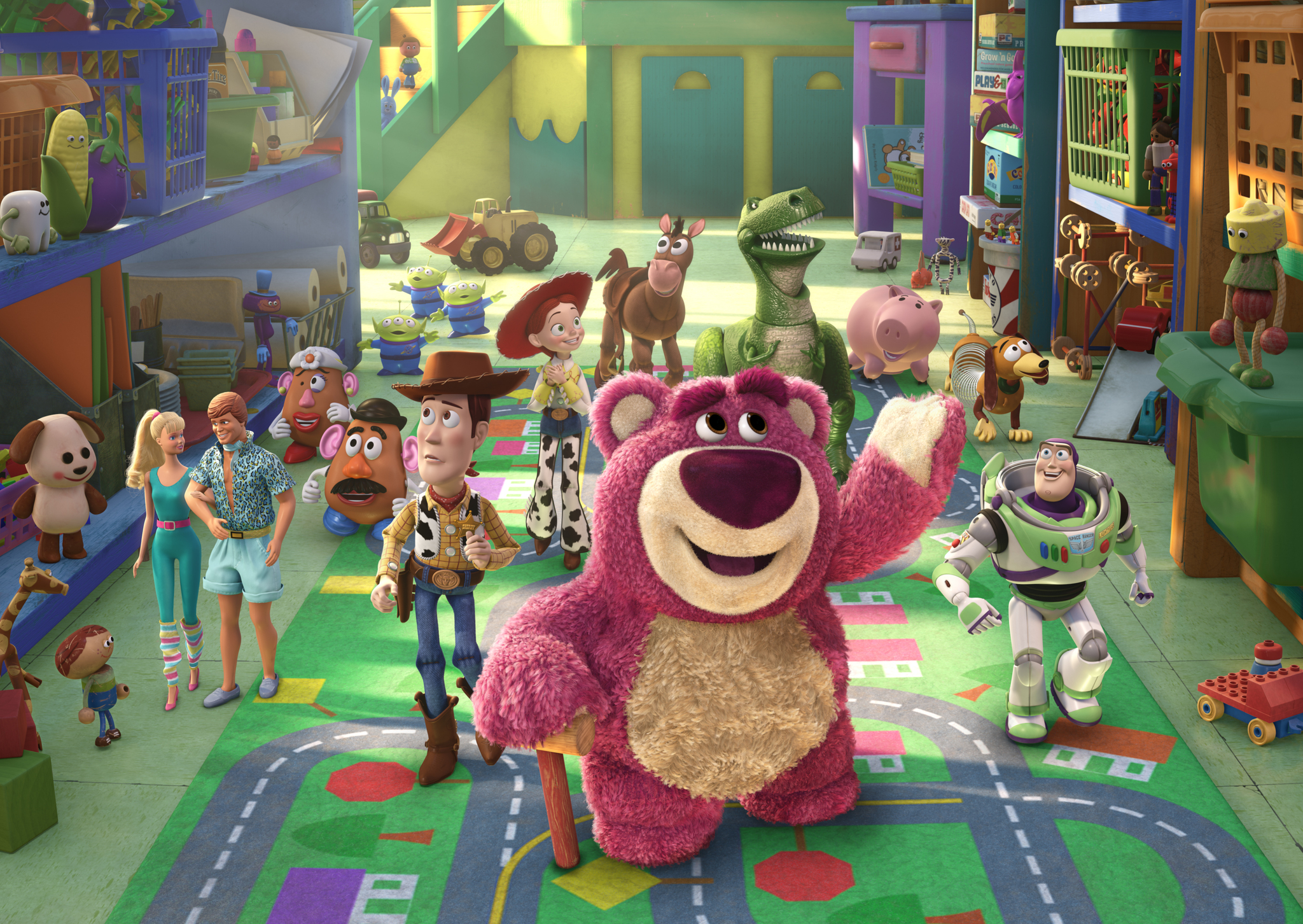 Then came a scandal.

It was a scandal not spoken of in many circles. In fact, it happened very quietly. In 2017, allegations emerged against PIXAR’s Chief Creative Officer, John Lasseter about his supposed “long history of misogynistic and toxic behavior toward his (mostly female) employees,” per IndieWire.com. By November, Lasseter’s office at PIXAR was empty, as the disgraced animator had taken a “sabbatical,” that would prove to be his departure from the company.

In June 2018, Pete Docter was feverishly busy with the work of Soul when Disney CEO Bob Iger called him to his office in Burbank, California. PIXAR had been operating sans chief since Lasseter’s leave. Looking back, Docter says he knew the purpose for the meeting with Iger before he arrived, and it was a bit unsettling for him. 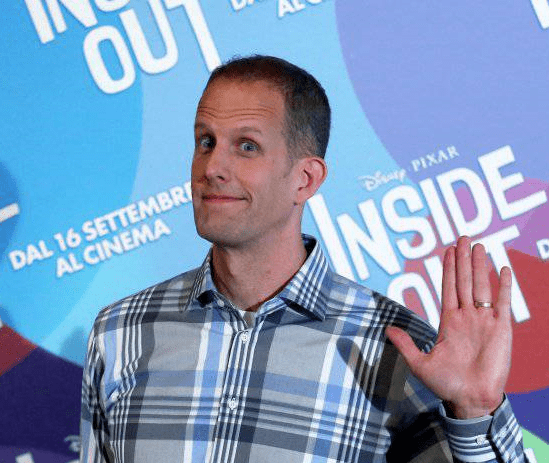 “I had a suspicion of what he wanted to talk about, and it just hit me,” Docter explained. “I will be honest, there was a little bit of dread.”

Docter says–and not in a pompous, arrogant way–that he knew that Iger was planning a proposal: a proposal to make Docter the Chief Creative Officer at PIXAR. It would put Docter at the helm of a studio that had, by that point, grossed $14.5 billion at the box office, won 21 Oscars and helped to set the standard for computer animation and storytelling. It was truly a no-brainer.

According to The Hollywood Reporter, the sudden absence of Lasseter in the middle of the #MeToo movement shook up the studios at PIXAR, leaving employees feeling a sense of anxiousness. Going into his new role as Chief Creative Officer, Docter had to keep that in mind while directing the company and keeping with the strategies of creative risk-taking for which PIXAR had become known and on which much of the company’s success had been based. 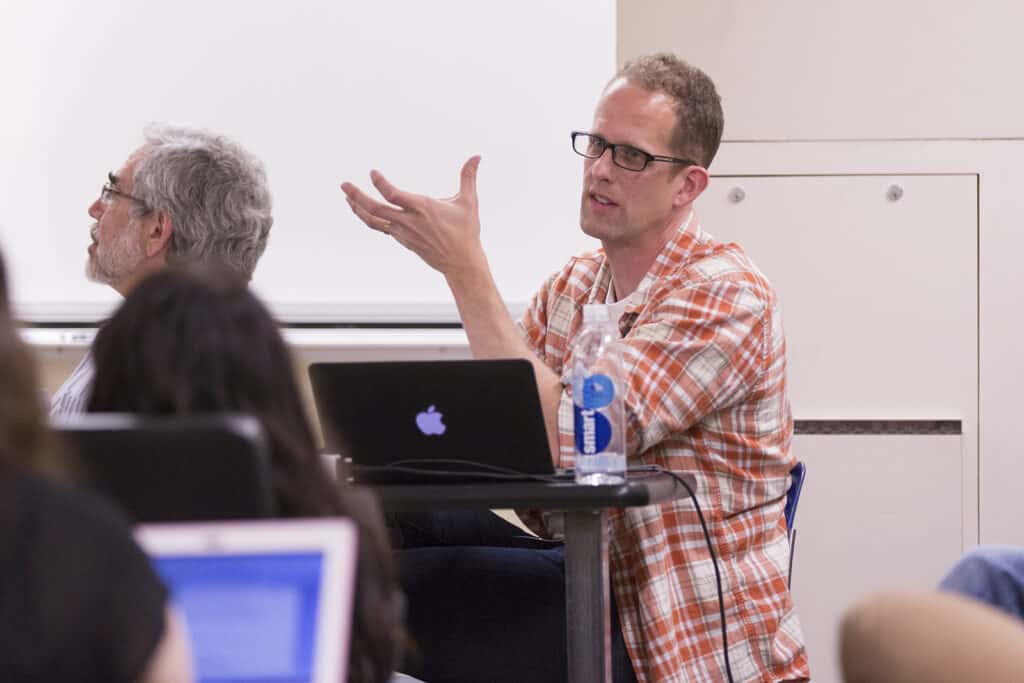 Though Docter might have felt unsure at first about accepting the new role that, to everyone else, seemed the most natural role for him to play at PIXAR, Ed Catmull, one of PIXAR’s inital founders the computer scientist behind its groundbreaking software, says that Docter had always been the one for the role.

“John [Lasseter] had picked [Pete] as his successor quite a while ago,” Catmull said. “Pete was the next leader, the one that’s highly loved. I don’t think we talked a lot about it, but it wasn’t a secret that Pete was the one who would step in if something happened to John.”

Catmull says the decision about Docter was in part because of his sense of responsibility for PIXAR that seemed personal.

“Among everybody, when things were starting to go off the rails–which happens frequently–Pete was the first one in my office concerned about it,” Catmull explained in an interview. 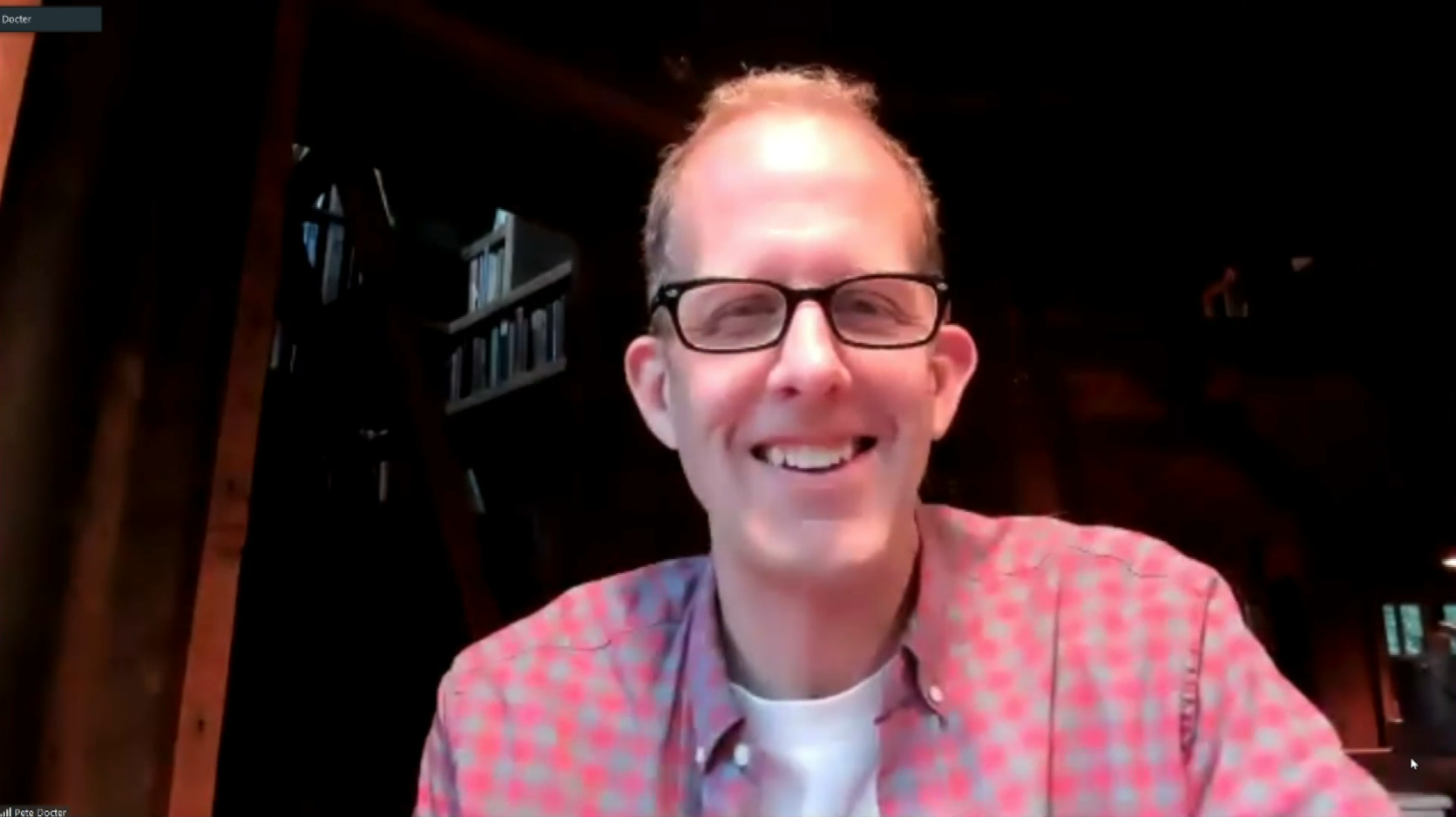 Docter also stood out for his loyalty to the animated film. While his counterparts like Brad Bird and Andrew Stanton have had interests in creating live-action films, Docter has always been strictly about animation.

“You cut Pete open and inside is a ride from Disneyland and a scene from Lady and the Tramp,” says Andrew Stanton, a seasoned PIXAR producer, director, and animator. “[Pete] just fricking loves animation at its very core.”

There was consensus all around, as Bob Iger also agreed that Docter was the only choice.

“Pete is a gifted artist and storyteller,” Iger said. “He also has a giant heart, whose guiding leadership principles are kindness, empathy and integrity.”