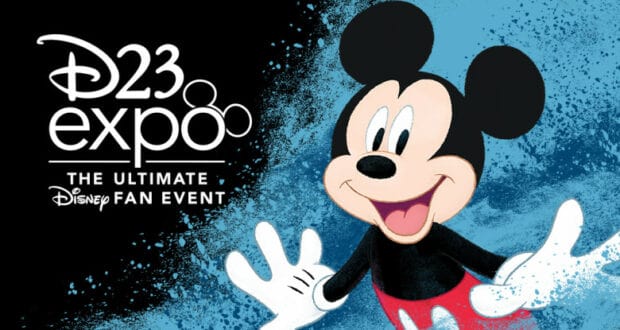 The D23 Expo is Officially SOLD OUT

This year is quite the year for all things Disney. Not only did Marvel reveal its slate — phases four, five, and six — through 2025, but fans of everything Disney will soon be able to celebrate all things House of Mouse in about a month and a half. From September 9 through September 11, Disney will host the D23 Expo — the ultimate fan event — at the Anaheim Convention Center. The D23 Expo will share exciting announcements about every aspect of Disney, including Pixar Animation Studios, Marvel Studios, Star Wars, and Disney Parks. If you were thinking about attending this year’s Expo but have not yet purchased tickets, we have some unfortunate news for you. Tickets for the D23 Expo have now sold out for Friday, Saturday, and Sunday. Fans seem to be more excited than ever to learn all the Disney news, with tickets selling out 48 days before the Expo starts. For reference, in 2019 — the year of the last Expo — tickets sold out just nine days before the start of the Expo. 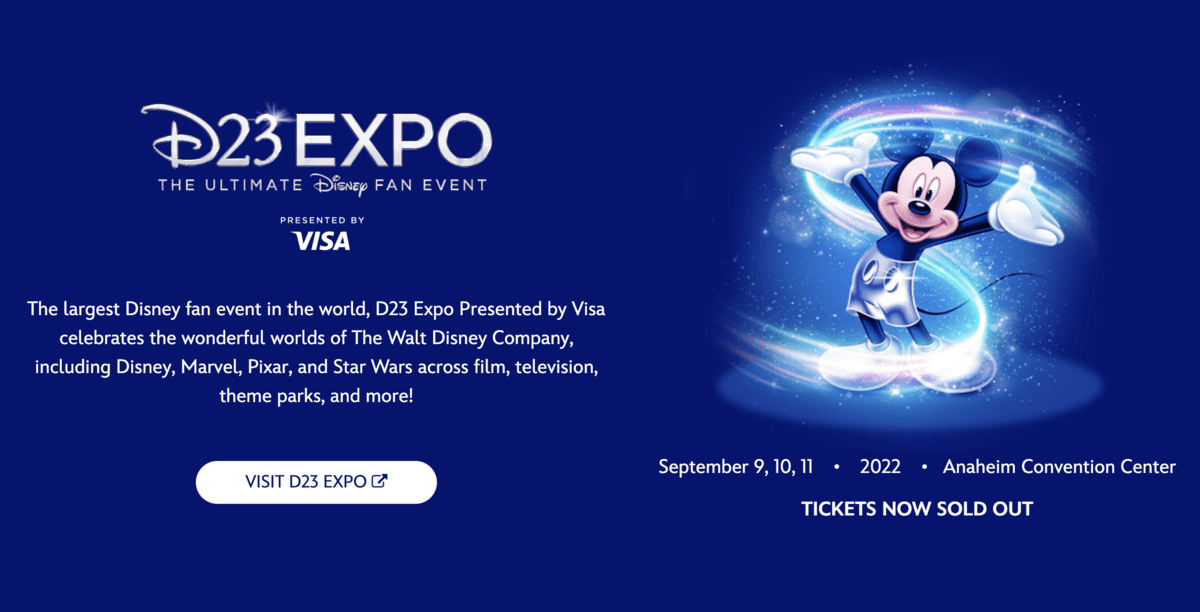 There are a number of panels that are expected to be the highlight of the convention — including Disney100, Disney Branded Television, and Disney Parks, Experiences, and Products. Here is more information on those events from the D23 website:

Disney100 kicks off at D23 Expo on Friday, September 9, at 10:30 a.m. with an epic presentation that includes the Disney Legends Awards Ceremony, featuring Disney CEO Bob Chapek. The Disney Legends Ceremony will once again honor those visionaries and artists who have made significant contributions to the Disney legacy. Look for the names of the 2022 inductees to be announced in the coming weeks.

At 3:30 p.m. [September 10], Disney Branded Television, home to some of the most iconic stories and characters in the Disney canon—including Peabody Award winners Doc McStuffins and The Owl House, plus the culture-defining movie franchises High School Musical and Descendants—will present an exclusive showcase of upcoming content that will continue the legacy of excellence in storytelling. The showcase will feature talent appearances and never-before-seen sneak previews of original content for Disney+, Disney Channel, and Disney Junior, including looks at the new Disney+ Original series National Treasure, American Born Chinese, and The Santa Claus.

At 10:30 a.m., join Disney Parks, Experiences and Products Chairman Josh D’Amaro for a look at Disney’s boundless future. With announcements and updates on the magic happening around the world in parks, on the high seas, at home, and beyond, attendees will get a behind-the-scenes look at the big dreams of Disney Imagineers. Every Disney fan will want to be a part of this special presentation full of exciting news and surprises. 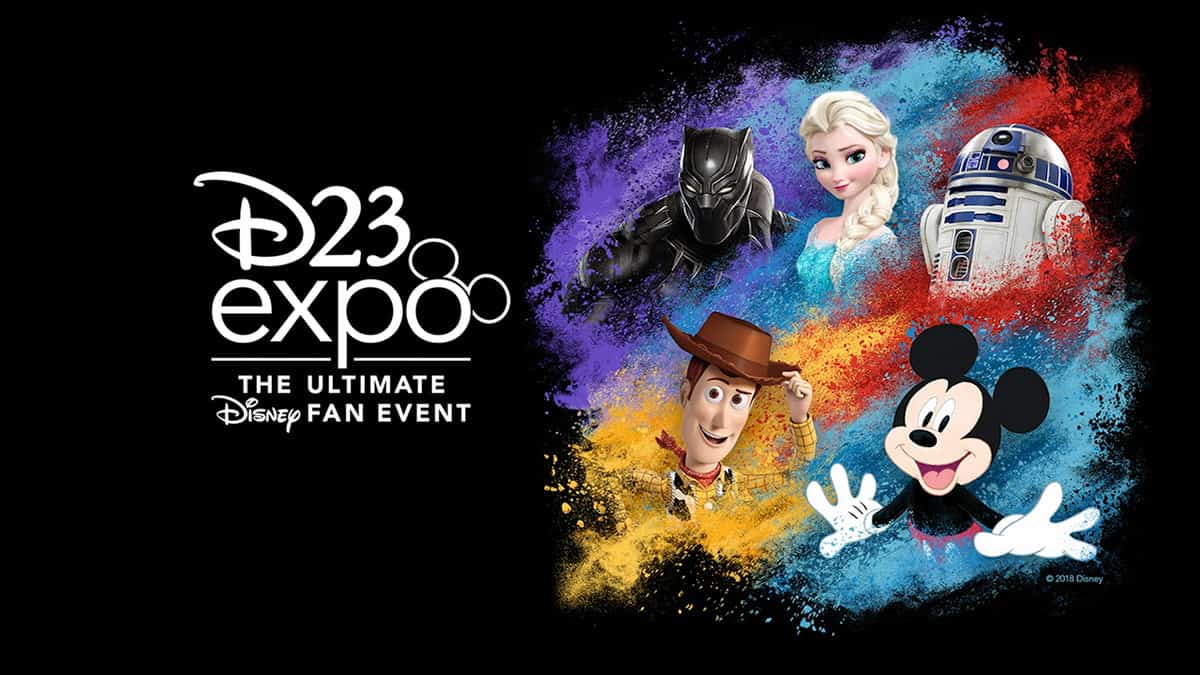 D23 members attending the Expo will also be able to wrap up their time in Anaheim by watching the Disney Princess – In Concert event. That will take place at 4:15 p.m. on Sunday, September 11. There will also be several shopping opportunities, including the all-new D23 Expo Marketplace and the D23 Music Emporium, where some of Disney’s most popular soundtracks will be available on vinyl. 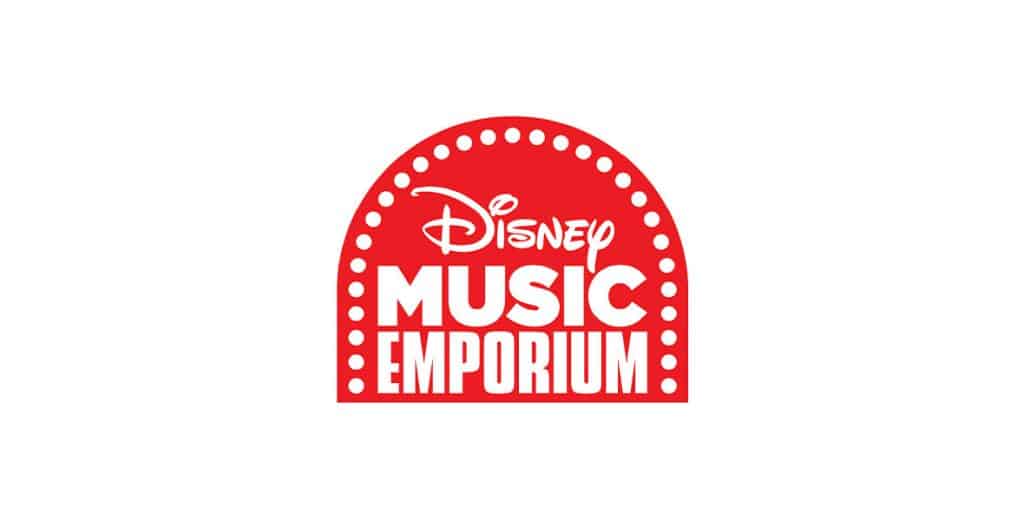 If you already have your tickets to the D23 Expo and you would like to visit Disneyland Park or Disney California Adventure at Disneyland Resort, you can purchase discounted theme park tickets through the D23 website. You can read more about the Expo and D23 — the official Disney fan club — by visiting the D23 website or by clicking here. 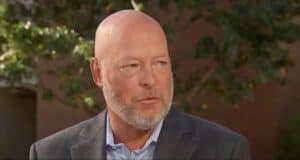