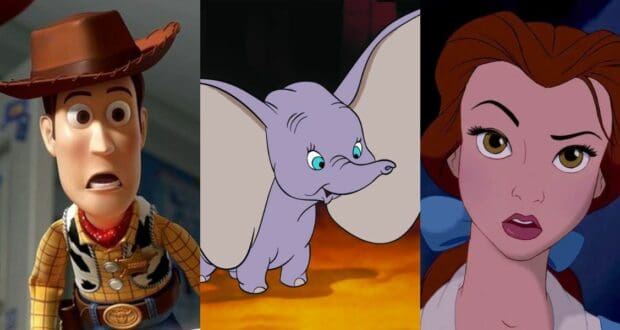 It’s time for Disney family movie night! Before you pop the popcorn and snuggle up on the couch, viewers may want to be aware of what parents have voted as Disney’s top 10 most problematic films.

If you’re a Disney movie buff, chances are you make it a point to see all Disney drops in theaters and on its streaming platform, Disney+. From the classic Disney movies to what seems like an endless supply of live-action Disney films, we, too, have seen them all.

As Disney works to appeal to its many different audiences, there have been old and new films getting caught up in the “problematic” umbrella.

“This program includes negative depictions and/or mistreatment of people or cultures. These stereotypes were wrong then and are wrong now. Rather than remove this content, we want to acknowledge its harmful impact, learn from it and spark conversation to create a more inclusive future together. Disney is committed to creating stories with inspirational and aspirational themes that reflect the rich diversity of the human experience around the globe.”

In addition to old films sparking a content warning, new films have been among controversy. The Disney Pixar film Turning Red (2022) has been discussed for its openness to a woman’s menstrual cycle. Two of Disney’s newest films have shared same-sex relationships found in Disney Pixar’s Lightyear (2022) and Disney’s Strange World (2022).

A parents survey pulled together by Parents provides a list of the ten most problematic Disney films as shown below:

While it is not shared why each film is ranked the way they are, Parents recommend talking to children about racism, tolerance, and diversity when watching such films.

Even though many of these are older, nostalgic films being deemed “problematic,” Disney has released live-action remakes of The Jungle Book (2016), Beauty and the Beast (2017), and Dumbo (2019).

In addition to those live-action films, Disney is also working on the release of live-action films, including Bambi (2023), The Little Mermaid (2023), Peter Pan (2023), Snow White and the Seven Dwarfs (2024), and The Aristocats (release year yet to be determined).

With all these live-aciton remakes, what’s to come from Disney’s Animation Studios? The big 2023 film is titled Disney’s Wish, with all the details here.