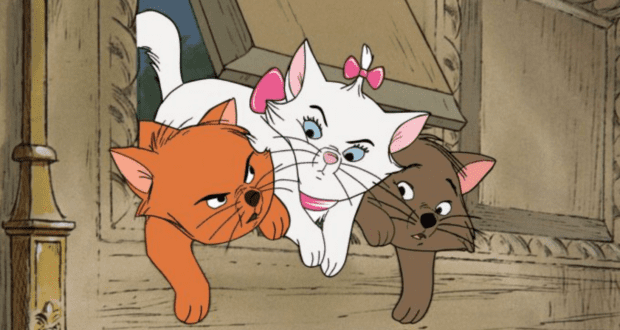 Disney’s at it again with yet another classic piece of animated Disneyana in line for a live-action makeover.

According to Deadline.com, the Mouse looks to make over the cats in a new project inspired by Walt Disney Animation Studios‘ 20th animated feature from 1970, The Aristocats, which was released on Christmas Eve that year. 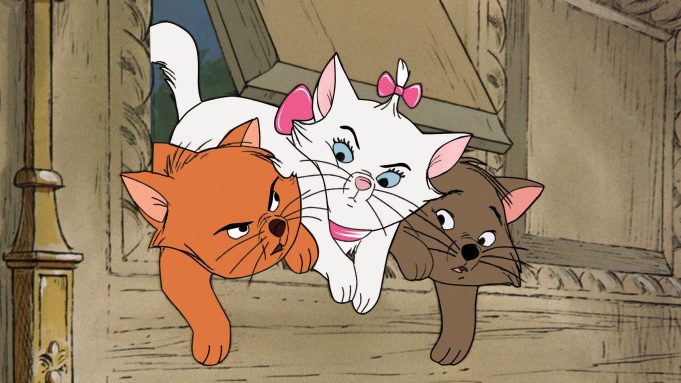 The Aristocats is based on a book about an actual family of cats that inherited a fortune in 1910. The Disney animated version of the story tells the tale of Madame Adelaide Bonafamille, a member of the aristocracy in France in the early 1900s who enjoys living a quiet life with her snow-white cat, Duchess, and Duchess’s three kittens: Berlioz, Marie, and Toulouse, who are each inclined in the arts. Madame Bonafamille’s butler Edgar also lives in the home.

When Edgar discovers that the Bonafamille fortune is being willed to the Madame’s feline family, Edgar takes matters into his own hands. Perhaps The Aristocats is the feline offering to Disney’s canine smash of the same era, 101 Dalmatians (minus dozens of puppies and a fur-making villainess).

When the original animated feature debuted almost 52 years ago, it did so with a star-studded cast lending their uber-unique voices to the screenplay. The original film features the voices of Phil Harris (the voice of Baloo the Bear in Disney’s The Jungle Book), Eva Gabor, Hermione Baddeley, Dean Clark, Sterling Holloway (the voice of Winnie the Pooh), Paul Winchell (the voice of Tigger), the Scatman Brothers, Roddy Maude-Roxby, and George Lindsey (Goober from The Andy Griffith Show).

Louis Armstrong was originally slated to voice Scat Cat, who was written with the name “Satchmo Cat.” But when Satchmo himself was too sick to go to the recording studio, the role was offered to the Scatman Brothers.

The live-action version of The Aristocats will be written by Will Gluck and Keith Bunin. Bunin is credited with writing the script for PIXAR’s Onward, and Gluck’s resume includes family-friendly flicks like Peter Rabbit 2, which he just finished directing.

Because the film is so early in development, not many details are known at this time, so stay tuned!