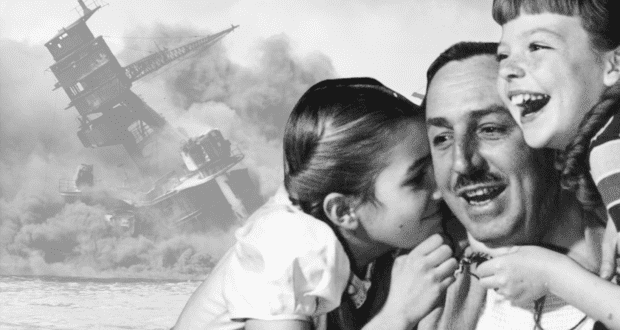 Walt Disney was a talented visionary, and when it came to his beloved animated features, Disney had a greater talent in storytelling than perhaps in animating. One of the greatest examples of Walt’s gift for storytelling can be found in the form of the 1942 animated feature, Bambi, which celebrates its 80th anniversary this month. 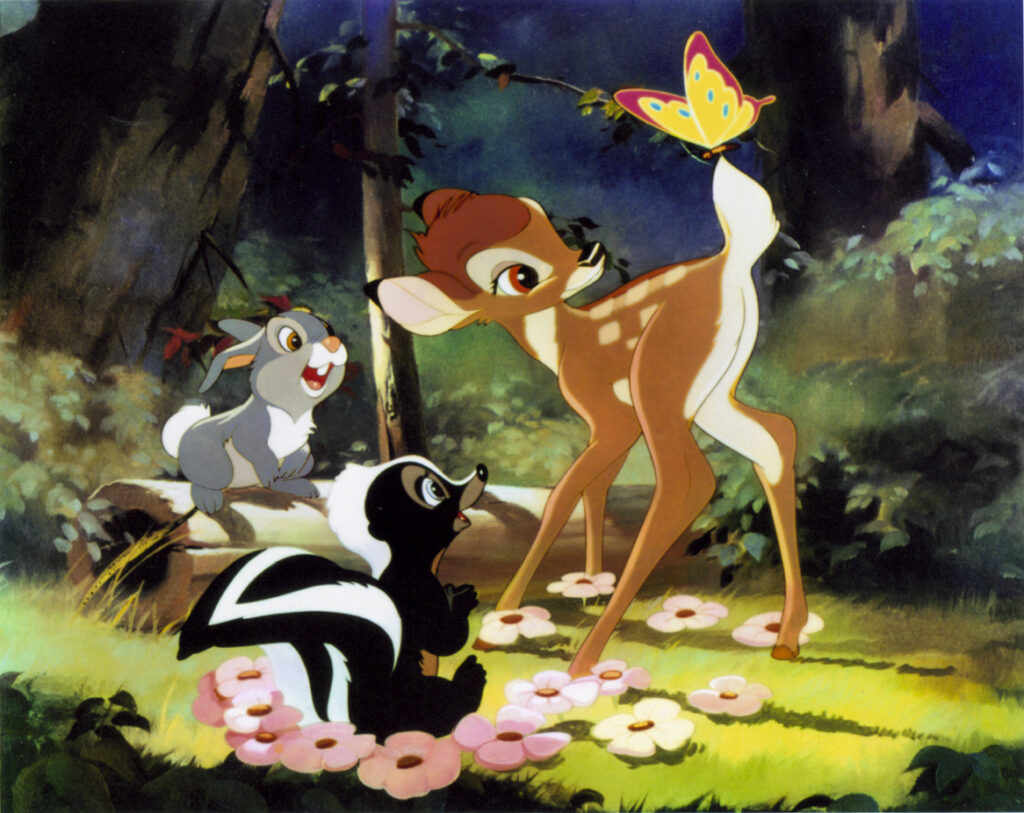 Bambi tells the story of a young buck and his mother, but as many who’ve seen the film know, the storyline carries the undercurrent found in many of Walt’s films–that of the loss of a parent, namely a mother. Because of this, the feature film has long been credited with “traumatizing” generations of children. But according to more recent reports, the film was slated to be even darker (and subsequently more traumatizing) than it already is. Here’s why.

First, the death of Bambi’s mother was originally written to take place onscreen. According to Metro UK, the film initially included storyboarding that, if followed, would have depicted Bambi’s mother shot onscreen. (Why? For the love of hope, why??) Horrifying. But thankfully, a thoughtful writer was on hand to deter the production and animation team from such an atrocity. (Leave it to the writers to save the day!) 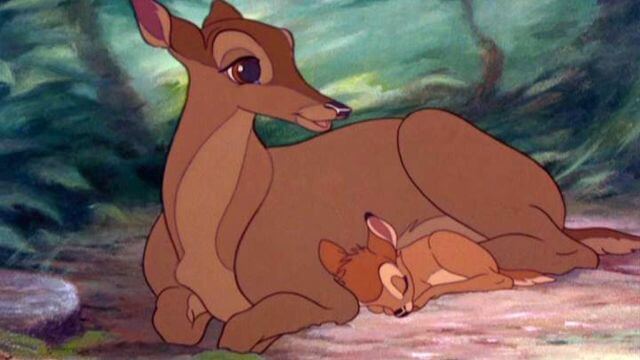 Hats off to Disney writer Larry Morey, who helped to make the decision NOT to have Bambi’s mother’s shooting depicted for audiences to witness. It was Morey who suggested, from a storytelling standpoint, that the death would have just as much impact if it occurred off-screen, without the added traumatization that an onscreen killing would have afforded the young audiences who gathered to watch Mr. Disney’s 1942 film.

Diane Disney, Walt’s oldest daughter, reportedly begged her father to rewrite part of the storyline for the feature film, leaving out the part in which the hunter shoots Bambi’s mother. Walt refused, however, justifying his indignation by telling her that he was bound to stick to the original story of Bambi.

But some have pointed out that Disney “had taken other liberties” within the story, and thus, he could have changed this part as well. But Walt was quoted as saying, “Life is composed of lights and shadows, and we would be untruthful, insincere, saccharine if we tried to pretend there were no shadows.”

I love Walt, but that’s a pretty dark perspective on a children’s film–or any film for that matter, especially one produced and released shortly after the attack on Pearl Harbor.

“Bambi” didn’t sit well with many, in light of the attack on Pearl Harbor

Bambi was produced and released during World War II, just 8 1/2 months after Japanese planes delivered a surprise attack on the United States Naval Base at Pearl Harbor in the then-territory of Hawaii, killing more than 2,300 Americans. 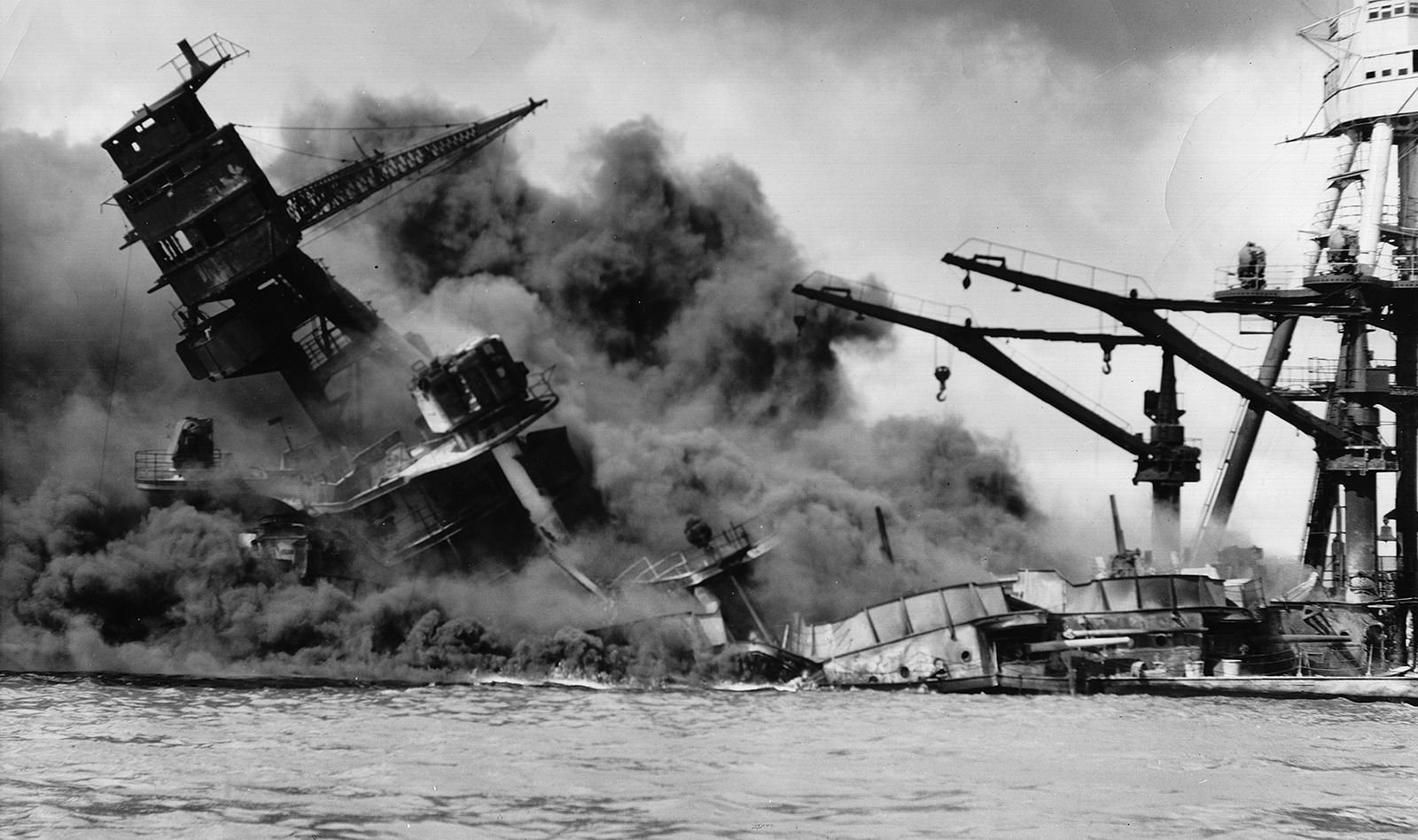 At that time in history, no one needed or wanted reminders about guns, killings, and death, even if they were delivered in the form of an animated film about the harsh realities of nature and the dangers wild animals sometimes face because of human intervention.

The story of “Bambi” was intended for adults

Disney’s adaptation of Bambi came from a 1923 book titled, Bambi: A Life in the Woods, written by Felix Salten, and the original story is far more traumatizing. In addition to Bambi’s mother being killed, the gruesome story includes Bambi’s father discovering the body of a human who was shot, in an effort to prove that humans are also mortal creatures. 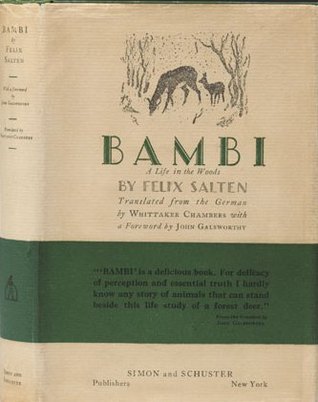 And so, on that note, we’d like to say “Happy birthday” to Disney’s Bambi–80 years of introducing sorrow and trauma to children at a very young age with a film based on a gruesome book for adults.

2022-08-17
+Becky Burkett
Previous: Want to Watch ‘Avatar’ Before the Sequel Comes Out? You’ll Need to Pay
Next: OpEd: Dear Disney, We’re Your Loyal Guests, Not An “Unfavorable Attendance Mix”