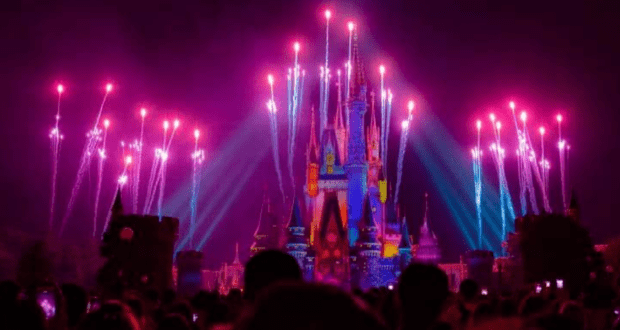 UPDATE: The news report sourced for this post was found to be fake news, per Disney Parks. Read the update here.

As many Disney fans know, the Walt Disney Company has 6 incredible theme parks throughout the world — Walt Disney World Resort in Florida, Disneyland Resort in California, Tokyo Disney, Shanghai Disneyland, Hong Kong Disney, and Disneyland Paris. No matter how many Resorts Disney has, some people would always like to have another option. And, according to an article from New Straits Times, Disney is planning on building the biggest theme park in Southeast Asia.

Per The New Straits Times, Disney is planning on building the Resort in Melaka (also spelled Malacca), Malaysia. The report says that Disney plans to have the Resort completed by 2027.

A Disneyland theme park and Disney City will be built on 80.9ha of land in Jasin, here, by the year 2027.

It is set to be the biggest such theme park in Southeast Asia.

State Heritage and Culture Committee chairman Datuk Muhammad Jailani Khamis proudly announced that the development of the theme park will be the first in Asean, coming after the ones in China, Europe and Japan.

“After more than 20 years, we will have our very own new theme park and even though it might not be so large I feel that it will be more than enough to live up to the Disneyland name which is an achievement and feat in itself to be brought to our shores.

“The theme park will improve and further add to our goal to achieve the target of 20 million tourists in a span of just three years and return to the original landmark of 18.7 million tourists that we manage to attract back in 2019.

“Disneyland has been in the planning, and we are looking into the possibility of it being in the district of Jasin. We cannot reveal the exact location just yet, but the size of the project, the theme park is expected to be between 150 and 200 acres (6.7 to 80.9ha),” he disclosed. The cost of the Resort is estimated to be RM2 billion, in Malaysian currency, which translates to more than $440 million U.S. dollars.

2022-11-16
Krysten Swensen
Previous: You’re Running Out of Time to BYPASS Disney’s Latest Price Hike. Here’s What to Do.
Next: The Perfect Thanksgiving Disney Movie List for Your Family