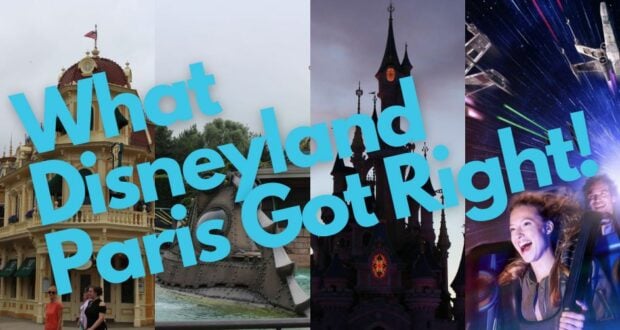 What Disneyland Paris Got Right!

If the land of fairytales, castles, and macarons are as enchanting to you as they are to me, this article is for you! That’s right, today we are talking about Park details at Disneyland Paris. This Disney Park, located in Paris, France, was originally named Euro Disneyland and opened to the public on April 12, 1992. Since then, some major updates have been made to this Disney Park location- including the addition of Walt Disney Studios Park and Disney Village and a name change to Disneyland Paris in 1994!

Die-hard Disney fans love to get into the details. From digging into attraction backstories to keeping up with Park news or comparing Park locations and attractions- we are all about it. I love my “Disney home base” at Walt Disney World Resort, but (dare I say it?) there are some details about Disneyland Paris that I love more than Disney World. This is what Disneyland Paris got right!

One of the neatest hallmarks of Disneyland Paris is the walk-through attractions. While Disneyland Paris does not have as many rides as Walt Disney World, they also have walk-through attractions for Guests to explore at their own pace. Exploring these areas makes me feel like I am stepping into Disney stories- I love it! Exploring Sleeping Beauty Castle to see the enchanted spindle and spinning wheel, walking through the story pictured on stained glass windows, and looking out from the castle’s balcony is incredible. 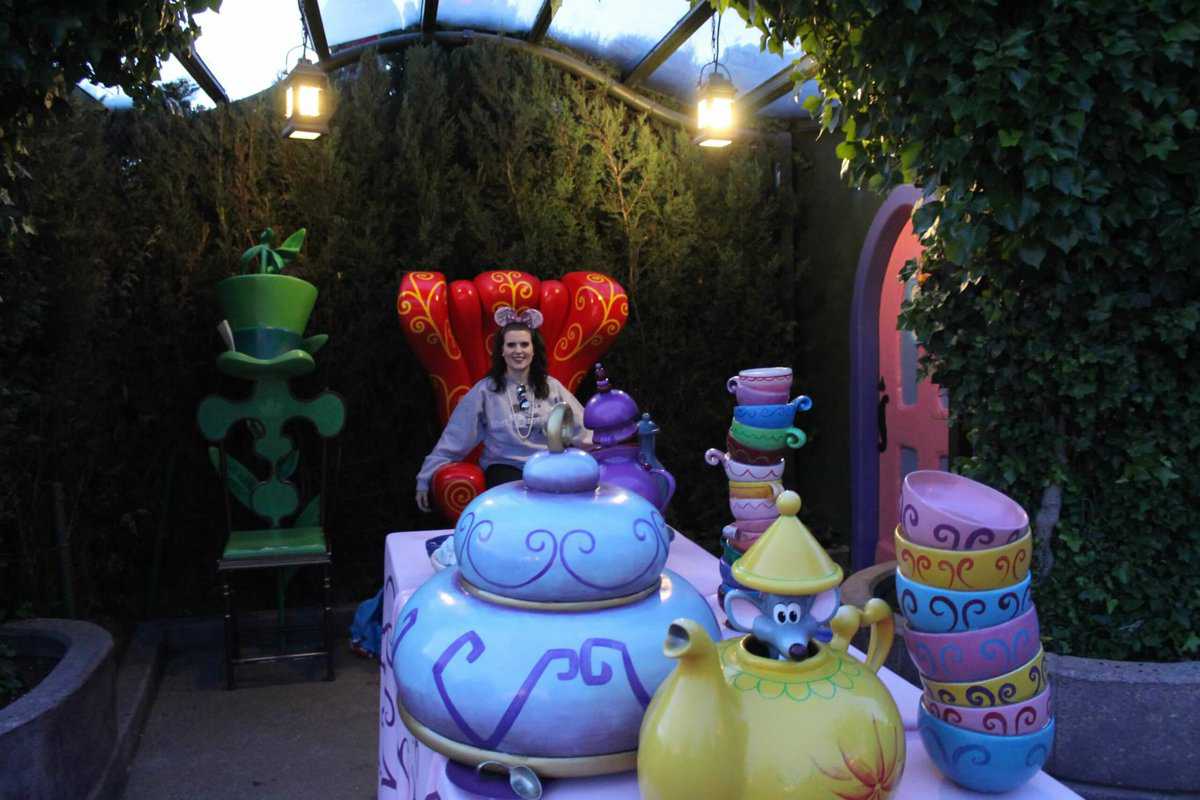 A fort in Frontierland, the picture window story walk-through of Aladdin in Adventureland, and the opportunity to walk-through Captain Hook’s ship and Skull Rock are all super fun attractions to enjoy in the Park. Guests can even head over to Discoveryland to tour the Nautilus from 20,000 Leagues Under the Sea. My favorite of all the walk-through attractions is Fantasyland! You’ll feel like you’ve stepped through the looking glass when you visit Alice’s Curious Labyrinth walk-through attraction. Wander the maze to see the smoking caterpillar, attend a very merry unbirthday party and even have the chance to climb inside the Queen of Heart’s Castle! 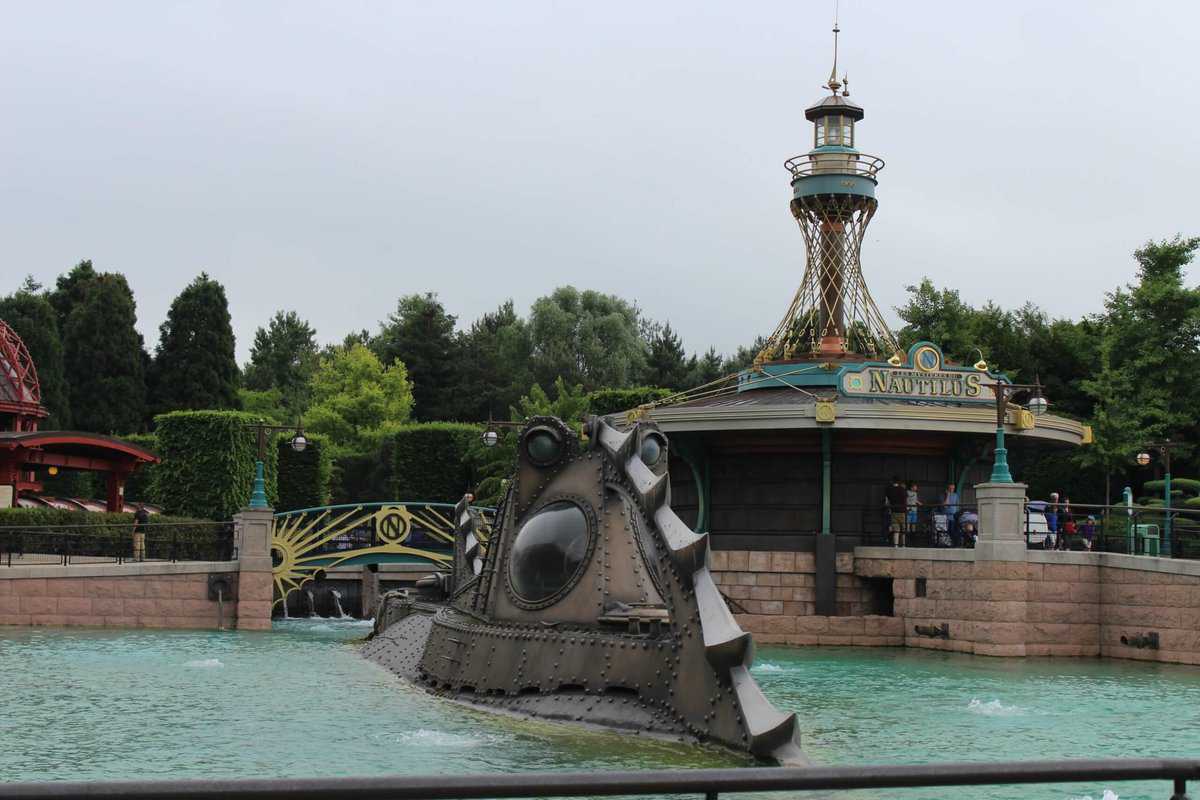 There is, of course, the Swiss Family Robinson Treehouse now renovated and renamed Tarzan’s Treehouse in Disney World’s Adventureland that Guests can climb and explore. Still, Disneyland Paris does this unique attraction type well, and I’m a huge fan! 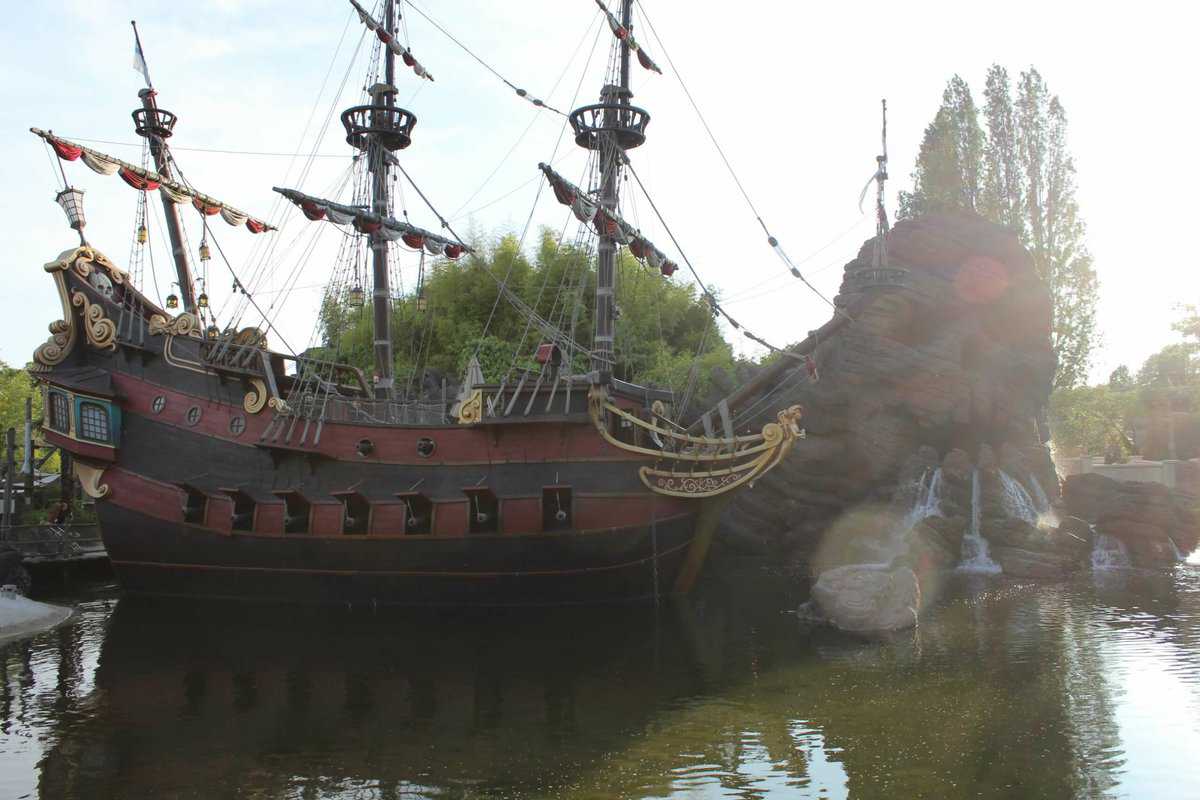 Arcades at the Back of Main Street, U.S.A. 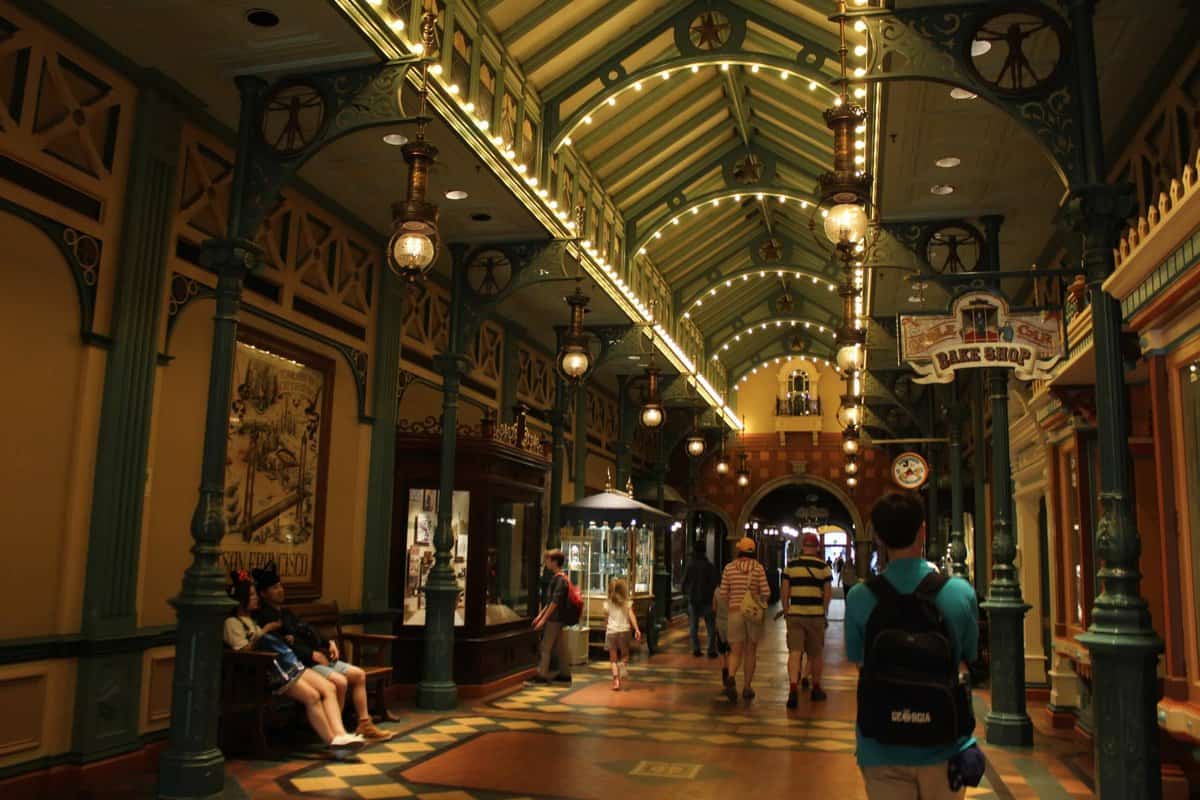 Nope, not a video game arcade. I’m talking about covered and decorative walkways. Get this, Disneyland Paris has covered arcades (alleys) at the back of each side of Main Street, U.S.A.  This means you can exit the back door of shops along the street to access restrooms, benches, and water fountains in the alleyway. The alleys are a great way to exit the Park quicker without the need to dodge Guests standing in the middle of Main Street, U.S.A. taking castle photos.

If you’ve visited Walt Disney World at peak seasons (or competed in a RunDisney event), you may have been directed through the walkway behind Main Street, U.S.A., on the Tomorrowland side of the Park in the Magic Kingdom. Opening up this extra walkway always means traffic can disperse easier, but the walk is not aesthetically pleasing. I loved everything about this Main Street, U.S.A. feature when I explored the arcades at Disneyland Paris and really wished it were a feature at Walt Disney World.

Homage to Those Classic Disney Films and Characters

I am a Disney movie buff, and so naturally, I adore the classic Disney films. Live action or animated, I love the nostalgia, artistry, and details in Disney movies that are too often forgotten. Though Walt Disney World is clearly the showstopper in the way of theme Parks, I loved seeing the Fantasyland attractions that explored older Disney films at Disneyland Paris.

Peter Pan’s Flight was different from the Walt Disney World version and had a longer ride time with extra scenes. Stepping into the world of Alice in Wonderland and riding through the stories of Pinocchio and Snow White were incredible experiences that I wish I could relive again and again at Walt Disney World. 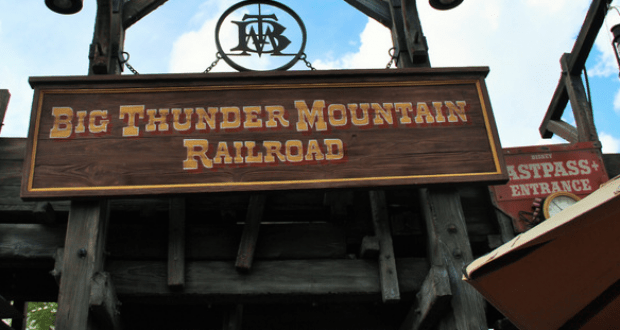 My hot take is that Disneyland Paris does the “wildest ride in the wilderness” better than my home Park – Disney World. Perhaps this can be attributed to a newer ride design.  Regardless, I found Big Thunder Mountain Railroad at Disneyland Paris to be much smoother and even more fun than the Walt Disney World version of the ride.

The ride content and scenery were similar in many ways- geysers, gold rush town details, and funny wayward farm animals. However, Disneyland Paris’ Big Thunder Mountain Railroad had a longer ride time and even went through an underwater tunnel! Above all, I loved the smoother ride this coaster provided. I would be one happy Guest if I could enjoy such a smooth ride on Walt Disney World’s Big Thunder Mountain! 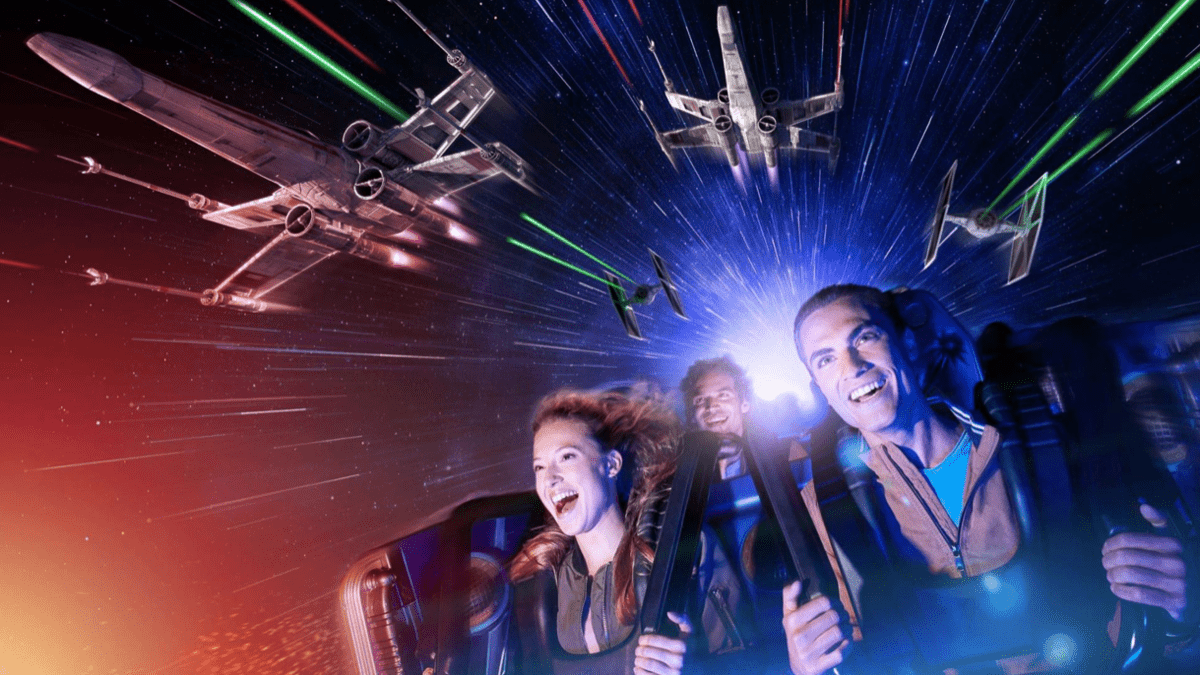 Think Star Wars meets thrilling coaster, and you have this Discoveryland staple. This smooth and fast coaster transports Guests into the world of Star Wars and screens a battle to destroy the Death Star as Guests loop through curves and drop on the coaster in the dark. The takeoff reminded me of Aerosmith’s Rockin’ Rollercoaster at Hollywood Studios, and the following curves, turns, and drops were such an adrenaline rush. Hyperspace Mountain did not disappoint!

The Storybook Land Canal ride or Le Pays des Contes de Fées at Disneyland Paris is a slow boat ride through the magical cities of Disney stories. This outdoor ride takes Guests by Arrendelle, Beast’s Castle, the London scene in The Sword in the Stone, and several other magical cityscapes as music from each film play.  Sure, this slow-moving ride may be boring to some people, but my family loved it! There is nothing like a good, chill theme park attraction staple.

An Ode to Mr. Toad 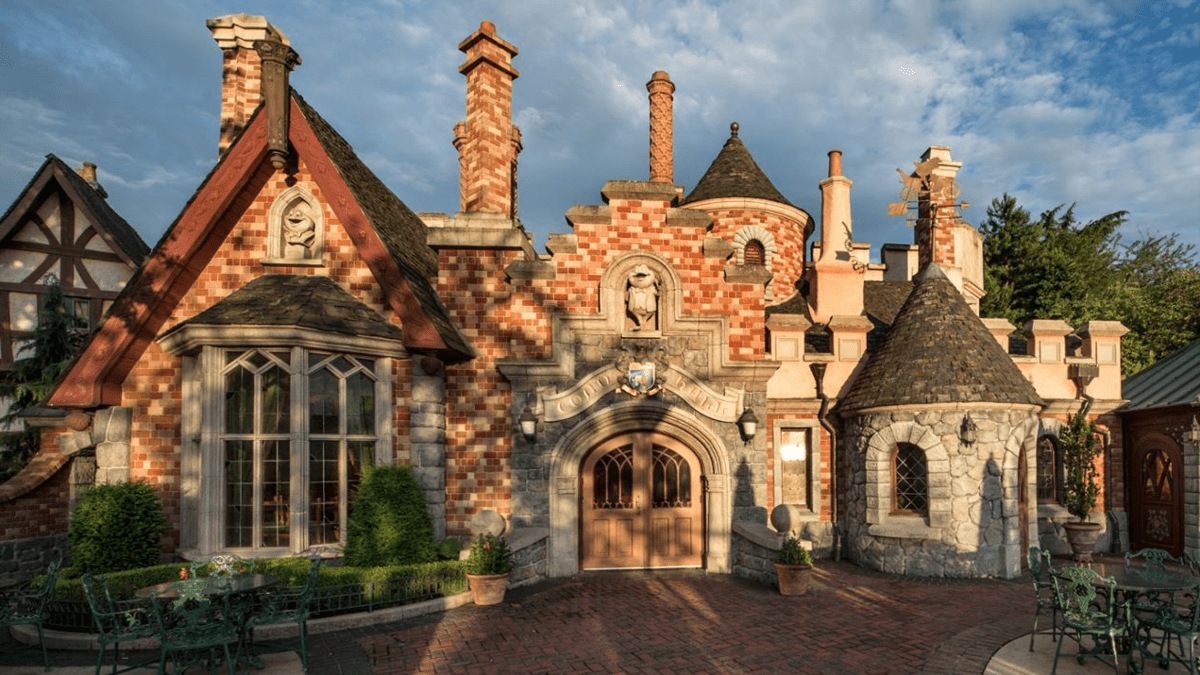 One of my all-time favorite Disney movies is The Adventures of Ichabod and Mr. Toad. Walt Disney World moved Mr. Toad’s Wild Ride out of Fantasyland well over a decade ago to make space for a new attraction, The Many Adventures of Winnie the Pooh. While the changes have obviously been a huge success, Mr. Toad fans like me were a bit sad to hear that there is no ode to Mr. Toad in Walt Disney World’s Magic Kingdom.

Lucky for Toad lovers, Toad Hall is a staple piece of Fantasyland in Disneyland Paris and serves up quick-service cuisine like fish and chips. Sure, a ride would be better than a restaurant but I’m still a fan of this Disneyland Paris replica of Toad Hall. After all, Toad Hall ranks on my list of all-time best Disney houses, so I love exploring it during visits to Disneyland Paris Park! 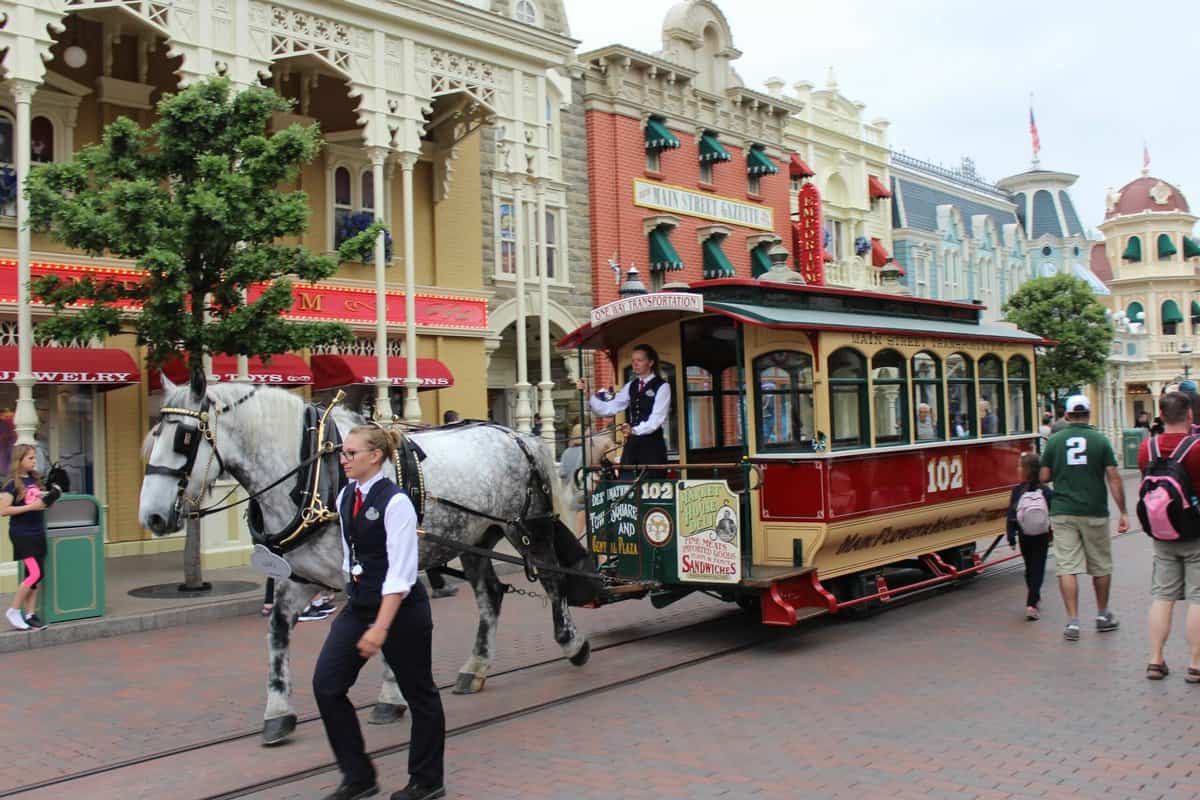 While Disneyland Paris has no Barnstormer Coaster like Walt Disney World, they do have a bit smoother and more classic Disney coaster.  Casey Junior Circus Train from Disney’s Dumbo drives Guests around storybook rides in circus animal cages towed by that adorable choo-choo train, the one and only Casey Junior.  This coaster is nothing short of adorable, and we wish Walt Disney World had a version for us stateside Disney fans to enjoy! 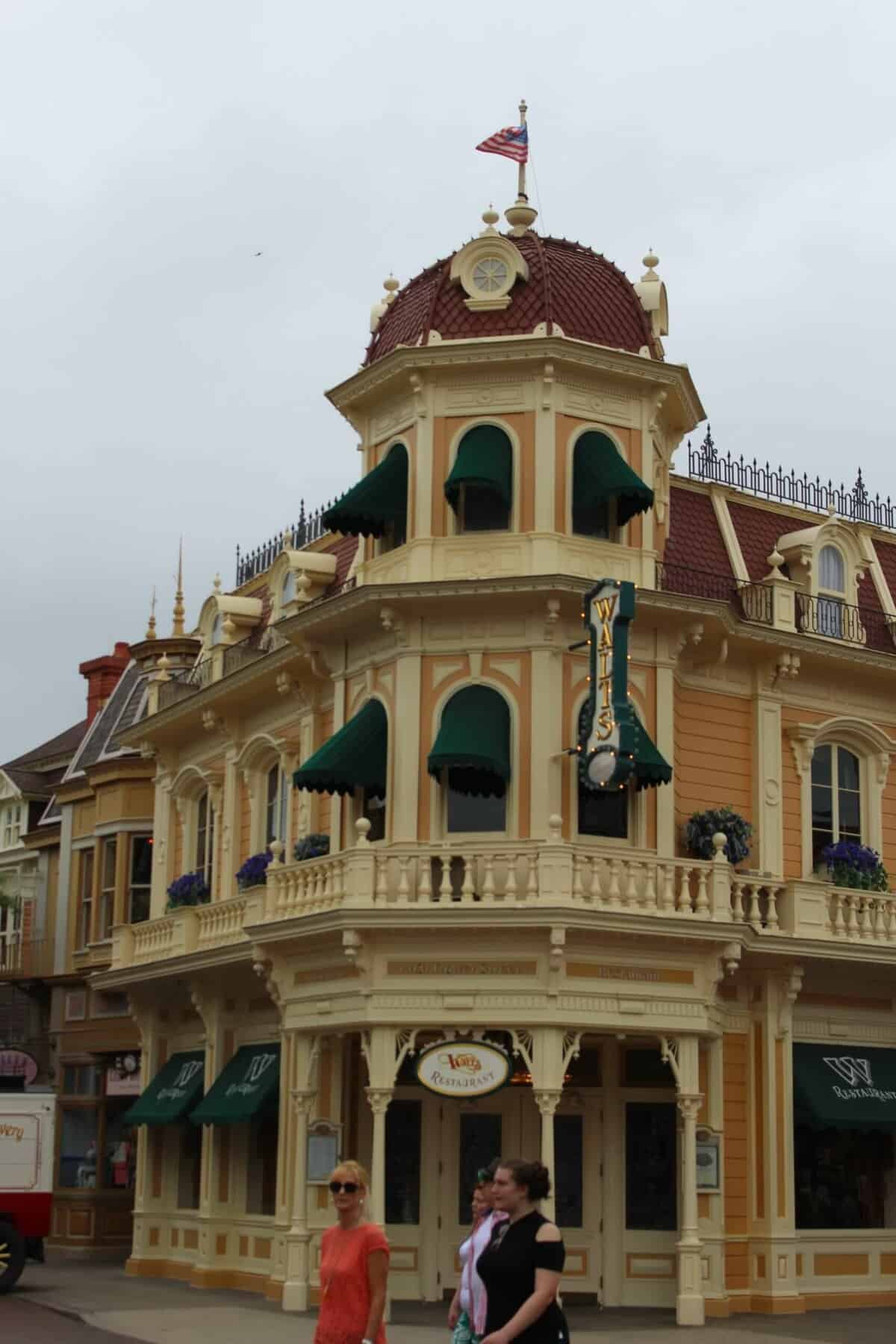 Think nostalgic American cuisine and Victorian-era décor, and you have Walt’s Restaurant at Disneyland Paris. This beautiful restaurant is reminiscent of the beloved memories of Walt Disney’s childhood home of Marceline, Missouri. Main Street, U.S.A. is one of the most charming but easy-to-forget sections of each Disneyland/Disney World Park, so I love that this dining experience is a staple on Main Street, U.S.A. at Disneyland Paris Park.

If this list has inspired you to plan a vacation to Disneyland Paris… Great! We have just the place to start. From learning what Disney Hotel to stay at to getting the details on Park ticket purchase and answering questions about Disneyland Paris Resort, we have you covered. Scour the Unofficial Guide to Disneyland Paris to begin your vacation planning. 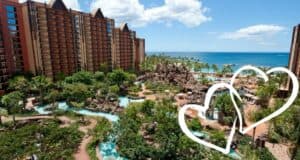 Can You Feel The Love Tonight? The Most Romantic Disney Resorts