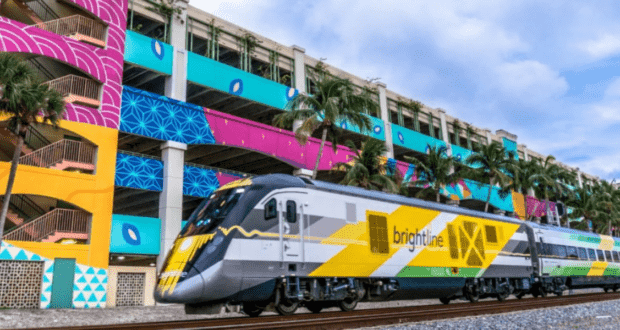 When Disney’s Magical Express ended earlier this year, a big gap in coverage between Orlando International Airport and Walt Disney World was created. Disney likely hoped that people would utilize their Minnie Van service. But the price proved too high for many to tolerate when similar services were available at a much lower cost. Enter Brightline.

The rail service is currently building a high-speed train that will travel through the state of Florida, providing access to many of its most popular destinations. In November 2020, Disney and Brightline made a joint announcement that a stop would be added on Disney property at Disney Springs. Most people saw this as a welcome addition and, though not complimentary like Magical Express, most accepted this as a reasonable replacement. 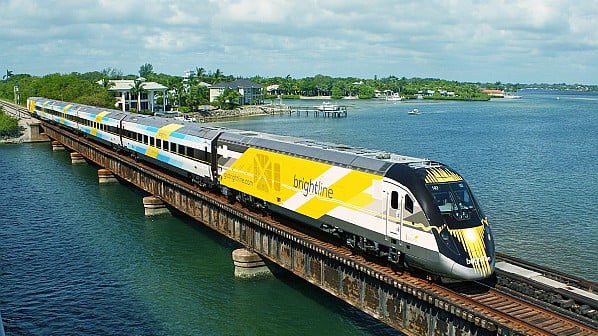 Just months after the bus service ceased operations though the announcement was made that the Brightline stop in Disney Springs was canceled.  Disney cited a new route for the train service, which made the connection impossible, saying, “As many people who are involved in this project are aware, the new route configuration does not support a Disney Springs station, and as a result, we don’t anticipate being part of this project.”

“Now what?” We all thought. I myself had resigned to just driving instead of flying from now on. However, recent developments indicate that the project may be back on, just without Disney’s involvement.  Stakeholders developed a plan that they call “The Sunshine Corridor,” which will add two new stations and integrate with Brightline’s inner-city rail service. This will effectively connect the airport with Universal Orlando, Sea World, and, most interestingly, Disney World with the high-speed service. The new Disney station will not be on Disney property, and likely Disney will not service it within its own transportation network (which will still add to the frustration of getting on property, but an Uber from right outside the gates is much cheaper than an Uber from the airport). 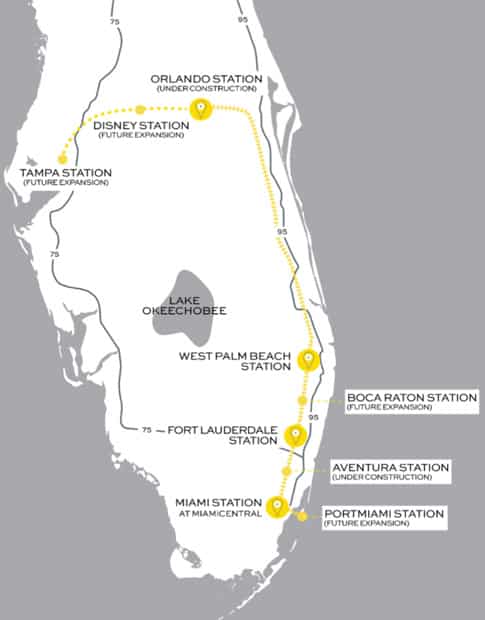 Recently the SunRail Central Florida Commuter Rail Commission unanimously voted in approval for The Sunshine Corridor. This brings the project one step closer to reality and gives theme park goers a new option for travel between the airport and their theme park destination of choice. Construction is well underway, and Brightline expects service to begin between Orlando International Airport and South Florida sometime in the first half of next year. Construction has not yet begun on the Orlando portion of the route, and no timelines have been given on when to expect the service to be operational.