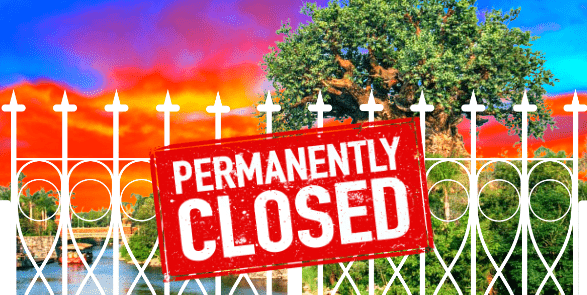 The “poor financial state” of Disney’s Animal Kingdom could be the reason behind rumored plans for the closure of the animal- and conservation-themed park at Walt Disney World.

Things have not gone well for The Walt Disney Company in the last year, and the fallout is being seen, heard, and felt by C-level execs, Cast Members, Guests in the parks, and fans of all ages. There’s no shortage of bad Guest behavior at Disney’s theme parks, and the situation is so out of hand that Disneyland and Disney World just issued stern warnings to anyone planning to visit the parks.

In 2022 alone, Walt Disney Company stock took a 44% tumble, making it the worst year for Disney’s stock since 1974. Last year also marked the third anniversary of the rollout of the Disney+ streaming platform, which has still not seen a profit. And Disney’s fourth-quarter earnings call in early November spotlighted less-than-expected revenue and paved the way for the removal of CEO Bob Chapek just before Thanksgiving.

RELATED: Nancy Pelosi Loses a Fortune Because of The Walt Disney Company

Now, rumors about the viability of Disney’s Animal Kingdom are swirling, and speculation says Disney World will close its fourth theme park in 2024.

One outlet has reported on the possible closure of Disney World’s Animal Kingdom, saying in part:

“Animal Kingdom is the largest of all the Disney [theme] parks around the world at over 500 acres. The cost per acre is astonishing, as well as the day to day costs. Kilimanjaro Safaris is the main reason for the high costs. This attraction is 110 acres. That’s larger than Magic Kingdom! It’s also home to 34 species of wildlife. Disney spends a ton of money feeding and taking care of these unique animals.”

The report suggests that the expenses associated with feeding and caring for thousands of animals, coupled with low attendance at Animal Kingdom, has rendered the theme park less than viable. It also points out other problems at Disney’s Animal Kingdom, even going so far as to say that the park no longer has any perks.

“We are seeing many other issues at Animal Kingdom as well. The Yeti still doesn’t work on Expedition Everest. That was an expensive mistake. Primeval Whirl has been demolished. Animal Kingdom has nothing going for it right now. Disney’s Animal Kingdom may be closing permanently. This is due to high costs and low revenue with it being the least visited Disney Park.”

But no part of this “report” sounds viable.

That’s because while it’s true that the Yeti inside the Expedition Everest attraction fell into disrepair shortly after the ride opened and has yet to be repaired, the state of the ride’s villain is hardly cause for a park closure. Additionally, Disney’s Animal Kingdom is reportedly the fifth most attended Disney theme park in the world–hardly a park with such minimal attendance, that it would be forced to close.

RELATED: The Yeti Finally Gets “Fixed” at Expedition Everest Attraction And it goes without saying that the park is home to thousands of animals–many that are large animals or endangered species–that rely on Cast Members and the veterinary staff for their daily care, and the closure of such a park would be such a magnificent undertaking, even if only the animals’ livelihood were at stake. It simply doesn’t ring true.

News shared at the 2022 D23 Expo in September may be to blame for the wild rumors about Animal Kingdom. On the third day of the Expo, during the Parks Panel, news of upcoming changes at Disney World’s fourth park was shared. Disney’s President of Parks, Experiences, and Products, Josh D’Amaro, talked about a revamp coming to Animal Kingdom’s Dinoland, U. S. A. Very few details were given, but D’Amaro did share a piece of concept artwork for the revamped area.

Details about changes at Disney’s Animal Kingdom related to Dinoland, U. S. A., continue to be scarce, and as they remain part of a developing story, we will continue to provide updates as they become available.

2023-01-13
+Becky Burkett
Previous: Why Your Family Will Love a Disney Cruise
Next: Have You Had These Exotic Animal Kingdom Experiences?