A Guest-favorite spot at Disney’s Animal Kingdom is now a thing of the past, and most Guests didn’t even get to say goodbye.

Dinoland U.S.A. has long been the place to go inside Disney’s Animal Kingdom for those who have dreams of one day being a paleontologist, those who love roadside carnivals and the midway, and those who want to experience the magic of Disney Parks through dinosaur-colored glasses.

The tiny area of Animal Kingdom was constructed to resemble a roadside attraction like the ones you might find off Route 66. In fact, the whole area sits atop what looks like a paved patch of interstate highway, and the story of Chester and Hester (which many Guests have never even heard) keeps fans coming back year after year. 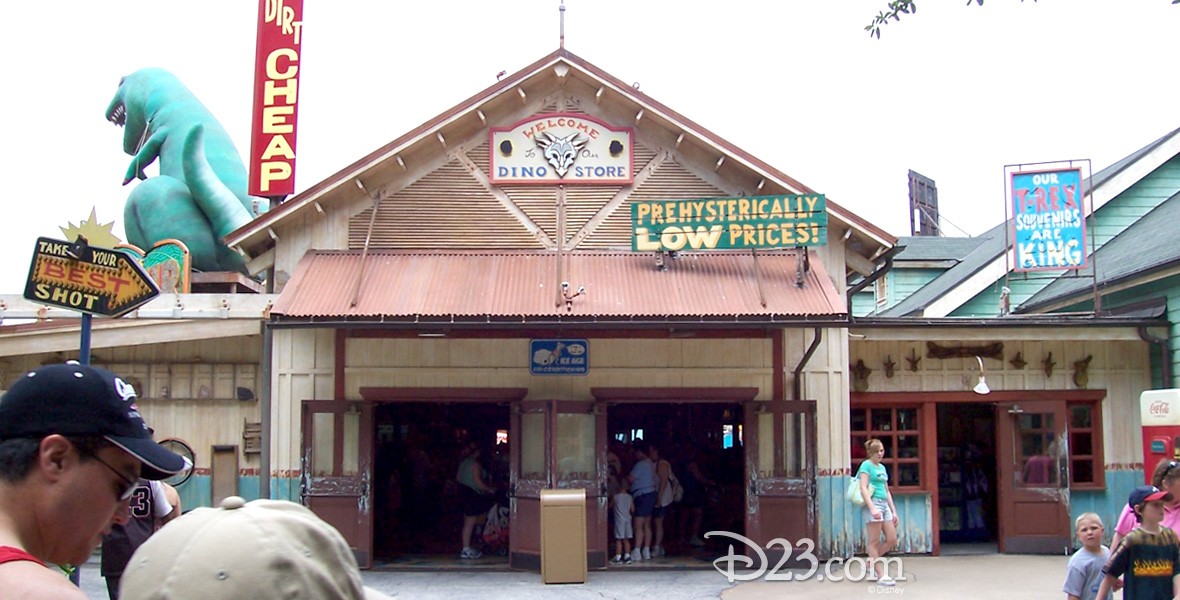 But sadly, the Guest-favorite area has been through several changes of late, and the area is simply not the same as it used to be. In the more recent past, the area lost an attraction that once upon a time offered a FastPass+ option because it was so popular. Primeval Whirl was a kiddie coaster and spinning teacup-type attraction combined (with a side of time travel), and Guests of all ages found it wildly entertaining.

Sadly, it was taken down piece by piece and is now only a thing of the prehistoric past.

Now, another Guest-favorite spot at Dinoland has been removed. Though it was not nearly as eye-catching as Primeval Whirl, Dinoland U.S.A.’s Dino Diner was the go-to place for Guests who wanted a quick snack while they were visiting the roadside location inside Disney’s Animal Kingdom. 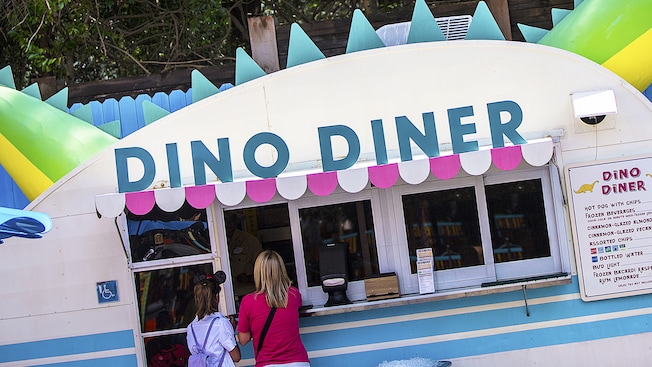 Located inside a tiny teardrop trailer, the “diner” featured a menu that included hot dogs, chips, glazed nuts, drinks, beer, and even Frozen Bacardi. Depending on the time of year in the parks, Guests could see a long trail of hungry patrons, waiting in line to buy sodas and a quick snack to carry around while they enjoyed the rest of the dinosaur-themed land. 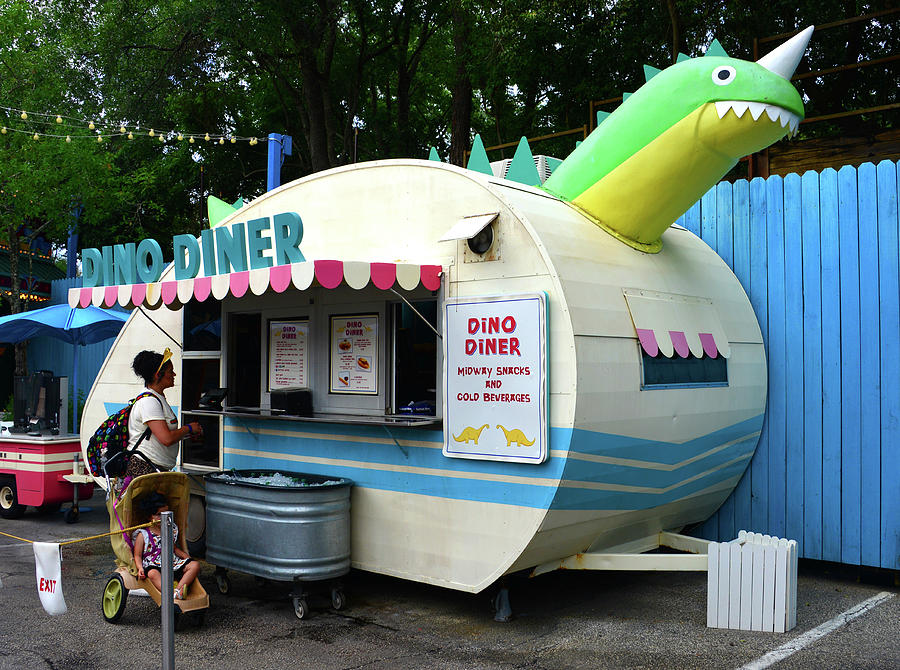 RELATED: Wife Arrested for Attacking Her Husband at Disney’s Animal Kingdom Over the ‘Stress of Their Vacation’

Earlier this year, many Guests noticed that Disney World’s iconic hide-behind shrubbery had been positioned in front of the trailer, leaving many to wonder if the location were soon–like the dinosaurs–to become a thing of the past, and it seems that time has come.

On Disney World’s website today, the page for Dino Diner is, itself, extinct.

Whether because the location didn’t evolve into something bigger, or because the space is being reimagined for something else, Guests will no longer get their hot dogs and chips at the tiny teardrop-shaped diner along the roadway at Dinoland.

Perhaps Guests at Disney World 10,000 years from now will find relics, fossils, and other remnants of the location that once flourished at Dinoland U.S.A.