The Walt Disney World Resort is known for its amazing family-friendly attractions that are created so that Guests of all ages can enjoy them together. While this is certainly true for a majority of attractions found throughout the Disney Parks, there are also a decent amount of experiences that can be considered thrilling and have strict height requirements for safety as well as just plain scary. Every Guest is aware of overtly scary attractions like the Haunted Mansion with its Ghost Host, Madame Leota, Doom Buggies, and Hitchhiking Ghosts, The Twilight Zone Tower of Terror with its eerie happenings and ghosts, Dinosaur with moments of terror in pure darkness, and Expedition Everest – Legend of the Forbidden Mountain with a gruesome Yeti. 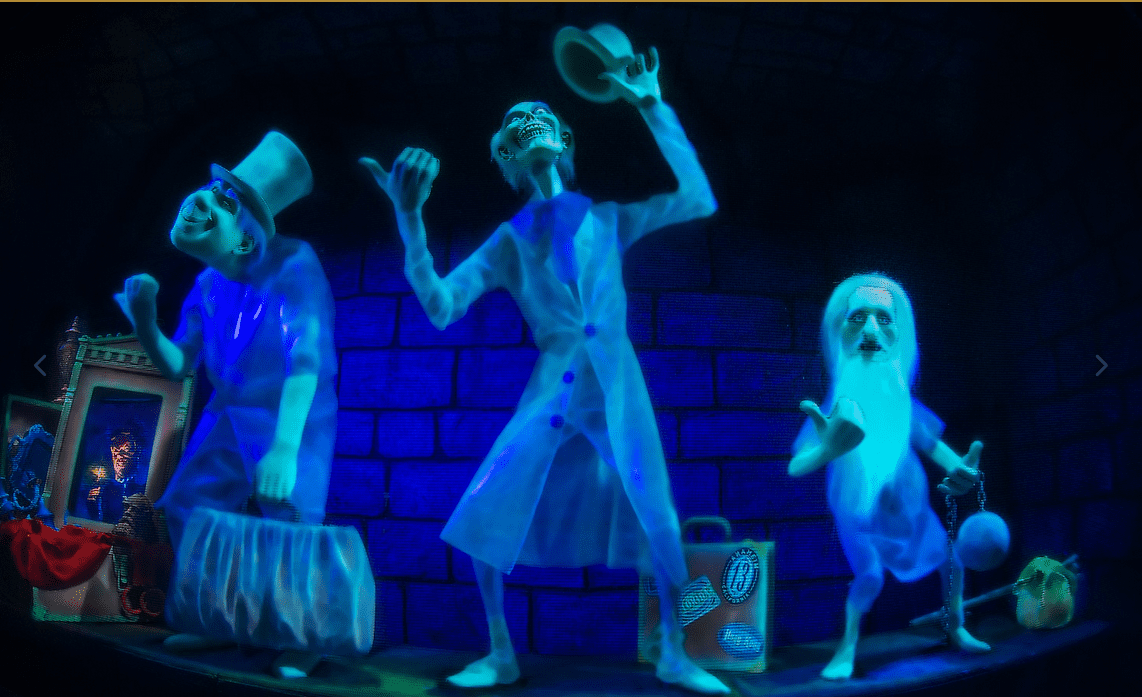 While these attractions are widely known for being scary, there are a handful of other attractions that have some pretty surprising scary moments that might catch smaller Guests off guard. In fact, the Walt Disney World Resort even renamed the extinct Snow White’s Adventures in the Magic Kingdom to Snow White’s Scary Adventures to warn Guests of frightening moments. While this warning was overt, other attractions have some surprise scary moments that Guests of all ages can appreciate knowing about before experiencing.

Let’s check out some of these scary moments so that Guests can be prepared on their next trip to the Walt Disney World Resort. The Tree of Life in Disney’s Animal Kingdom is the focal point of the Disney Park and features beautifully detailed carvings of animals along its bark and roots, but the icon is also home to a wonderful attraction nestled within the tree itself. It’s Tough to be a Bug! is a fun 3D show that is hosted by Flik from A Bug’s Life and features a massive cast of bugs who aim to teach Guests about how insects are not scary, but beneficial to Earth. While there are plenty of humorous and fun moments throughout the show, including a big musical finale, It’s Tough to be a Bug! takes a briefly dark turn when Hopper appears and attempts to teach Guests a lesson for squashing so many bugs. The lights dim, fog roll sin, the music swells, and black widow spiders descend from the ceilings above in a moment of dark chaos that can easily frighten younger Guests. Pirates of the Caribbean in the Magic Kingdom is one of the most beloved attractions at the Walt Disney World Resort, but there are some moments that can definitely be considered scary for younger Guests. After boarding the boats and setting off, Guests move through a series of moody caves that are dimly lit, filled with skeletal remains of pirates of the past, and feature an eerie voice warning that “dead men tell no tales.” With just the right amount of creepy, these caves and the small drop that follows can be considered scary for younger Guests. Immediately after the drop on Pirates of the Caribbean, Guests emerge in the midst of a raging seaside battle complete with cannon fire and Guests of all ages can easily find themselves startled when one of the cannonballs splashes a little too close to the boat and soaks unsuspecting individuals! 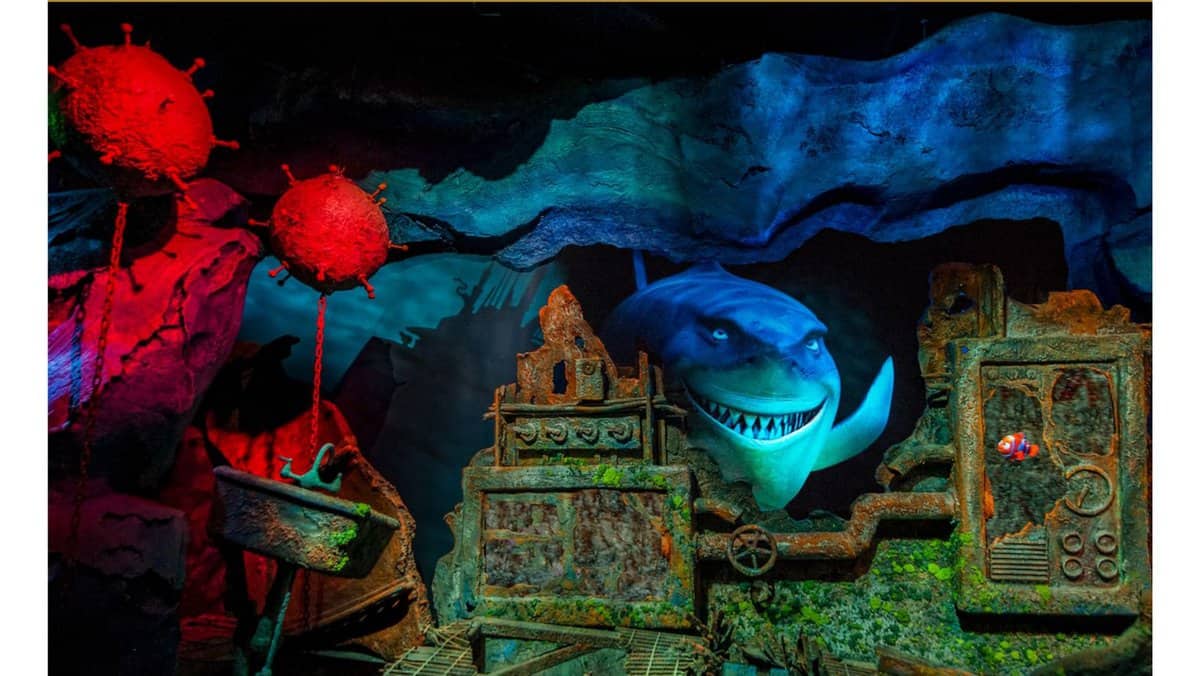 EPCOT’s World Nature is home to The Seas with Nemo and Friends Pavilion, which in turn, is home to an attraction of the same name that welcomes Guests into the oceans to embark on a fun and vibrant adventure with Nemo, Marlin, Dory, and friends. While there are lots of charming moments along the way, one moment, in particular, can be a little frightening for younger Guests thanks to the combination of darkness and surprise. A brief scene on The Seas with Nemo and Friends depicts the moment from the film where Dory and Marlin are in the dark depths of the ocean and find themselves being chased by an angler fish. The animatronic fish only appears for a moment or so, buts its large teeth and sudden movements in the darkness can definitely be a scary experience for younger Guests. 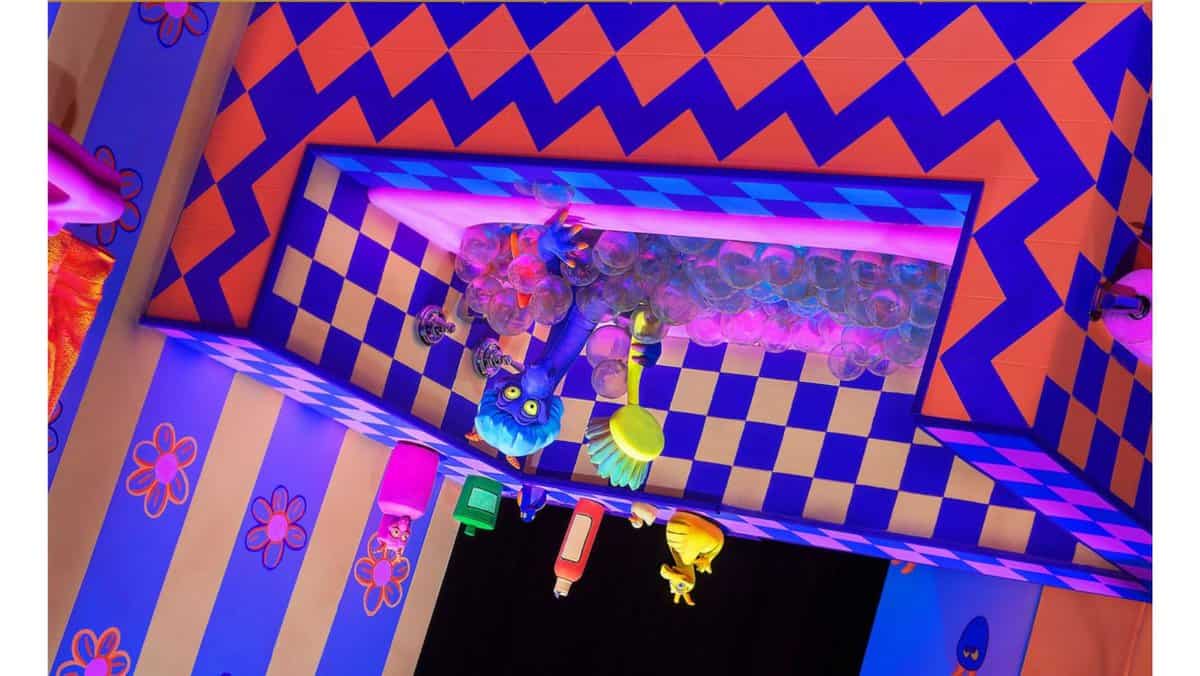 Journey Into Imagination with Figment

Okay, literally no Guest finds Figment frightening, but there are several moments throughout Journey Into Imagination with Figment that can catch small ones off guard and be considered surprisingly scary. While most scenes throughout the attraction are vibrant, whimsical, and fun, the Sound Lab brings Guests into a room with dark padded walls where Figment and Dr. Nigel Channing briefly discuss having a train of thought. This triggers the lights to go completely dark, fans to kick in, and loud horns and train wheels to blare from all around, immersing Guests in a sensory experience of being next to a moving train which can definitely be overwhelming to many.

Additionally, one of the last scenes of Journey Into Imagination with Figment features dozens of Figments cheerfully singing “One Little Spark” by the Sherman Brothers, but the scene is revealed with a large blast of air and sound followed by a fast moment of darkness. This startling reveal definitely can startle little ones or even older, unsuspecting Guests, although the vibrant scene that is revealed does help to ease the shock. 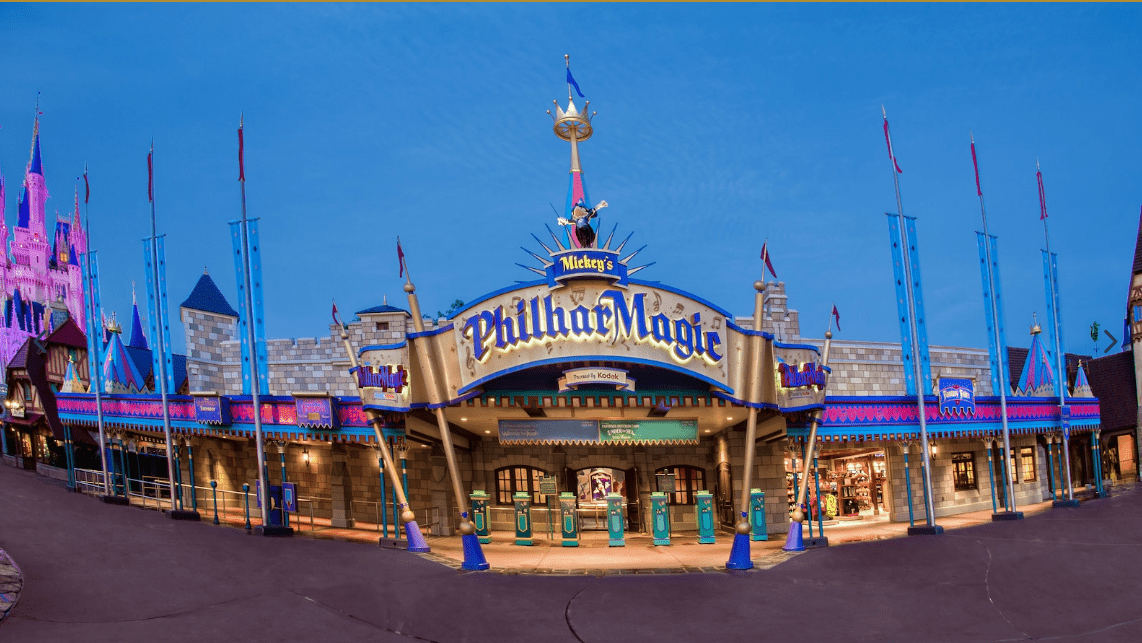 The final attraction that features a surprisingly scary moment for Guests can be found in the Magic Kingdom’s Fantasyland. Mickey’s PhilharMagic is an immersive 3D show that quickly goes awry when Donald steals Mickey’s sorcerer hat. What follows are a series of immersive scenes depicting favorite Disney characters and musical numbers, including “Be Our Guest” from Beauty and the Beast. At the end of the scene, a series of champagne bottles line up on either side of the screen and begin to burst open facing Guests, resulting in large gusts of air directly aimed at Guests in their seats. While it’s all in good fun, this can easily catch some Guests off guard and be considered startling!

It's Tough to be a Bug! Journe Into Imagination with Figment mickey's philharmagic Pirates of the Caribbean The Seas with Nemo and Friends 2022-10-21
Caitlin Kane
Previous: Long Lines in EPCOT? Enjoy These Experiences Instead!
Next: Joffrey’s Beverage Guide: Disney Springs Edition