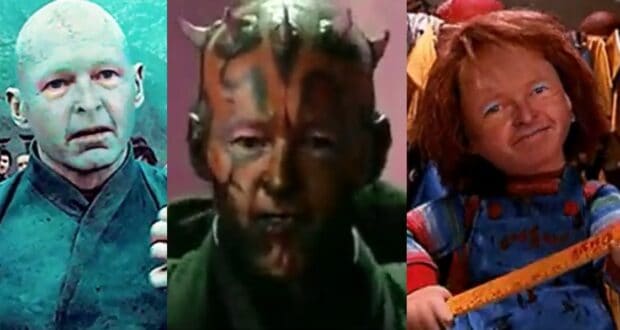 If there is one place to find your day’s fill of entertainment, we must say social media has it covered. Following along on Disney blogs on Facebook, Twitter, Instagram, and TikTok can keep one occupied easily with laughter, a few eye rolls, and overall surprise. If there is one name on Disney social media at the moment that isn’t highly supported, it is Disney’s CEO, Bob Chapek. As Bob Iger prepares for this retirement, many Disney fans have been overwhelmed by the changes arriving at Disney such as the upcharge service called Disney Genie+ and Lightning Lane replacing the former complimentary FastPass, removal of Disney’s Magical Express, upcharge for MagicBands, more expensive special-ticketed events, and even something as basic as Passholders now having to pay for the PhotoPass service. The little charges here and there are surmounting and Disney fans aren’t thrilled with one man in particular… Disney’s CEO Bob Chapek. Well, one Disney fan took to social media to share gifs of Disney’s Chief Executive Officer as famous villains.

@jrtoastyman has taken to Twitter to share: “Please enjoy this collection of gifs of Disney CEO Bob Chapek as several famous villains through movie and tv history. 1/?” His first gif below already has over 8.5 thousand views.

Keep scrolling down to see some of his latest Bob Chapek gifs as famous villains:

It looks like much time was spent by @jrtoastyman to create these Bob Chapek gifs… and they just keep coming. Do you place Bob Chapek in the villain category, or do you believe he is working to pull The Walt Disney Company back out of the pandemic days? It definitely would not be an easy job for anyone to handle, with former CEO Bob Iger to follow and COVID tugging at your shirt.